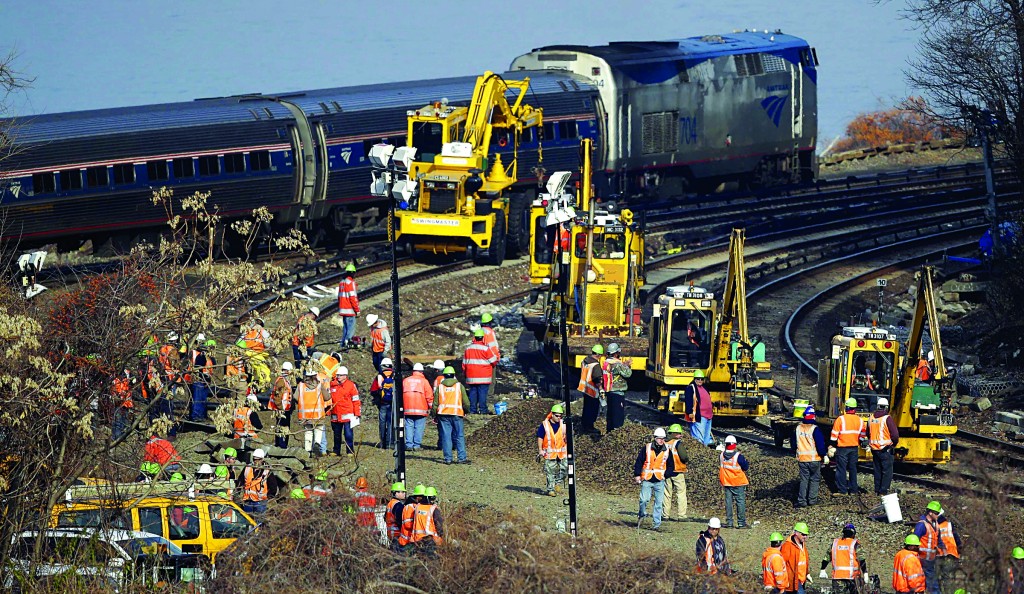 The revelation that a New York City commuter train derailed while barreling around a sharp curve at nearly three times the speed limit is fueling questions about whether automated crash-avoidance technology could have prevented the carnage.

Safety officials have championed what’s known as positive train control technology for decades, but the railroad industry has sought to postpone having to install it because of the high cost and technological issues.

Investigators haven’t yet determined whether the weekend wreck, which killed four people and injured more than 60 others, was the result of human error or mechanical trouble. But some safety experts said the tragedy might not have happened if Metro-North Railroad had the technology, and a lawmaker said the derailment underscored the need for it.

“This incident, if anything, heightens the importance of additional safety measures, like that one,” said U.S. Sen. Richard Blumenthal, a Democrat from Connecticut, also served by Metro-North. “I’d be very loath to be more flexible or grant more time.”

Gov. Andrew Cuomo said the NTSB findings make it clear “extreme speed was a central cause” of the derailment and vowed to “make sure any responsible parties are held accountable” after investigators determine why the train was going so fast.

“At this point in time, we can’t tell” whether the answer is faulty brakes or a human mistake, Weener said.

Investigators began talking to the train’s engineer Monday but postponed completing the interview, likely until Wednesday, NTSB spokesman Keith Holloway said Tuesday. Holloway wouldn’t say why; union leader Anthony Bottalico said it was because William Rockefeller hadn’t slept in almost 24 hours and was “very distraught.” He added that the engineer planned to have a lawyer accompany him to the interview.

“Billy is a very sincere guy. This is a man who is totally distraught by the loss of life, and he’s having a tough time dealing with that,” said Bottalico, the general chairman of the Association of Commuter Rail Employees.

The New York Police Department is conducting its own investigation with assistance from the Bronx district attorney’s office in the event the derailment becomes a criminal case.

Weener sketched a scenario suggesting that the throttle was let up and the brakes were fully applied way too late to stave off the crash. He said the throttle went to idle six seconds before the derailed train came to a complete stop — “very late in the game” for a train going that fast — and the brakes were fully engaged five seconds before the train stopped. It takes about a quarter-mile to a half-mile to stop a train going 82 mph.

A DNAinfo.com report says that investigators suspect Rockefeller may have dozed off in those critical few seconds before the crash. He woke up right before the curve and braked, too late to save the train from crashing.

Rockefeller, 46, has been an engineer for about 11 years and a Metro-North employee for about 20.

Positive train control, or PTC, is designed to forestall the human errors that cause about 40 percent of train accidents, and uses GPS, wireless radio and computers to monitor trains and stop them from colliding, derailing or going the wrong way. The transportation safety board has urged railroads to install PTC in some form since 1970, and after a 2005 head-on collision killed 25 people near Los Angeles, Congress in 2008 ordered rail lines to adopt the technology by December 2015.

Metro-North has taken steps toward acquiring it but, like many rail lines, has advocated for a few more years to implement a costly system that railroads say presents technological and other hurdles.

Steve Ditmeyer, a former Federal Railway Administration official who teaches at Michigan State University, said the technology would have monitored the brakes and would not have allowed the train to exceed the speed limit.

The Metropolitan Transportation Authority, which runs Metro-North, began planning for a PTC system as soon as the law was put into effect. After some early-stage work such as buying radio frequencies, the MTA awarded $428 million in contracts in September to develop the system for Metro-North and its sister Long Island Rail Road.

But the MTA has advocated for an extension to 2018, saying it’s difficult to install such a system across more than 1,000 rail cars and 1,200 miles of track.

On Sunday, the train was about half full, with about 150 people aboard, when it ran off the rails while rounding a bend where the Harlem and Hudson rivers meet. The lead car landed inches from the water.

Some of the injured remained hospitalized Monday, including seven in intensive care at one hospital and two patients in critical condition at another.

The train was configured with its locomotive in the back instead of the front. Weener said that is common, and a train’s brakes work the same way no matter where the locomotive is located. Ditmeyer said the locomotive’s location has virtually no effect on train safety.

Still, some people feel the configuration provides less protection for passengers because if the train hits something, there’s no locomotive in front to absorb the blow.

Repair work continued on Metro-North’s Hudson Line, which normally carries 26,000 weekday riders. On Monday night, workers used a backhoe to push pieces of damaged track off to the side, and then broke them up for disposal.

On Tuesday, dozens of workers in orange vests were hammering new tracks into ties. There was heavy equipment along the tracks; one worker pounded with a mallet.