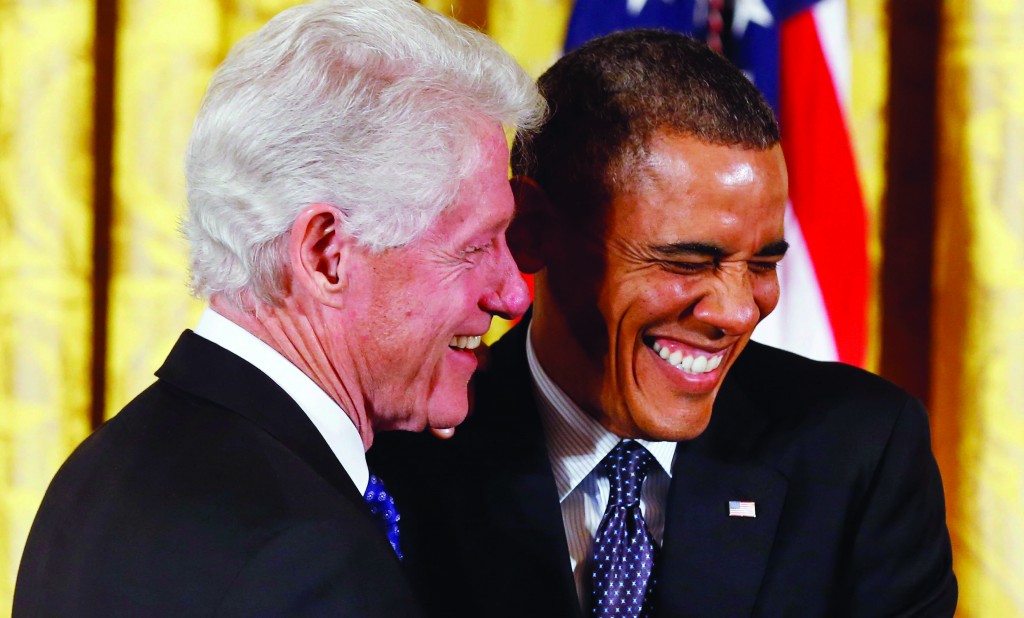 Honoring the legacy of John F. Kennedy, President Barack Obama laid a wreath at the assassinated president’s gravesite as a nation remembers that terrible day in Dallas a half-century ago Friday. Obama also recognized a group of distinguished Americans —including Bill Clinton — with the Presidential Medal of Freedom, an award created by Kennedy.

Obama was joined at Arlington National Cemetery on Wednesday by Clinton along with the widow of Robert F. Kennedy.

The day of tributes began at the White House, where Obama awarded the Presidential Medal of Freedom to 16 living and deceased Americans for their contributions.

“These are the men and women who in their extraordinary lives remind us all of the beauty of the human spirit, the values that define us as Americans, the potential that lives inside of all of us,” Obama said.

Kennedy established the modern version of the medal but was killed by Lee Harvey Oswald in Dallas on Nov. 22, 1963, weeks before he was to honor the inaugural group of recipients. Hundreds of notable figures since have received the honor.

Obama said a few words about each recipient.

Of Clinton, he said the Arkansas Democrat’s presidency marked just the start of his work to make the world a better place, crediting his post-presidency humanitarian efforts as helping to save or improve the lives of millions worldwide.

“I’m grateful, Bill, as well, for the advice and counsel that you’ve offered me, on and off the golf course,” Obama said, to chuckles.

As a teenager, Bill Clinton shook hands with Kennedy in the Rose Garden the summer before the assassination, when he and other high school students in the Boys Nation program came to Washington.

Obama was scheduled to deliver an evening speech at a dinner at the Smithsonian’s National Museum of American History honoring medal recipients. Kennedy’s grandson, Jack Schlossberg, the son of Kennedy’s only surviving child, Caroline, was to introduce Obama at the dinner.

On Friday’s assassination anniversary, Obama plans to meet privately at the White House with leaders and volunteers from the Peace Corps program, also established by Kennedy.

The Clintons’ presence at Kennedy’s gravesite was sure to spark speculation about whether Obama has a favorite in the 2016 race to succeed him.

Every move by the former secretary of state is being scrutinized for signs of whether she’ll run. Vice President Joe Biden, another potential candidate, attended only the White House ceremony.