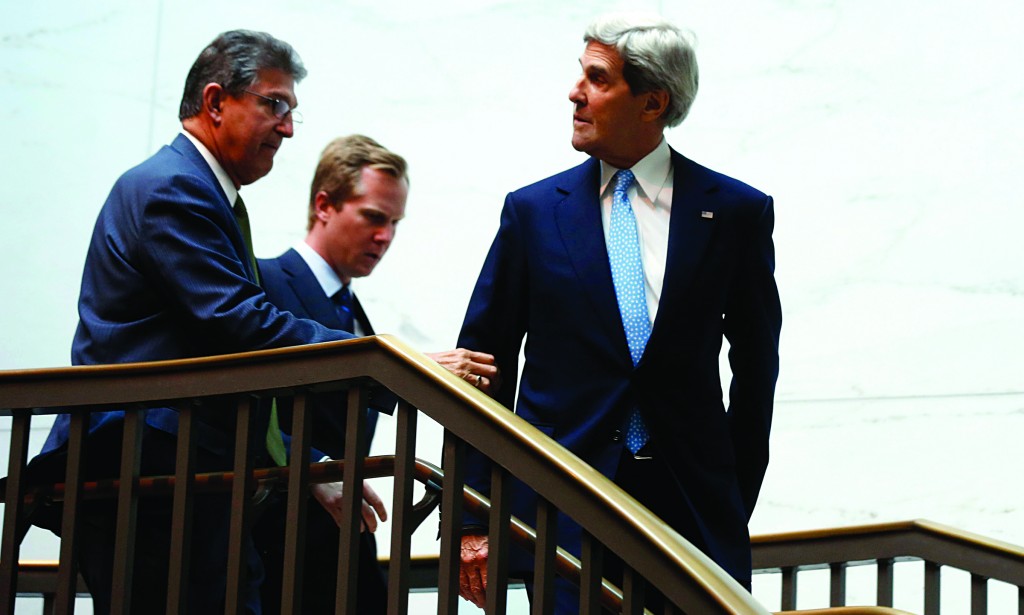 President Barack Obama urged Congress on Thursday not to slap Iran with new economic penalties that could disrupt diplomatic efforts to limit Tehran’s nuclear program, warning that the alternative, a military attack, would be “messy” and “difficult,” and would not prevent the Iranians from being able to build a nuclear bomb.

Even as he warned that the military option is “on the table,” Obama suggested at a news conference that the U.S. faces a stark choice between an interim deal that carries little risk and a bombing attack with unpredictable blowback.

“No matter how good our military is, military options are always messy, are always difficult, always have unintended consequences, and in this situation never complete in terms of making us certain that they don’t then go out and pursue even more vigorously nuclear weapons in the future,” he said.

Obama said that if the administration and other world powers seal an interim deal, the group would then have months to test whether Iran was committed to accepting curbs on its nuclear program. If the Iranians showed a lack of commitment, sanctions “can be ramped back up” to their current level, he insisted.

Many nations fear that Iran seeks a nuclear weapons capability, despite its denials.

Six world powers have offered Iran a deal under which it would freeze parts of its nuclear program in return for limited temporary relief from punishing sanctions on its oil trade and financial ties. The talks — which involve the U.S., Russia, China, Britain, France and Germany — are to resume next week.

U.S. defense and intelligence officials have voiced similar reservations about a military attack.

Yet Obama’s comments could open him to criticism from conservatives and possibly U.S. allies that a public display of his reluctance to go to war weakens the pressure he seeks to apply by saying that all options, including military force, are “on the table.”

Some European and Middle Eastern allies have argued that the United States needs to do more — such as building up its military forces around Iran — to make its threats credible.

But Obama is seeking this week to make a powerful case to Congress against adoption of new sanctions that could drive Iran from the negotiating table or unravel the international coalition that cut back trade with Iran in hopes of persuading it to accept limits on its nuclear program.

A bipartisan group of lawmakers, fearing that the pending deal doesn’t do enough to restrain Iran, are pressing for quick passage of tough new sanctions.

Critics of the likely interim deal, including Israel, contend that the world powers should use all their leverage to force Iran to accept an agreement that would dismantle its entire multibillion-dollar nuclear complex.