National U.S. Still in Fiscal Deadlock, But Looking for a Way Out
National 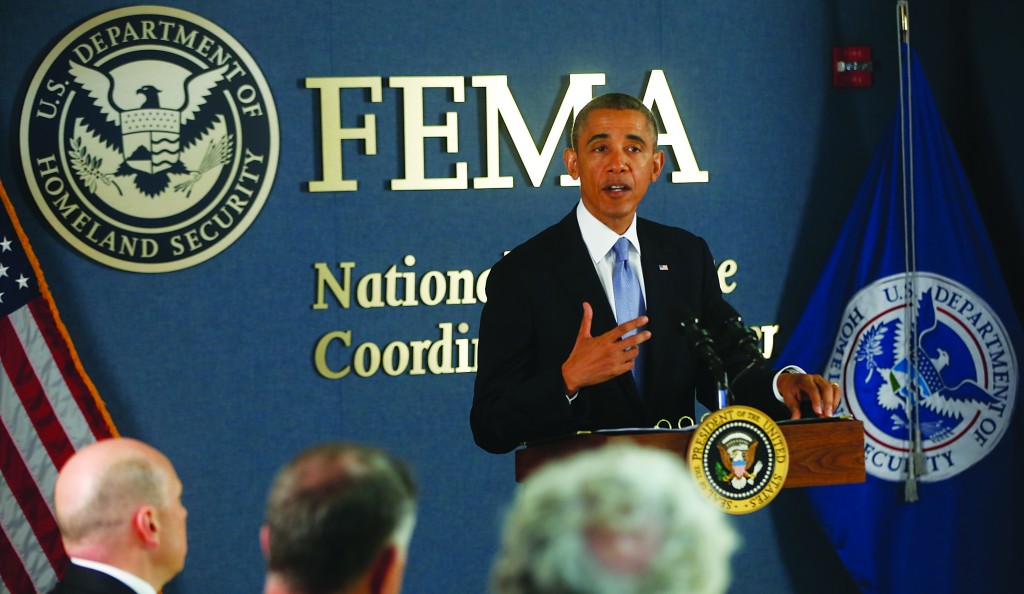 There were signs of stepped-up efforts on Monday to find an exit strategy from the current U.S. fiscal crisis both in Congress and at the White House, with President Barack Obama saying he would accept a short-term increase in the nation’s borrowing authority in order to avoid a crisis.

Separately, a Senate aide said Republican Senator Rob Portman, an Ohioan influential on budget issues, was floating a plan to cut federal spending and reform the U.S. tax code as part of a broader deal to reopen shuttered government agencies and raise the government’s debt ceiling in order to avoid default.

But seven days into a government shutdown and only 10 days from a critical need to raise the nation’s debt limit, nothing amounting to a breakthrough was in sight.

Obama’s press secretary, Jay Carney, told reporters the president would be willing to accept a short-term debt ceiling increase in order to get past the potential crisis date of October 17 when the government hits the $16.7 trillion borrowing limit.

And, in what could be construed as a shift in tone, Obama said he is open to negotiations over his healthcare plan and budget issues, but only after Congress approves measures to end a week-long government shutdown and raise the U.S. debt ceiling.

“As soon as that happens I am eager and ready to negotiate with Republicans on a whole range of issues: How do we create more jobs, how do we build the economy, how do we boost manufacturing,” said Obama, in a visit to the Federal Emergency Management Agency on Monday to spotlight the loss of government services because of the shutdown.

Obama has been particularly resistant to any tampering with his healthcare law, which has experienced a series of problems in the initial rollout. Any negotiations over it would be aimed at tinkering with it to improve it, not to gut funding for it as Republicans want, White House aides have said.

Conservative Republicans in the House of Representatives have resisted funding the government for the current fiscal year until they extract concessions from Obama that would delay or defund his signature healthcare law.

Many conservative Republicans want a similar condition placed on raising the debt ceiling, as well as measures aimed at cutting deficits.

A Senate Republican aide, who asked not to be identified, said that Portman’s proposals were in an early stage with no guarantees that they would gain traction in a Congress deadlocked over budget and debt challenges.

Nevertheless, as House Speaker John Boehner, a Republican, and Senate Majority Leader Harry Reid, a Democrat, continued to trade barbs through their spokesmen, Portman’s proposal contained elements that could be acceptable to both sides.