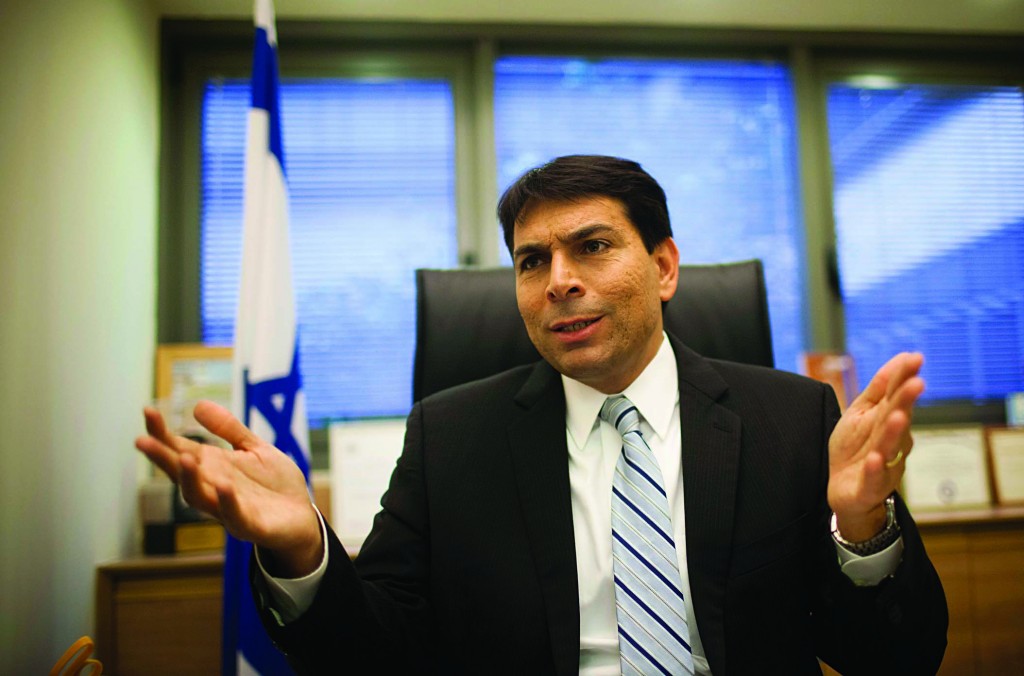 Deputy Defense Minister Danny Danon denied on Sunday reports about Israeli covert operations in Syria, as well as behind-the-scenes diplomacy on behalf of the interim government in Egypt.

“I read about training and support but these are baseless rumors,” he told Arutz Sheva.

“Israel will not get involved in what happens in Syria. We are following matters with concern, and if our interests are harmed, we will not ask who fired the shots and in which direction, and just as we did in the past, we will act with determination to protect our interests.”

Danon also dismissed recent reports of an Israeli “international lobby effort” backing  Egyptian Defense Minister Abdel Fatah al-Sisi. This may have been the assessment put forth by an individual person, he said, but — “The official state of Israel is not taking a position except for security matters. This is a troublesome subject because the situation in Sinai is delicate and when there are riots in Cairo, security forces are transferred there from Sinai, and we need to make sure Sinai does not turn into a second Gaza.”