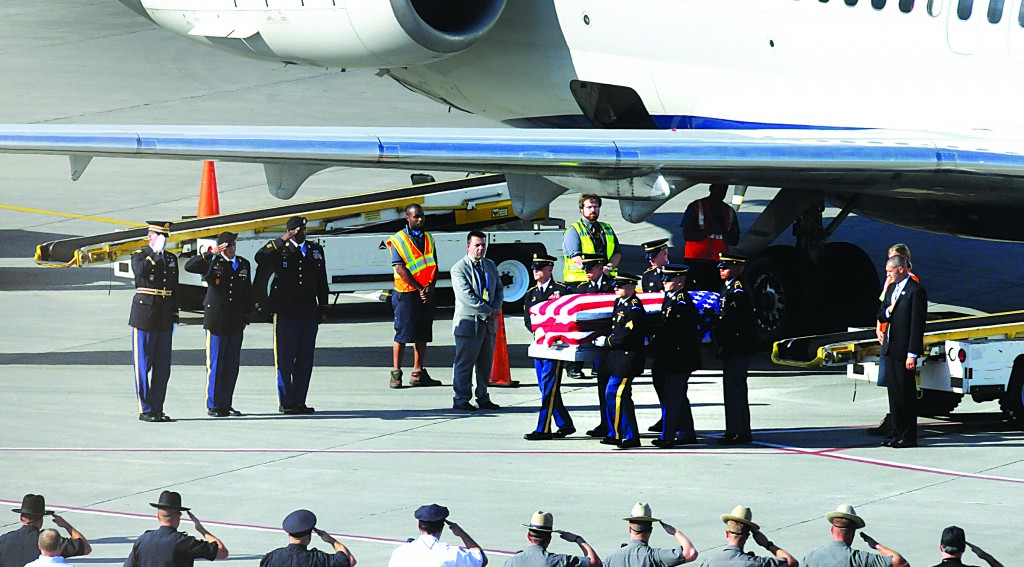 Many saluted, some cried and a few held signs.

For 70 miles, hundreds of people paid their respects to a World War II airman who died in combat in the South Pacific almost 70 years ago and was finally returned to his upstate New York home on Friday.

Funeral director Vincent Iocovozzi, who escorted Sgt. Dominick Licari’s remains from the Albany airport to the small town of Frankfort, said there’s “only one word that describes this — unbelievable.”

“He’s a man who has been dead longer than most people have been alive, but he’s a hero coming home,” Iocovozzi said.

Veterans’ groups, businesses and residents along a 10-mile stretch of the Mohawk Valley paid tribute to Licari as his remains made the journey home. Honor guards from Veterans of Foreign Wars and American Legion chapters were posted along Route 5 as the vehicle procession carrying his casket left the New York State Thruway at Little Falls and traveled to Frankfort, west of Albany.

At Melrose Market, the windows facing the street were decorated with American flags and a sign that read, “Thank you and Welcome Home, Sgt. Dominick Licari.” Organizations and business owners along Route 5 posted signs in Licari’s honor.

“We just thought it would be a nice tribute for him for giving his life for our country,” grocery store owner Linda LaValla said. “It’s good to know that they take the time years later to find our servicemen and bring them home. It’s closure for everybody.”

Licari was a 31-year-old gunner aboard a two-man Army Air Force A-20 Havoc bomber that crashed on a jungle-covered mountain in Papua New Guinea on March 13, 1944, while returning from a bombing raid on a Japanese airfield. The pilot, 2nd Lt. Valorie Pollard, of Monterey, Calif., was also killed, along with four airmen in two of the mission’s other A-20s that slammed into the mountain in bad weather.

Licari, one of nine children, was officially declared dead in 1946. Last month, U.S. military officials notified his two surviving siblings that his remains and those of Pollard had been found and identified. Licari’s funeral and burial with full military honors are set for Tuesday in Frankfort.