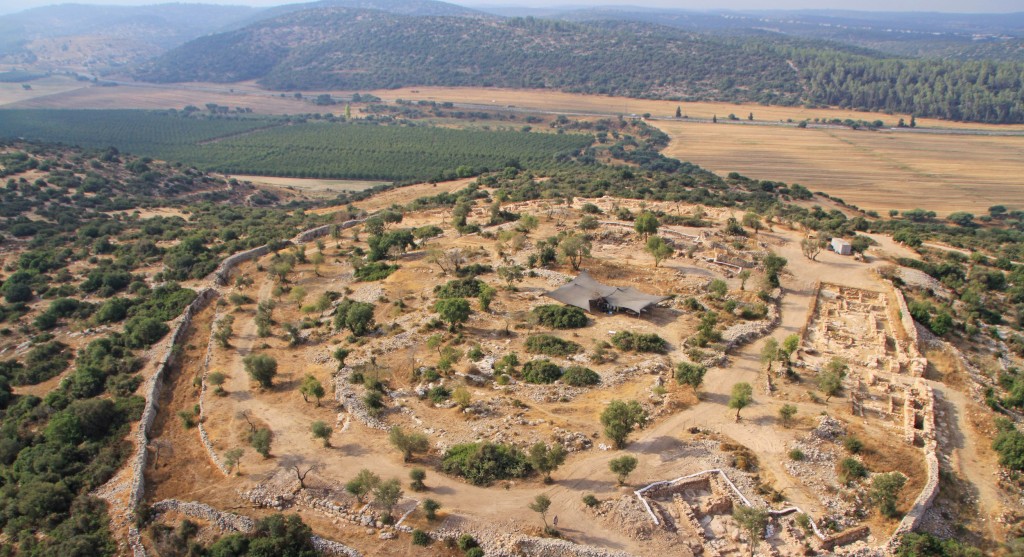 Two public buildings, the likes of which have not previously been found in the Kingdom of Yehudah of the Bayis Rishon period, were uncovered this past year by researchers at the Hebrew University and the Israel Antiquities Authority at Khirbet Qeiyafa (Elah Fortress), a fortified city dating to the time of King David and identified with the Biblical city of Shaarayim.

One of the buildings was identified by the researchers as a royal palace, and the other structure served as an enormous storeroom.

The seven-year excavation is now drawing to a close. Professor Yossi Garfinkel and Sa’ar Ganor stated, “Khirbet Qeiyafa is the best example exposed to date of a fortified city from the time of King David.

“The southern part of a large palace that extended across an area of 1,000 square meters was revealed at the top of the city. The wall enclosing the palace is 30 meters long and [has] an impressive entrance through which one descended to the southern gate of the city, opposite the Valley of Elah. Around the palace’s perimeter were rooms in which various installations were found, evidence of a metal industry, special pottery vessels and fragments of alabaster vessels that were imported from Egypt.

“The palace is located in the center of the site and controls all of the houses lower than it in the city. From here one has an excellent vantage looking out into the distance, from as far as the Mediterranean Sea in the west to the Chevron Mountains and Yerushalayim in the east. This is an ideal location from which to send messages by means of fire signals.

“Unfortunately, much of this palace was destroyed an estimated 1,400 years later when a fortified farmhouse was built there in the Byzantine period.”

A pillared building about 15 by 6 meters was exposed in the north of the city, which was used as an administrative storeroom. The researchers said, “It was in this building that the kingdom stored taxes it received in the form of agricultural produce collected from the residents of the villages in the Judean Plain. Hundreds of large storage jars were found at the site whose handles were stamped with an official seal.”