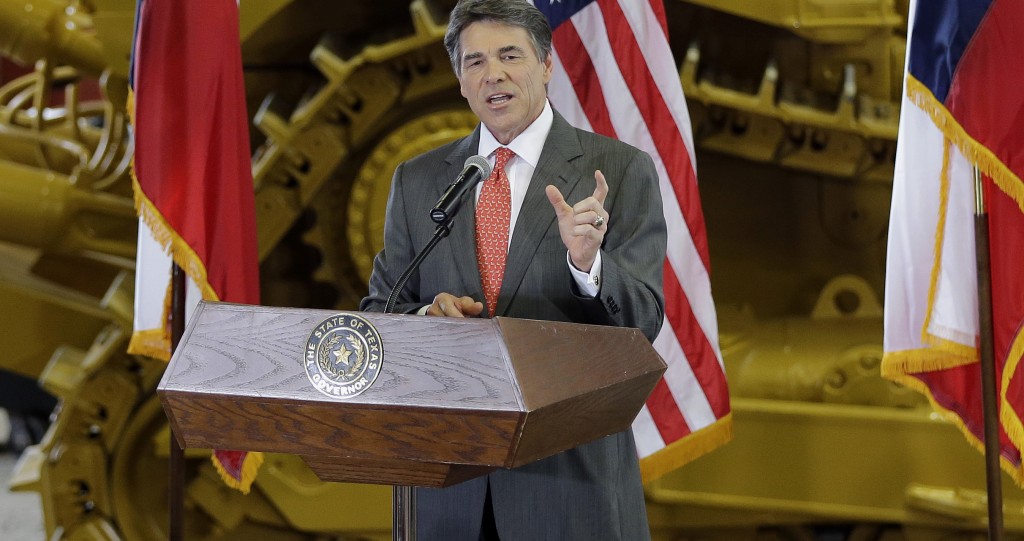 Gov. Rick Perry was a champion of fiercely conservative social activism long before the Tea Party was born. He oversaw the “Texas Miracle” job-creation boom and became the state’s most powerful governor since Reconstruction.

But nationally, Perry is better known for his ‘oops’ presidential debate brain freeze or for not opposing forcefully enough the notion that Texas could secede from the union.

Now, the longest-serving governor in Texas history is quitting his day job. Perry announced Monday that he won’t seek a fourth full term in office next year.

“The time has come to pass on the mantle of leadership. Today I’m announcing I will not seek re-election as governor of Texas,” Perry said Monday. “I will spend the next 18 months working to create more jobs, opportunity and innovation. I will actively lead this great state. And I’ll also pray and reflect and work to determine my own future.”

But with another presidential run being speculated, Perry may first need to concentrate on rebuilding his tattered image with non-Texans.

Perry never lost an election during his 27-year political career and became a near-instant front-runner when he strode into the race for the GOP presidential nomination in August 2011.

But his White House run flamed out spectacularly, culminating in a debate in Michigan where Perry remembered that he’d pledged to shutter the U.S. Departments of Commerce and Education but forgot the third one, the Department of Energy.

Perry, who took office when then-Gov. George W. Bush left for the White House in December 2000, set the tone for his tenure the following June — vetoing more than 80 bills in what became known in Austin as the “Father’s Day Massacre.” Since then, he’s vetoed scores of other would-be laws, including a $35 billion public education budget and a ban on executing mentally disabled inmates.

But most of Perry’s power has come from his sheer longevity. He remained in office long enough to tap loyalists — sometimes even his top donors — to every major appointed post statewide.

“He’s made the state into his personal fiefdom,” said Matt Glazer, a Democratic consultant.

Sullivan said of Perry’s legacy: “He has held the line on government. He has created an economic engine that is the envy of the nation and has really stuck to his conservative principles and been successful doing so.”