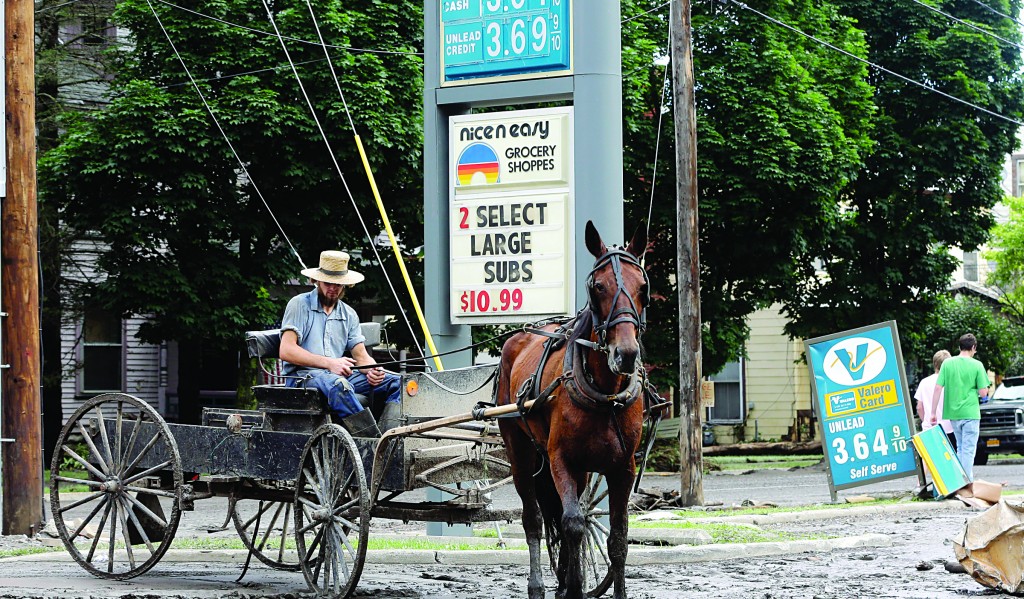 Severe flooding caused by the spring and early summer’s persistent rains have left police upstate searching for a missing woman, in addition to damaged houses, closed roads and people forced to flee their homes on Friday.

Heavy rains caused the Mohawk River to overflow, and sections of the Thruway were surrounded by flooding, though it remained open.

A woman answering the phone at the 911 center said officials were too busy to comment because “everything is flooding.”

Police Chief Robert Thomas of Fort Plain said that an upstate woman, Ethel Healey, was unaccounted for after her mobile home was washed away by rising waters.

Gov. Andrew Cuomo toured the areas Saturday and said a disaster declaration would remain in effect for 15 counties.

“We think the worst is behind us for now,” Cuomo said at a briefing. He said homeowners should be eligible for federal assistance.

“It’s traumatic to say the least to see your whole life turned upside down literally in a matter of minutes,” Cuomo said.