Israel Battle of the Budget Begins in Knesset
Israel 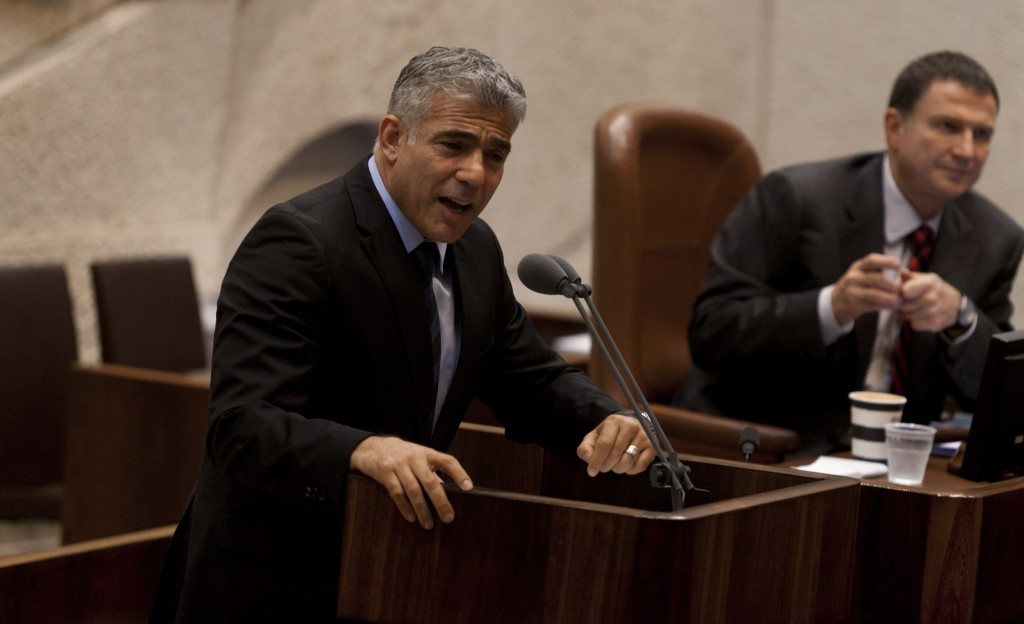 The long-awaited confrontation over the state budget began in the Knesset on Monday as Finance Minister Yair Lapid defended his economic proposals against an aroused and vocal opposition.

Lapid’s claims that his budget is designed to spur growth and benefit working people was met with frequent shouting and interruptions from Labor and chareidi MKs.

The finance minister’s statements, such as that his main concern in framing the budget is “the individual’s ability to provide for himself [and that] became the chief criterion in decision making, as seen in the property tax decrease and the funding of daycare centers for children. This creates a foundation that’s labor-friendly,” were received with catcalls from the opposition seats.

“Instead of avoiding responsibility, we’re doing the most responsible thing for the Israeli market,” he said. “We’re getting rid of our giant overdraft.”

The budget “abused” housewives, she said, by canceling their National Insurance Institute exemptions.

“There are 450,000 women who are housewives,” she said. “You decided to torture every one of them that is under age 50. Would you believe that you would put a special high tax on women who earn zero shekels?”

“Our old politicians only think of themselves, their families and their cliques.” She said that the budget represents “a declaration of war against 99% of the Israeli people.”

Lapid was criticized on the turnabout in his economic policy since taking office: “Just imagine, Yair Lapid, that in one of your pre-election shows of false promises I would accost you and whisper in your ear, in a friendly fashion, that this is what you’ll ultimately do. Would you even believe me?”