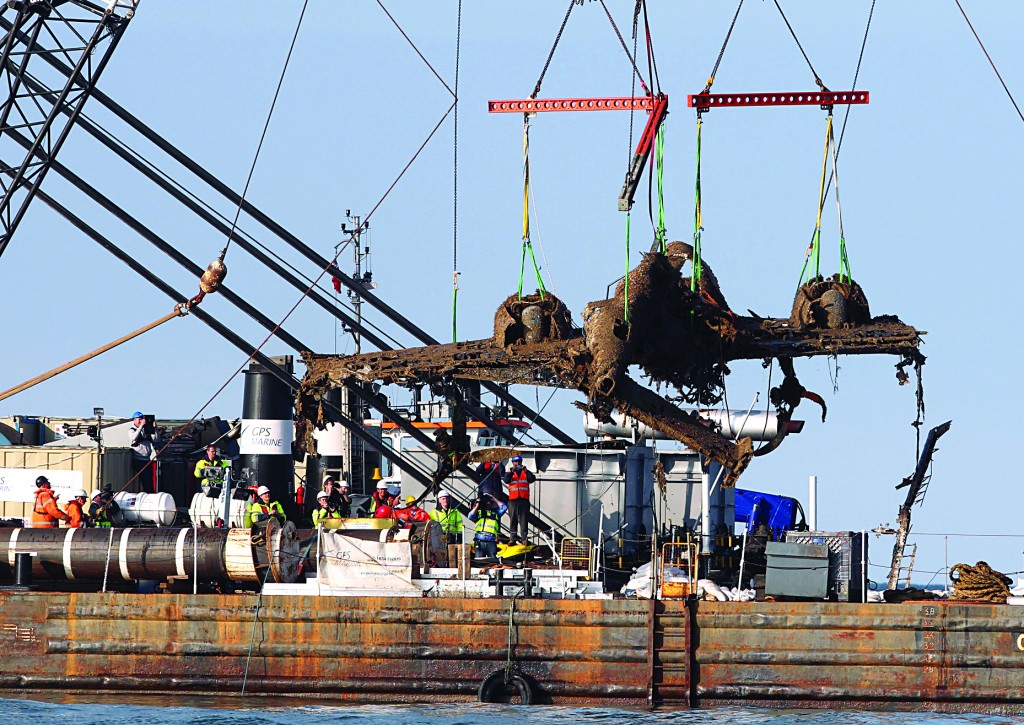 A British museum on Monday successfully recovered what could be the last intact model of a famous German World War II bomber from beneath the English Channel.

The aircraft, nicknamed the Luftwaffe’s “flying pencil” because of its narrow fuselage, was shot down off the coast of Kent county in southeastern England more than 70 years ago during the Battle of Britain.

It is believed to be the only known complete example of the German Dornier Do–17 bomber.

“It has been lifted and is now safely on the barge and in one piece,” said RAF Museum spokesman Ajay Srivastava. The bomber will be towed into port Tuesday, he added.

The museum had been trying to raise the relic for a few weeks, but the operation was delayed by strong winds.

In 2008, divers discovered the undamaged aircraft submerged in 50 feet (15 meters) of water.

Experts say the bomber is remarkably undamaged despite the passage of time.

Museum officials plan to conserve the relic and put it on exhibition next to the wreck of a British Hawker Hurricane fighter aircraft that also was shot down during the battle.