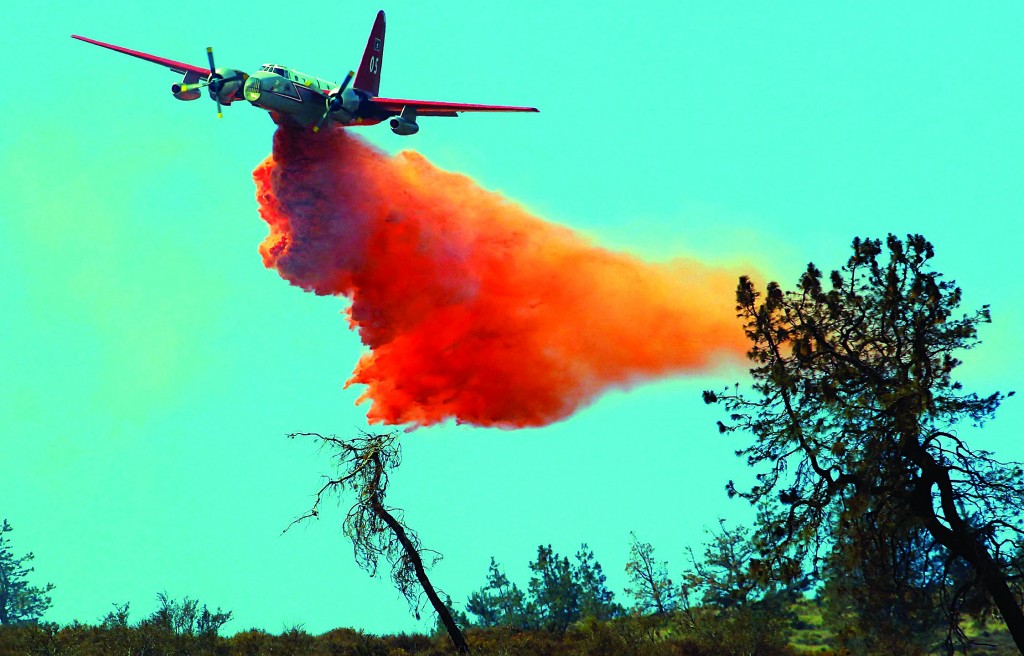 As dry conditions set the stage for another difficult fire season, the Forest Service said Tuesday it will hire 500 fewer firefighters than last year because of automatic spending cuts imposed by Congress.

The agency will still be able to fight wildfires across the West in spite of the force reduction of about 5 percent, Forest Service Chief Thomas Tidwell said, in part because three new air tankers are being put into service, including one being used to combat a massive wildfire in southern California. Four more planes sought by the Forest Service have been delayed because of a protest by a losing bidder.

Tidwell told the Senate Energy and Natural Resources Committee that the Forest Service expects to hire about 10,000 firefighters this year, down from 10,500 last year. The agency also will have less equipment than last year.

Even so, with a highly mobile workforce and a focus on high-risk areas, “it is likely that high levels of initial attack success will continue,” Tidwell said, noting that the agency expects to continue to be able to put out about 98 percent of wildfires on initial attack.

Combined with the Interior Department, the federal government expects to have nearly 13,000 firefighters available this summer, including highly trained smoke jumpers and interagency incident management teams, Tidwell said. If needed, the agency also will bring in private contractors, although Tidwell said that would increase overall costs since short-term contractors can charge up to twice the rate of full-time workers.

Sen. Ron Wyden, (D-Ore.), said the Forest Service and Bureau of Land Management should do more to reduce the severity of major wildfires by clearing small trees and underbrush that serve as fuel for fires.

“The message has not gotten through with respect to the choice: You can spend more modest amounts on the front end — with preventive kinds of efforts — or you can invest substantially more money trying to play catch-up as these infernos rip their way through the West,” Wyden said.

Tidwell said he agreed with Wyden in principle, but added that in tight budgets, money often is needed to fight fires as they happen.

Tidwell said climate change has resulted in wildfire seasons that are a full two months longer than in the 1970s. Instead of the traditional summer fire season, wildfires now begin as early as April and can stretch into October, federal officials say.

Wildfires on average now burn twice as many acres as they did in the 1970s, with bigger, hotter fires far more common.

Budgets for the Forest Service and Interior Department were reduced by 5 percent under automatic spending cuts that took effect March 1 after Congress and the president could not agree on a plan to cut the deficit.

A dry winter and early warming has created conditions for a wildfire season that could burn as much as last year, when states such as New Mexico and Oregon posted new records for burned acreage. More than 9.3 million acres burned in 2012.