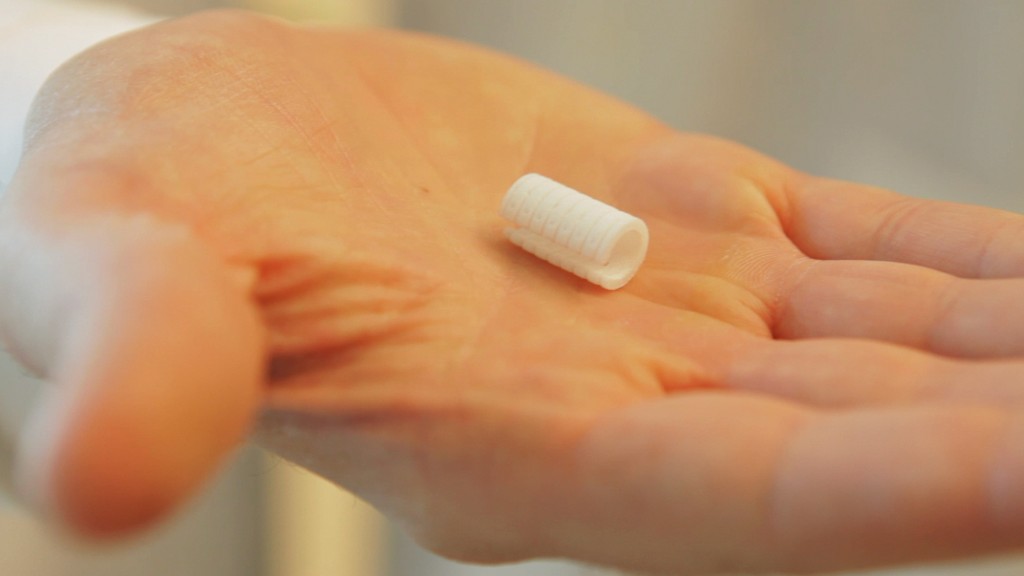 In a medical first, doctors used plastic particles and a 3-D laser printer to create an airway splint to save the life of a baby boy who used to stop breathing nearly every day.

It’s the latest advance in the booming field of regenerative medicine, making body parts in the lab.

In the case of Kaiba Gionfriddo, doctors didn’t have a moment to spare. Because of a birth defect, the little Ohio boy’s airway kept collapsing, causing his breathing to stop and often his heart, too. Doctors in Michigan had been researching artificial airway splints but had not implanted one in a patient yet.

In a single day, they “printed out” 100 tiny tubes, using computer-guided lasers to stack and fuse thin layers of plastic instead of paper and ink to form various shapes and sizes. The next day, with special permission from the Food and Drug Administration, they implanted one of these tubes in Kaiba, the first time this has been done.

Suddenly, a baby whom doctors had said would probably not leave the hospital alive could breathe normally for the first time.

He was three months old when the operation was done last year and is nearly 19 months old now. He is about to have his tracheotomy tube removed; it was inserted when he was a few months old and needed a breathing machine. And he has not had a single breathing crisis since coming home a year ago.

“It’s the wave of the future,” said Dr. Robert Weatherly, a pediatric specialist at the University of Missouri in Kansas City. “I’m impressed by what they were able to accomplish.”