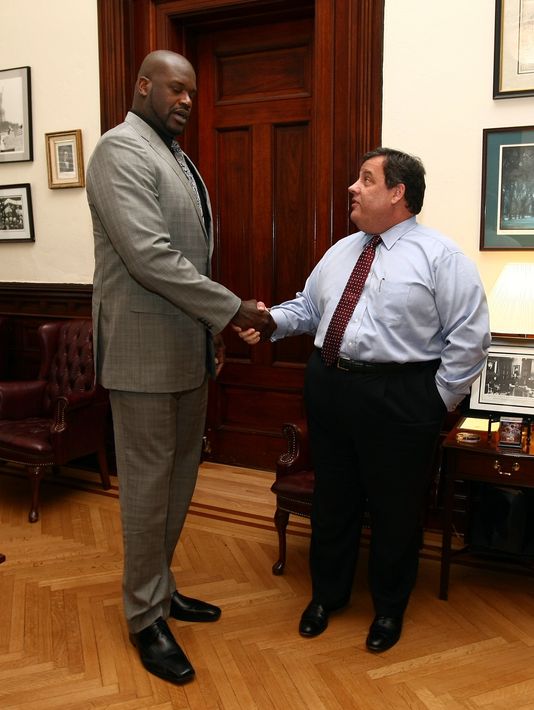 New Jersey Gov. Chris Christie, who has both joked about his weight and said that it’s a real concern, secretly underwent a weight-loss surgery in February that experts say could help him if he gets exercise and watches what he eats.

The father of four agreed to the surgery, in which a band was placed around his stomach to restrict the amount of food he can eat, after turning 50 in September. But despite the widespread view that a signal of the governor’s presidential ambitions was any significant weight loss, Christie told the New York Post, which first reported the surgery, that he said he wasn’t motivated by thoughts of running for president.

“I’ve struggled with this issue for 20 years,” he said. “For me, this is about turning 50 and looking at my children and wanting to be there for them.”

Christie has never disclosed his weight, but it’s been an issue throughout his political career. Christie said four years ago that then-Gov. Jon Corzine was bringing it up in a campaign commercial that accused Christie of “throwing his weight around” to get out of traffic tickets.

Comics have made fun of it. Christie himself has both joked about the issue and said solemnly that he’s trying to shed pounds. During a February appearance on a comedy show, the governor pulled out a doughnut and said his girth was “fair game” for comedians. At that time, he said he had a plan for shedding some pounds: “Whether it’s successful or not,” he said. “You’ll all be able to notice.”

The next day he responded angrily to comments from a former White House physician who said she worried about him dying in office. Ten days after that, on Feb. 16, Christie had the surgery. He said the operation lasted 40 minutes and he was home the same afternoon. Christie said he has already seen results.

Christie’s aides told Politico that only immediate family and his chief of staff knew about the surgery until Monday, when the rest of his staff was told.

Christie, who is in the midst of a re-election campaign, declined to say how much weight he has lost since the surgery.

“A week or two ago, I went to a steakhouse and ordered a steak and ate about a third of it and I was full,” he told the Post.

The Republican governor is running for a second term in November, although his name is often mentioned as a possible presidential candidate.

“I know it sounds crazy to say that running for president is minor, but in the grand scheme of things, it was looking at Mary Pat and the kids and going, ‘I have to do this for them, even if I don’t [care] about myself,’” he said.

Rick Wilson, a Florida-based political strategist who has never been a Christie admirer, said that the surgery could only prove helpful politically for the governor.

“Frankly, in a crass political way, this brings him into [an area where people will say] this is a guy with four kids who cares about his family,” Wilson told Politico.

In the book, “Obsessed: America’s Food Addiction — And My Own,” Christie describes working out four times a week but not seeing major weight drops and hearing critics say that his weight shows he’s undisciplined. He also talks about what others have said, such as: “Hey Governor, what did you have for breakfast today, one stick of butter or two?”

“For somebody like me who’s had so much success in my life, and really been successful at everything I’ve tried, to not be able to be successful at this is incredibly discouraging,” he said.