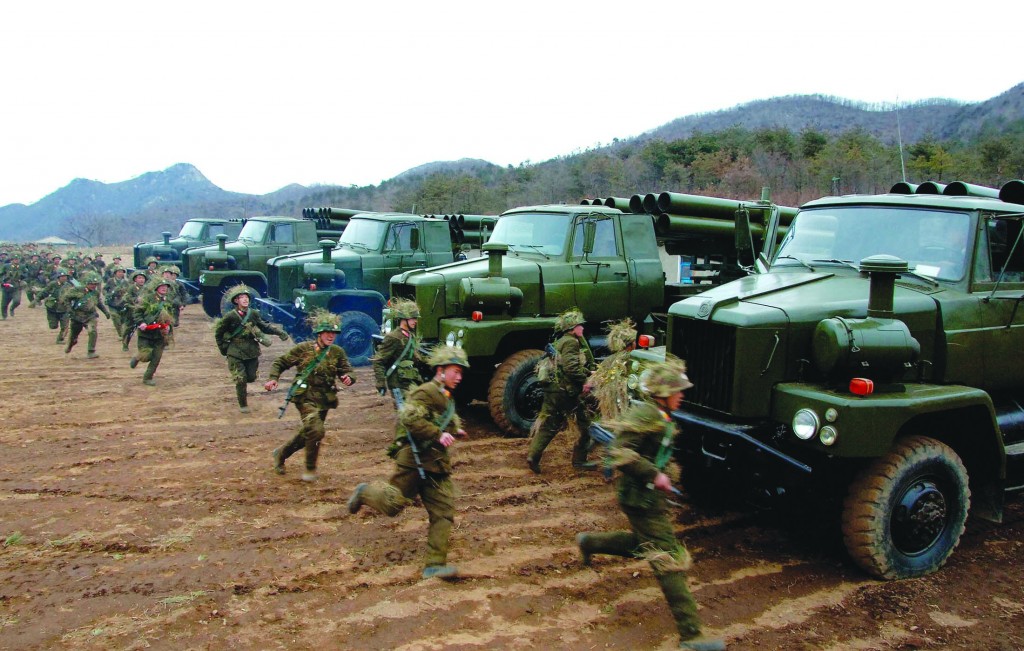 In the last three months, Pyongyang, under its enigmatic young leader Kim Jong Un, has defied the United States and other world powers by testing an intercontinental ballistic missile and testing a third nuclear bomb. Its latest salvo: a declaration carried through state media that it was cancelling the 60-year armistice that maintains peace on the Korean peninsula.

Washington is walking a tight line. It is trying not to overplay the danger from an attention-seeking regime infamous for its bluster but has to take the North’s threats of possible military action seriously. The U.S. also is treaty-bound to provide support for South Korea or Japan in the event of any aggression.

“We are certainly concerned by North Korea’s bellicose rhetoric,” White House spokesman Jay Carney told reporters Monday. “The threats that they have been making follow a pattern designed to raise tension and intimidate others. The DPRK will achieve nothing by threats or provocation, which will only further isolate North Korea and undermine international efforts to ensure peace and stability in northeast Asia.”

In an effort to combat North Korea’s weapons of mass destruction and ballistic missile programs, the Obama administration issued a series of sanctions Monday.

The Treasury Department designated North Korea’s Foreign Trade Bank as a WMD proliferator and imposed similar punitive measures against Paek Se-Bong, the chairman of North Korea’s Second Economic Committee, which oversees production of North Korea’s ballistic missiles. The designation freezes any assets in the U.S. and bans Americans from doing business with the bank or Paek.

But on the immediate threat of an end to the Korean War’s armistice agreement, the administration took a more cautious approach.

Speaking at a meeting of the Asia Society in New York, Tom Donilon, President Barack Obama’s national security adviser, said the claims may be “hyperbolic.” He said the U.S. will protect its allies in any case.

“There should be no doubt: we will draw upon the full range of our capabilities to protect against, and to respond to, the threat posed to us and to our allies by North Korea,” Donilon said in remarks prepared for delivery distributed by the White House.

Despite North Korea’s threat of nuclear strikes on Washington, experts believe Pyongyang still lacks the technology to create a miniaturized warhead to place on a ballistic missile. But with the South Korean capital of Seoul just 40 miles south of the border and the North’s million-man army, the risks for the South are more acute.

Even with the armistice, the United States remains technically at war with the notoriously unpredictable North Koreans, whose opaque leadership has confounded successive American administrations. Some 28,500 U.S. troops are stationed in South Korea to deter potential aggression.