A burst of hiring in February pushed stocks higher on Wall Street.

U.S. employers added 236,000 jobs last month and the unemployment rate fell to 7.7 percent from 7.9 percent in January, the Labor Department reported. That’s far better than the 156,000 job gains and unemployment rate of 7.8 percent that economists surveyed by FactSet expected.

The strong job growth shows that employers are confident about the economy despite higher taxes and government spending cuts.

Optimism that hiring is picking up has been one of the factors bolstering the stock market this year. Stocks have also gained on evidence that the housing market is recovering and company earnings continue to growing.

Stocks have also been boosted by continuing economic stimulus from the Federal Reserve.

The U.S. central bank began buying bonds in January 2009 and is still purchasing $85 billion each month in Treasury bonds and mortgage-backed securities. That has kept interest rates near historic lows, reducing borrowing costs and encouraging investors to move money out of conservative investments like bonds and into stocks.

Investors have also been pondering what the Fed’s next move will be. That question was in especially sharp focus Friday after the government reported the surge in hiring last month. 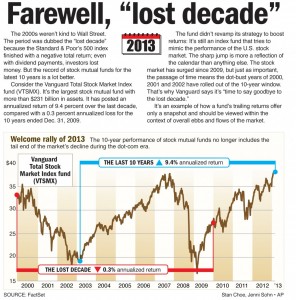 The stock market is drawing in more investors as it continues to surge.

McDonald’s contributed the most to the Dow’s gains, rising $1.62, or 1.7 percent, to $98.71. The fast-food restaurant chain reported that a key sales figure fell 3.3 percent in February, but the decline wasn’t as bad as analysts were expecting.

The company said late Thursday that its net loss widened because of a delay to the start of this year’s tax season. The stock got a boost, though, after CEO William Cobb said on a conference call that the company was winning market share, Barrington Research analyst Joe Janssen said.

The yield on the 10-year Treasury note, which moves inversely to its price, rose to 2.06 percent from 2 percent Thursday. The yield is at its highest in 11 months.