National Consequences of Failure Laid Out in Budget Fight
National 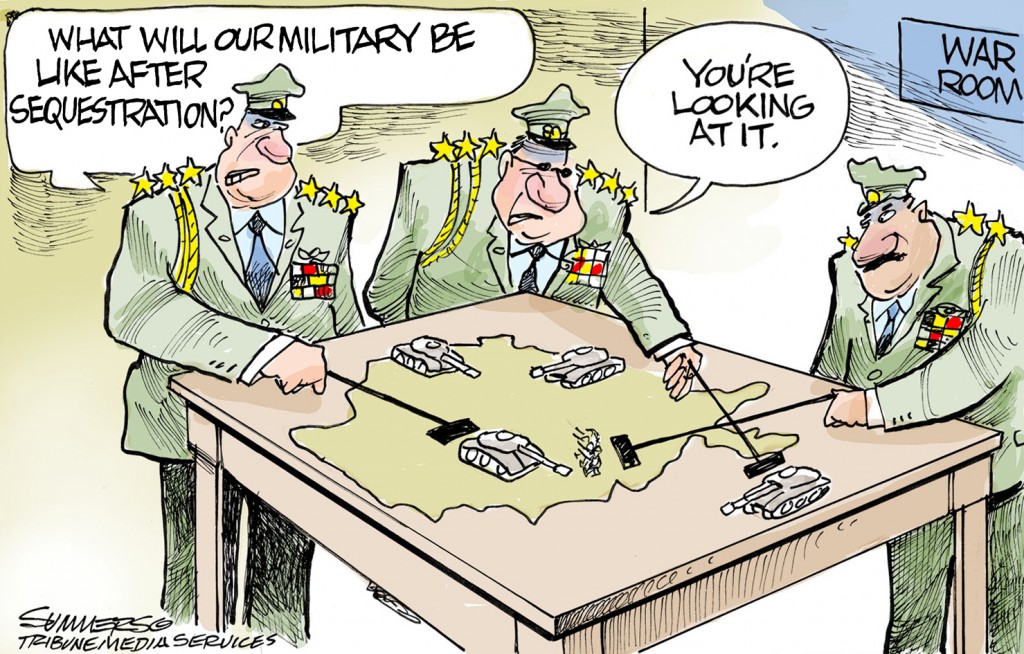 A new plan by Senate Democrats to head off severe spending cuts in two weeks met an icy reception from Republicans on Thursday as administration officials stepped forward to lay out the biting consequences that could come if no deal is reached soon.

As part of their solution, Democrats are proposing a minimum tax on the wealthy as well as cuts to farm subsidies and more gradual reductions in the Pentagon budget than will happen if the automatic cuts, known as sequester, kick in. Republicans vowed to kill the Democratic legislation when a vote is called the week of Feb. 25

Release of the plan set off a predictable round of bickering in a capital that remains at a loss over how to prevent the sequester, even as more and more details on the cuts are being released.

“Their whole goal here isn’t to solve the problem, it’s to have a show vote that’s designed to fail, call it a day, and wait for someone else to pick up the pieces,” Senate GOP Leader Mitch McConnell of Kentucky said of Democrats. “Well, my message this morning is simple: There won’t be any easy off-ramps on this one.”

Senate Budget Committee Chairman Patty Murray (D-Wash.), called the Democratic measure, with its 50-50 mix of new tax revenue and spending cuts, a “fair and balanced approach” that “protects our country from moving into a very, very fragile position.”

The automatic sequester cuts  would drain $85 billion from the government’s budget over the coming months. Administration officials gave more shape to what they say is likely to happen.

Lawmakers were told 15,000 air traffic controllers would be laid off for more than two weeks, the furloughing of inspectors for up to 15 days would force intermittent closures of meat and poultry plants, a relief fund for disaster victims would lose $1 billion, 70,000 pupils would be removed from Head Start  , and mental health treatment could be denied. More than 3.8 million people out of work could see their benefits reduced, and up to 600,000 women would be dropped from the WIC program.

The Navy’s top officer, Adm. Jonathan Greenert, told Congress that because of the sequester and already planned reductions, the Navy could not fully support counterterrorism operations in Somalia and Yemen. Homeland Security Secretary Janet Napolitano wrote to Congress that there will be fewer border agents and fewer facilities for detained illegal immigrants. There would be reduced Coast Guard air and sea operations, furloughed Secret Service agents and weakened efforts to detect cyber threats to computer networks.