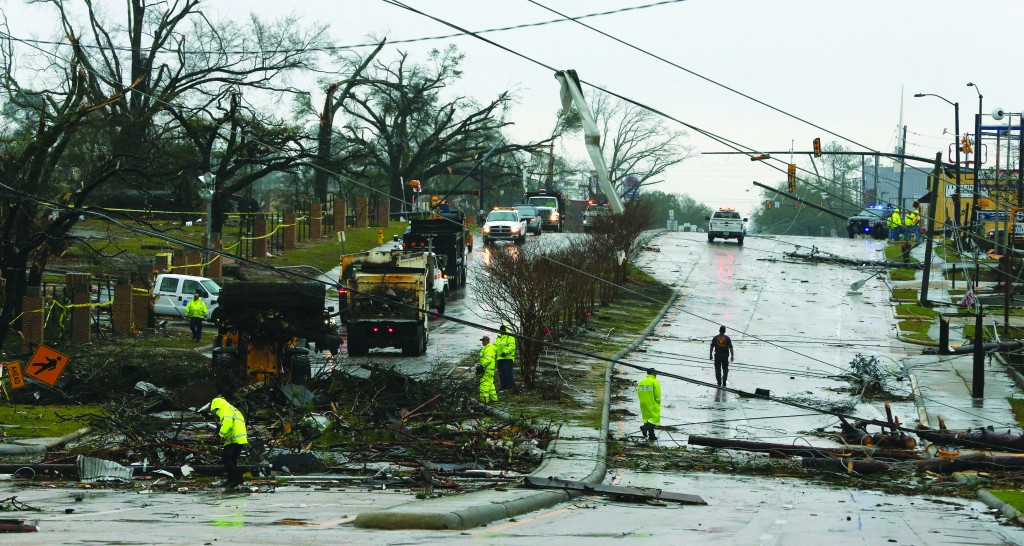 Jeff Revette ran from his car and lay face-down in the grass next to the red-brick wall as a tornado roared toward him, with debris scattering and electrical transformers exploding. Twenty seconds later, bricks were strewn across a flattened pickup truck a mere 10 feet away amid toppled trees and power lines.

Revette, a 43-year-old National Guard soldier who returned from a deployment to Afghanistan about a year ago, stood up unharmed. A woman who had been driving the smashed pickup and had taken cover near him was pinned by some insulation and other debris, but she was OK after Revette lifted the wreckage off her.

The powerful twister tore a path across at least three counties, injuring more than 60 people — but residents marveled that no one died. Officials said several circumstances converged to ensure no lives were lost in what should have been a deadly storm: Sirens and local broadcasts gave people as much as 30 minutes of warning; the University of Southern Mississippi was emptier than usual; and most businesses were either closed or quiet because it was a Sunday.

Forecasters were able to closely track where the storm was headed and had confirmed reports from both people on the ground and from radar, making it easier to give warning, said weather service meteorologist Chad Entremont.

The sheer scope of the damage made it difficult to do a full assessment. Some 50 roads were closed at one point because of felled trees, downed power lines and debris. About 200 homes and mobile homes were damaged or destroyed, with another 100 apartments left uninhabitable. Several thousand remained without power, though the electricity was expected to be restored to most customers later Monday, Gov. Phil Bryant said.

Bryant said the twister carved a path of destruction roughly 75 miles long, though National Weather Service officials have not yet determined the tornado’s exact path or how long it was on the ground. However, early indications show it was an EF3 tornado with wind speeds reaching 145 mph in parts of Hattiesburg, Entremont said.

This twister was part of a storm cell moving faster than usual, meaning it was likely to cover more ground. Many tornadoes travel just a few miles, Entremont said.