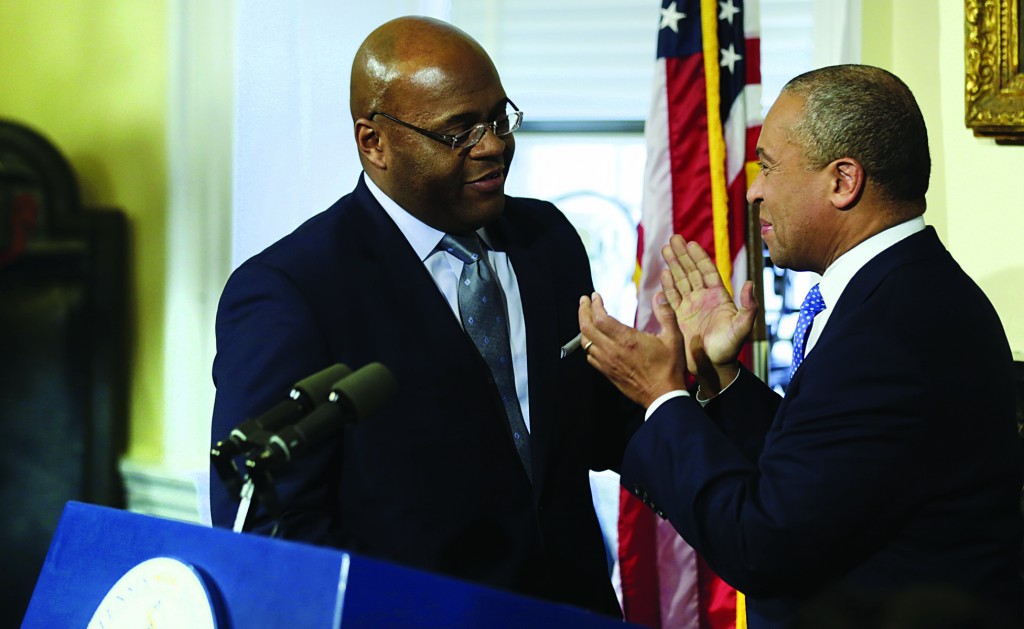 William “Mo” Cowan, a former top aide to Democratic Gov. Deval Patrick, was tapped by Patrick on Wednesday to serve as interim U.S. senator for Massachusetts until a special election is held to fill the seat left vacant by John Kerry’s confirmation as the nation’s new secretary of state.

Cowan, 43, became chief-of-staff to Patrick in 2010 after serving as chief legal counsel during the governor’s first term. He stepped down as Patrick’s top aide in December, though he remained on as a senior adviser through the filing last week of the governor’s state budget request.

He’ll serve until after the special election, scheduled for June 25. He said he is humbled by the appointment.

Patrick lauded Cowan for helping manage the state through the recession and said he had earned the respect of people throughout government.

“In every step, he has brought preparation, perspective, wisdom, sound judgment and clarity of purpose,” Patrick said while introducing Cowan at a Statehouse news conference.

Patrick and Lt. Governor Timothy Murray added that the friendly Cowan — who eschewed his trademark bow tie in favor of a traditional suit and necktie for Wednesday’s announcement — also brings “cool” to the job.

Cowan grew up in North Carolina and graduated from Duke University and Northeastern University’s law school. He was a partner in the prominent Boston law firm of Mintz Levin before going to work for Patrick.

Patrick had said that diversity would be an important consideration in his choice of an interim senator, and Cowan will be the state’s second African-American senator. Edward Brooke, a Republican, represented Massachusetts from 1967-1979.

Cowan said his mother, who is recuperating after knee-replacement surgery, was a child of the segregated South who raised him and his sisters alone after his father died when Cowan was a teen.

“My mother told me that days like today are possible if you work hard and you treat people with respect,” he said.

Cowan, who indicated that he would keep members of Kerry’s staff during the interim period, ruled out running for public office in the future.

“This is going to be a very short political career,” he joked.