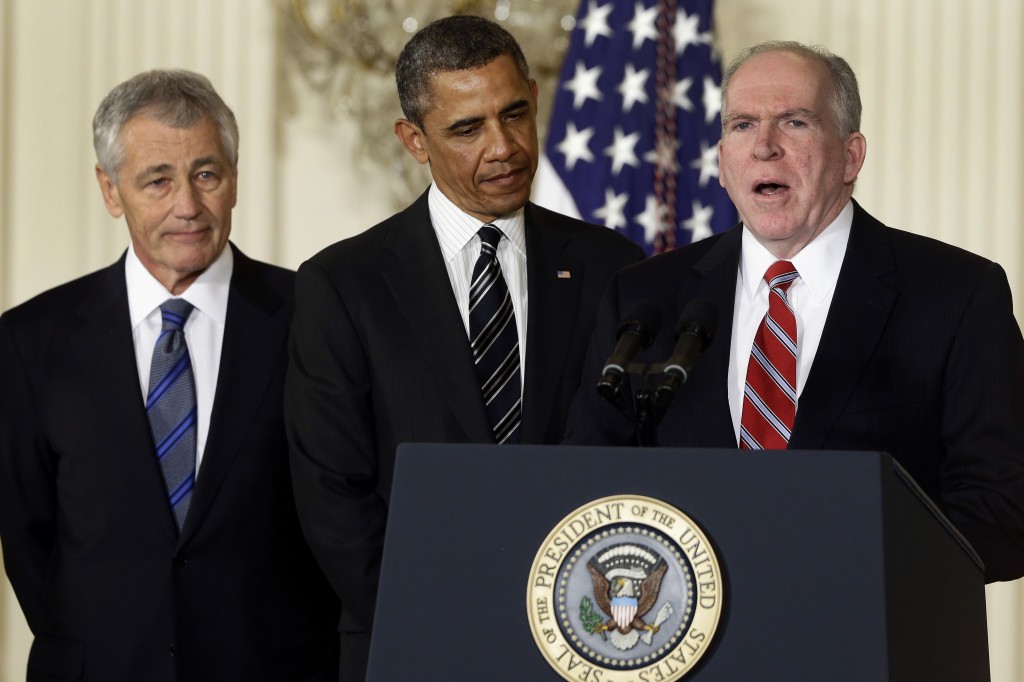 Top Senate Republicans said Tuesday they would reserve judgment on Chuck Hagel’s nomination until after his confirmation hearing next week, a positive sign for President Barack Obama’s choice to head the Defense Department.

Hagel, who already has drawn strong opposition from six Senate Republicans, continued his outreach to lawmakers on Tuesday, meeting with Sen. John McCain whose support for the nomination could smooth the way for the former GOP senator and provide political cover for other Republicans to back the nominee.

“Senator Hagel and I are old friends and we had a very frank and candid conversation, and I’ll be looking forward to the hearing and asking him questions,” the Arizona Republican told reporters at a news conference on his recent overseas trip. “He should be given the opportunity of a hearing before any of us make a judgment.”

Sen. Carl Levin (D-Mich.), the chairman of the Senate Armed Services Committee, said earlier in the day that it was too soon to count the votes and he would have a better assessment of the support for Hagel after his confirmation hearing on Jan. 31.

Asked if there were any Republican votes for Hagel, Levin said, “I haven’t seen any, but there may be that I haven’t seen. That doesn’t mean that there won’t be.”

The Hagel nomination gained momentum last week as Sens. Chuck Schumer (D-N.Y.), and Barbara Boxer (D-Calif.), two of the strongest pro-Israel Democrats in the Senate, said the former Nebraska senator had addressed their concerns about his stand on Iran sanctions and support for Israel.

But Hagel still faces ambivalence among Republicans, if not outright opposition, and could emerge from the Senate committee vote with only party-line support. Sen. Jim Inhofe of Oklahoma, the panel’s top Republican, has announced his opposition, as have several other committee members.

Hagel was scheduled to meet on Wednesday with Sen. Kelly Ayotte (R-N.H.), a committee member who has said she was perplexed by the nomination.

Another panel member, Sen. Saxby Chambliss (R-Ga.), said Tuesday, “I look forward to visiting with him and hearing his testimony, and we’ll see where it goes.”

Concerns about Hagel replacing Defense Secretary Leon Panetta have centered on whether he is sufficiently pro-Israel, his description of pro-Israel groups as a “Jewish lobby,” and his stand on [immorality]. Some GOP lawmakers also are concerned about potential cuts to defense spending and Hagel’s past support for reductions in nuclear weapons.

“That’s of great importance to me,” said Sen. Bob Corker of Tennessee, the top Republican on the Senate Foreign Relations Committee. Corker’s state is home to the Y-12 nuclear facility and significant cuts in the nuclear arsenal would affect his state.

“I want to delve beyond the one-liners and sentences that have been brought forth by groups. It’ll be a very earnest conversation. I always start with an open mind. But I do have concerns,” said Corker, who is scheduled to meet with Hagel on Friday.

Democrats hold a 55-45 advantage in the Senate and would have the votes to confirm Hagel on a simple majority, but they would need five Republican votes for the 60-vote threshold to break a GOP filibuster. A Republican effort to block Obama’s choice of a former Republican senator would set off a firestorm as Senate leaders try to negotiate new rules on filibusters.

Hagel has reached out to all 100 senators.

Separately, a GOP-leaning group launched an anti-Hagel ad campaign in the home states of five Senate Democrats up for re-election next year.

“Say no to Chuck Hagel before it’s too late,” said the commercials from Americans for a Stronger Defense. The spots target Sens. Mary Landrieu of Louisiana, Mark Begich of Alaska, Mark Udall of Colorado, Mark Pryor of Arkansas and Kay Hagan of North Carolina.