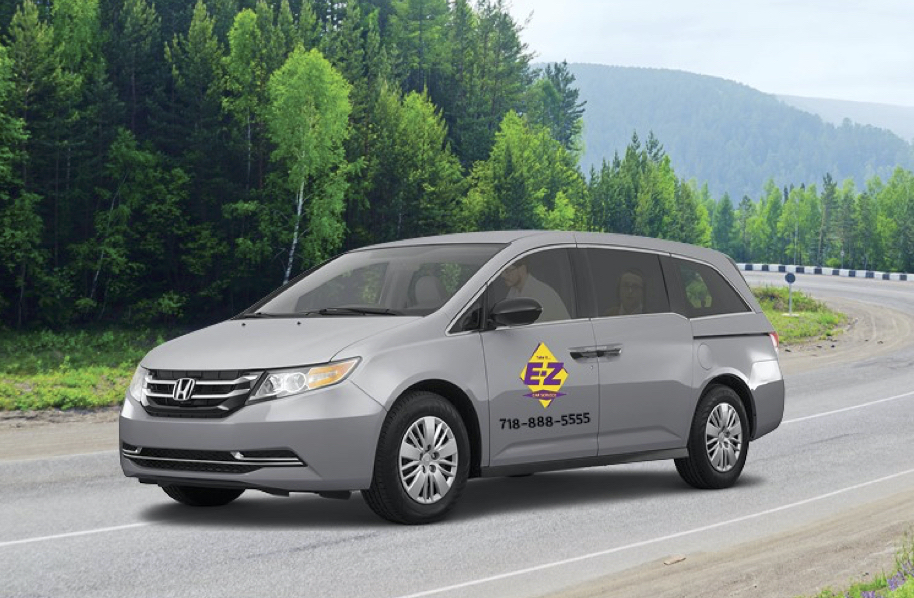 Bump in the Road

The coronavirus pandemic and resulting shutdown have thrown the U.S. economy into turmoil, leading to bankrupt companies, shattered industries, and record numbers of unemployed Americans.

Tell us about your company.

EZ Car Service has been in business for about 10 years; I’ve been there as manager for two years. We have dozens of drivers; all are heimish. We are open 24 hours a day except, of course, on Shabbos.

Eighty percent of our business is servicing the heimishe community in Boro Park that doesn’t have access to smartphones.

What is the shortest trip that your company has ever been hired for, and what is the longest trip — and how much were the fares?

The shortest trip is one block — an elderly person who needs to go a block from his house to shul. We are actually hired quite often for these jobs. The minimum charge for a trip is $8.

Let’s start back in mid-March when the pandemic first hit New York. How did that affect EZ Car Service?

Right after Purim, drivers started leaving. None of them were sick yet, but they heard about the pandemic and how contagious the coronavirus is.

When you have passengers in your car, you never know who has corona and who doesn’t. So the drivers were scared. Around 10% of the drivers left in the days right after Purim.

How was the business operating then?

We closed the office and didn’t even have a regular dispatcher; the drivers took turns dispatching from their cars.

Of course, drivers put plastic sheets between the front and back seats, and passengers were not allowed in the front.

In those early days of the shutdown, our call volume was so low that each driver was getting just one call an hour.

What about you personally?

I was hardly working at all. I did dispatching just a few hours a day.

What is the business model of your company? Do the drivers own their own cars and pay a weekly fee for dispatching services, or are the cars owned by the company?

The drivers pay a weekly amount called the base fee. They own their own cars and they keep their full fares.

So these drivers who weren’t working just stopped paying their base fees?

Right. And for the approximately 10% of drivers who were working, we charged half the usual base fee — just so we could cover our basic expenses — because there were hardly any calls coming in.

Do you think at least some of your customers during the pandemic were people who normally use public transportation, but now were afraid to use the train or the bus for fear of catching the virus?

I don’t think so.

But some of our calls were corona-related, like people giving out food deliveries, and schools giving out Haggados and work booklets to students.

When did things start picking up?

As it came close to Pesach, people needed to start going out, to get things for Yom Tov, and the call volume started going up. But we still had very few drivers — maybe another 5% or 10% came back to work. Drivers hadn’t been coming in for two reasons: because of corona and because we weren’t getting many calls.

Then, the first two weeks after Pesach, the business slowed again. We were back to square one. Drivers were doing the dispatching themselves again.

Once daycares opened, that brought us a lot of business.

Things really started picking up after Shavuos. More and more drivers started coming back, especially those who tested positive for antibodies. And as things started really opening, our call volume shot up like I have never seen before. We couldn’t even cover 80% of our calls.

Did you try hiring more drivers at that time?

A lot of people were contacting us, because they were out of jobs. But we didn’t hire, because we saw this spike as a temporary thing. And we knew the summer was coming, when many people leave the city and our call volume is lower.

We didn’t think it made sense to hire new drivers just for a couple of weeks.

As we speak now in mid-August, what is business like?

We have never seen such a busy summer. Camps were closed, so a lot more people are in Boro Park this summer than usual. Usually, in the summer our business is down 50% compared with the rest of the year, but this summer we’re only down 20%.

Are all your drivers back by now?

Did many of your drivers get the virus?

Most of them did. Of those who caught it, most had mild symptoms. Some were in bed for two weeks. We did have a couple of drivers who were very sick, but baruch Hashem they are all fine.