The Button Stops Here: How the Korean War Put Presidents in Charge of Nuclear Weapons 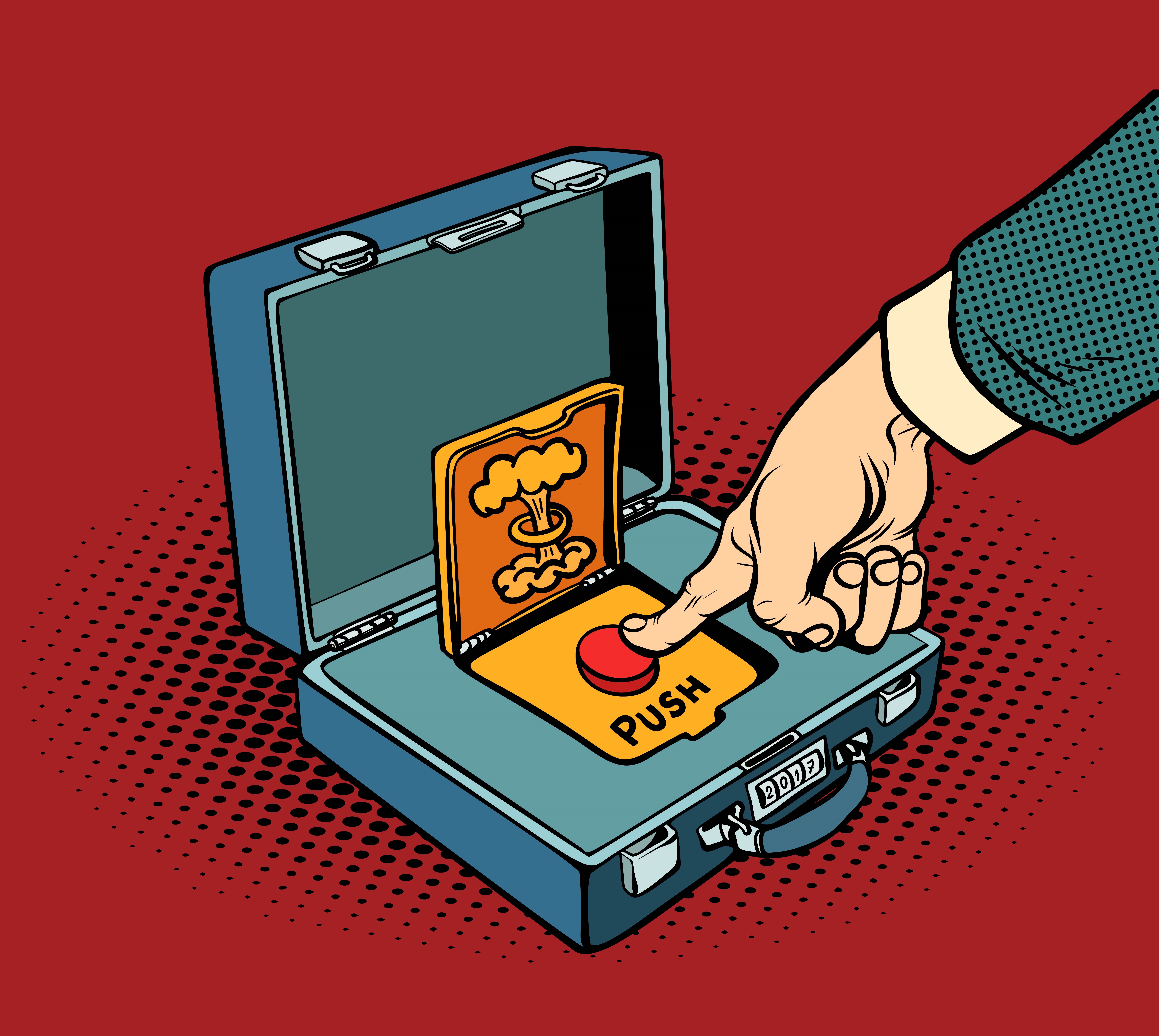 (The Washington Post) – Thanks to his off-the-cuff, bellicose reactions to North Korea’s nuclear and missile tests, President Donald Trump has generated controversy over what authority a president has to unilaterally deploy nuclear weapons. A recent Senate hearing attracted significant public attention, but failed to resolve the controversy.

This debate, however, is not new, but one that traces back to the start of the atomic age. Ironically, given that North Korea has spurred the current concern, an earlier conflict between the United States and North Korea helped shape the current structure of our nuclear command. In that case, control of America’s nuclear arsenal was determined by military and diplomatic needs, not by a clearly defined legal structure or debates about the ideal way to handle nuclear weapons. The same will hold true today.

At the heart of this debate are a series of questions: Can any president make a decision to launch nuclear weapons on his own? Is there any check on his authority over nuclear weapons within the U.S. chain of command? Neither the Constitution nor any specific law provides answers. Instead, as historians Alex Wellerstein and Avner Cohen pointed out in The Washington Post, the president’s power in this area “results from a series of Cold War-era decisions made secretly by the executive branch and the U.S. military.”

When the Korean War broke out in June 1950, using nuclear weapons was one of the first military options considered by President Harry Truman and his advisers.

Shortly after North Korea had crossed the 38th parallel, Truman asked whether the U.S. Air Force could “knock out” the Soviet air bases in Northeast Asia. Air Force Chief of Staff Hoyt S. Vandenberg replied that “it could be done with if we used ‘A-bombs’” even though “it might take some time.” Concerned about a potential Soviet intervention in the war, Truman ordered preparation of plans “to wipe out all the Soviet air bases in the Far East,” but no action.

By the end of July, North Korea marched down the Korean Peninsula and occupied most of the South, turning the momentum of the war against the U.S.-led multilateral forces under the United Nations Command. The dire situation placed political pressure on Truman to consider using the atomic bomb to both contain and win the emerging war in Korea.

Later, despite the successful landing of Gen. Douglas MacArthur’s forces at Inchon and North Korea’s retreat, massive offensives by the Chinese pushed U.S. and South Korean military forces to pull back southward again beginning in December 1950, shocking leaders in Washington and U.S. field commanders alike. “We face an entirely new war,” MacArthur lamented during the offensive.

Confronting the political pressure to deploy the bomb, Truman explicitly hinted during a press conference on Nov. 30, 1950, that nuclear weapons were an option, saying that the United States would “take whatever steps are necessary to meet the military situation” on the battlefield.

Reporters bombarded Truman with follow-up questions. Although the president cautioned that the bomb “should not be used on innocent men, women, and children who have nothing whatever to do with this military aggression,” Truman admitted that “there has always been active consideration” of using nuclear weapons.

Truman also stirred controversy over who precisely would decide if and when to use the nuclear arsenal. He noted that “[t]he military commander in the field will have charge of the use of the weapons, as he always has.” This pronouncement shocked the reporters in the room, as well as audiences worldwide. Did Truman mean that the bellicose MacArthur actually had the authority to order the use of nuclear weapons?

Before the day was out, the White House tried to walk back both parts of Truman’s remarks. The White House’s statement portrayed his consideration of the bomb as part of the usual determination to deploy any available weapons during wartime. The White House also emphasized that “only the President can authorize the use of the atom bomb, and no such authorization has been given.” Only after such authorization occurred would the military commander in the field “have charge of the tactical delivery of the weapons.”

The clarification failed to extinguish the widespread alarm because many Americans — and some world leaders — feared that MacArthur might deploy the weapons if Truman decided to use them. Their fears were well-founded. In December 1950, MacArthur strongly urged Washington to seriously consider waging nuclear warfare. He also sought commander discretion to use those bombs and requested 34 atomic bombs primarily for specific targets.

Truman’s declaration provoked mixed reactions from American allies. South Korean President Syngman Rhee, who saw nuclear weapons as a potential military means to achieve his political goal of defeating the Chinese and unifying Korea, welcomed Truman’s nuclear saber-rattling. By contrast, an alarmed British Prime Minister Clement Attlee, fearing a third world war, flew to Washington to try to ensure that Truman would not decide to launch a nuclear attack without a prior consultation with the United Kingdom and Canada. Although he requested a written declaration from Truman, he secured only a verbal promise.

In March 1951, it seemed as if Rhee might get his wish, and Attlee his nightmare. MacArthur again asked for Washington’s permission to hit enemy airfields with atomic bombs. The Joint Chiefs of Staff, some other parts of the U.S. military and the State Department had great apprehension about MacArthur’s proposal. After a series of deliberations and analysis on the status of the war and the possible reactions from Beijing and Moscow, Truman and his senior advisers opted against using nuclear weapons.

But the decision was not final. After the war devolved into a stalemate near the 38th parallel, MacArthur openly challenged Truman’s authority by insisting that the war should be extended into China. This clash resulted in the president’s decision to relieve the general from his position.

This new turn in early April drove Truman to consider his nuclear option for the last time — and to move closer to deploying nuclear weapons than he had previously. On April 5, the Joint Chiefs of Staff requested the ability to retaliate with nuclear weapons if China dispatched large new forces or if Chinese bombers attacked U.S. forces. Truman approved these requests.

Truman and his administration ultimately avoided escalating the Korean War into a nuclear conflict. Although nuclear diplomacy was a significant part of the war effort, its impact was more conspicuous in U.S. domestic politics. Truman’s conflict with MacArthur contributed to strengthening the presidential authority over nuclear weapons.

Today’s nuclear debate has evolved in the opposite direction. In the current case, it is the president, not the commanding general, who is bellicose and impulsive, provoking fears of nuclear conflict. Legislators and others are pondering how to check rather than enable the president’s power to launch the world’s most destructive weapons.

Yet, just as the tense situation during the Korean War shaped this area of authority where no specific law exists, today’s tense standoff with North Korea will reshape who gets to make the call on whether to deploy America’s nuclear arsenal — and the eventual outcome is likely to be dictated by military and political exigencies, not a theoretical debate about ideal power structures.

The author is a nonresident scholar at the Nuclear Policy Program in the Carnegie Endowment for International Peace.