Columns Toppings Matter More Than Greens in a Salad 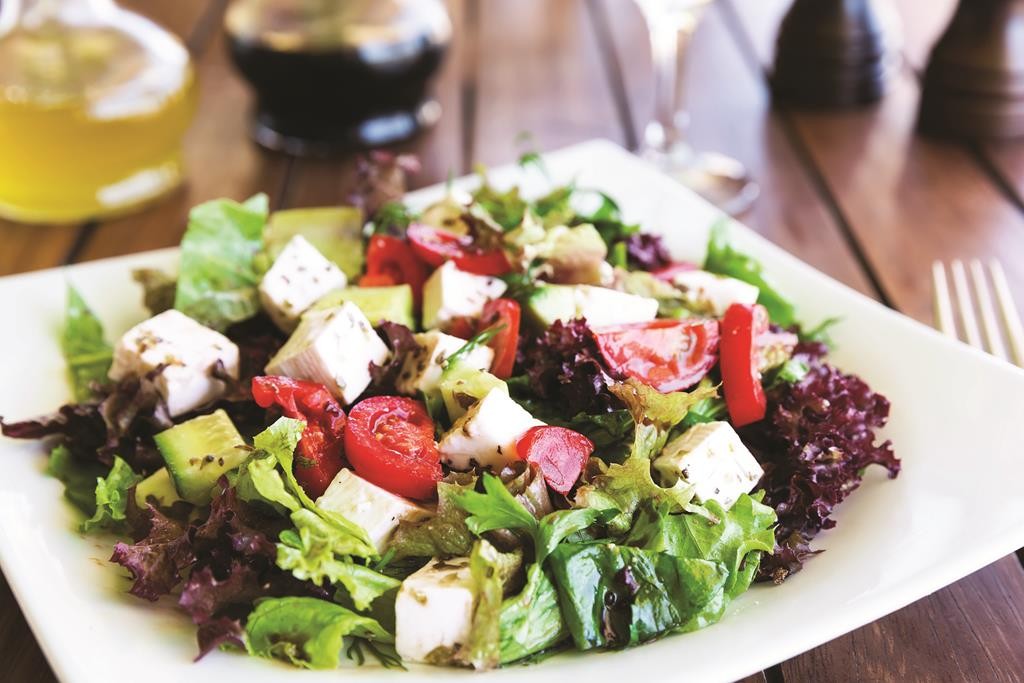 Q: I’m trying to eat more salads because I’ve been told they’re filling and nutritious. Which salad greens are most nutritious?

A: Good job! Eating more salads is an easy way to achieve one nutrition goal that doesn’t stir the nutrition cauldron: eating more vegetables. Although dark green leafy lettuces are your best bet for a base, any greens tossed with raw vegetables and topped with a low-calorie dressing can be healthful. But it’s these toppings — rather than the right shade of greens — that matter most.

Why eat vegetables? Moderate evidence shows that regularly eating 2 1/2 cups of each per day can help reduce cardiovascular disease, including heart attacks and strokes. Sufficient evidence shows they protect against certain types of cancer. Plus they may assist with weight control. A recent study from the Harvard T.H. Chan School of Public Health’s large observational database, which tracked the eating and lifestyle habits of health-care professionals over 24 years, showed that eating one extra serving of vegetables a day led to a slower weight gain over that period.

For many years iceberg, also called head lettuce, reigned supreme. But according to Elizabeth Pivonka, a dietitian and president and chief executive of the Produce for Better Health Foundation, romaine and leaf lettuce (green leaf, red leaf, butter and Bibb), combined, recently became the most consumed lettuces in the United States, followed by spinach. “Collard greens, escarole, kale, mustard greens and turnip greens are consumed at much lower levels but are increasing,” she told me in an e-mail.

Lettuce greens contain nearly no calories, around 5 to 10 per cup. Their virtue is their volume: lots to crunch and munch. Across the board they contain a gram or two of carbohydrates, barely a gram of protein and about a gram of fiber per cup. Their sodium content is next to nil.

The darker leafy greens, such as spinach, romaine and leaf lettuce, contain more of certain nutrients, including vitamin A and other carotenoids, vitamin C and potassium, than iceberg. “The cruciferous greens, like arugula, collard greens, kale, mustard greens and turnip greens, also contain these nutrients, along with other potentially cancer-preventing compounds, called isothiocyanates and indoles, unique to cruciferous vegetables,” Pivonka writes.

But, Pivonka adds: “The most nutritious greens are those that you actually EAT, so any of them, including iceberg, are fine!”

Lettuces also offer a palette for an array of other colorful nutrient-dense raw vegetables such as cucumbers, peppers, carrots, mushrooms, red cabbage and tomatoes. However, steer clear of calorie- and fat-dense salad toppers such as cheese, tuna salad or fried chicken. And especially beware of dressing, which can be the downfall of a healthful salad. Most regular (not light, reduced-calorie or fat-free) salad dressings range between 50 and 80 calories per tablespoon. The sodium count of commercial dressings ranges from 100 to 500 milligrams of sodium per two tablespoons.

Salads can be healthful no matter where and when you eat them. Test out these tips.

At the salad bar

Hope Warshaw, a registered dietitian and certified diabetes educator, is the author of numerous books published by the American Diabetes Association.