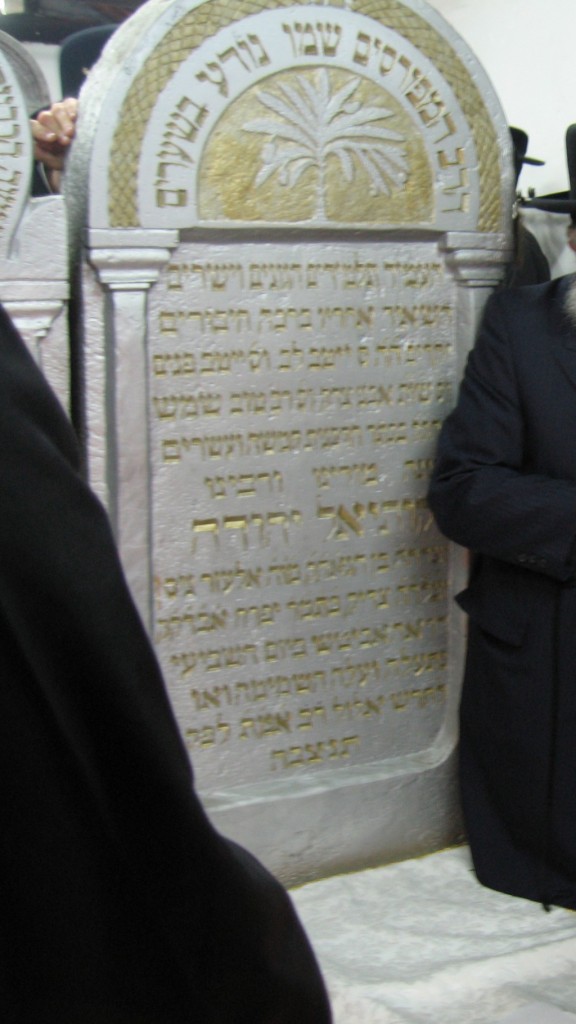 Shortly after his marriage, at the age of 25, the Yetev Lev was invited to serve as Rav in Stropkov. Toward the end of 5601/1841 he succeeded his grandfather, the Yismach Moshe, as Rav in Ihel (Ujhely). After that, he served as Rav of Gorlitz. In 5617/1857, after the petirah of his father, the residents of Drohbitsch appointed him Rav in his father’s stead. In 5618/1858, he was invited to serve as Rav of Sighet. He led this kehillah capably until his last day.

He founded a yeshivah in Sighet, and many talmidim became his devoted chassidim. The Sigheter Rav was extremely warm to his talmidim and cared for both their spiritual and physical needs.

Reb Yekusiel Yehudah was a genius in both the revealed and hidden Torah, and was one of the foremost Chassidic leaders of his generation.

Harav Tzvi Hirsh of Rudnik often said that one who did not know his grandfather, the Yetev Lev, had never seen a truly humble person. The Yetev Lev regarded everyone as superior to him. “When my grandfather would enter the beis medrash and pass a simple person putting on tefillin, he would stand and listen to the man’s brachah and respond with a fervent amen. Then he would look at him admiringly, tears flowing from his eyes, and murmur, ‘See how a Jew who fears Hashem recites a brachah and puts on tefillin!’”

The Yetev Lev’s son-in-law, the Rav of Gorlitz (son of the Divrei Chaim of Sanz), said, “My father-in-law is a tzubrochene Yid, a Jew with a broken heart.”

The Yetev Lev never spoke ill of any Jew. Every night, he would learn with his grandchildren from midnight to 1:00 a.m., and then from 3:00 to 4:00 a.m. In the middle of the shiur he would shut his eyes for a while. Everyone thought that he had fallen asleep, but actually, although immersed in thought, he heard all that was said.

Once when his eyes were shut the grandchildren began to speak about a very corrupt person. This man had sorely distressed the residents of the town, and had even disparaged the Yetev Lev in public. The Rav of Lafush, who was present, tried to defend the man, saying that the rumors of his negative deeds were untrue. He even supported his opinion with the fact that the Yetev Lev thought highly of this man. The Yetev Lev had not participated in the conversation; however, when he heard that remark, a smile crossed his face, proving that even when he closed his eyes during the shiur, he wasn’t really sleeping.

He wrote Yetev Lev on Torah, Yetev Panim on Mo’adim, Rav Tuv on Torah and She’eilos U’teshuvos Avnei Tzedek on all four chalakim of the Shulchan Aruch. He was niftar on 6 Elul 5643/1883 in Sighet and is buried there.

In 1813, Austria declared war on France.

In 1867, President Andrew Johnson sparked a move to impeach him as he defied Congress by suspending Secretary of War Edwin M. Stanton.

In 1898, fighting in the Spanish-American War came to an end.

In 1902, International Harvester Co. was formed by a merger of McCormick Harvesting Machine Co., Deering Harvester Co. and several other manufacturers.

In 1944, during World War II, Joseph P. Kennedy Jr., eldest son of Joseph and Rose Fitzgerald Kennedy, was killed with his co-pilot when their explosives-laden Navy plane blew up over England.

In 1960, the first balloon communications satellite — the Echo 1 — was launched by the United States from Cape Canaveral.

In 1962, one day after launching Andrian Nikolayev into orbit, the Soviet Union also sent up cosmonaut Pavel Popovich; both men landed safely on August 15.