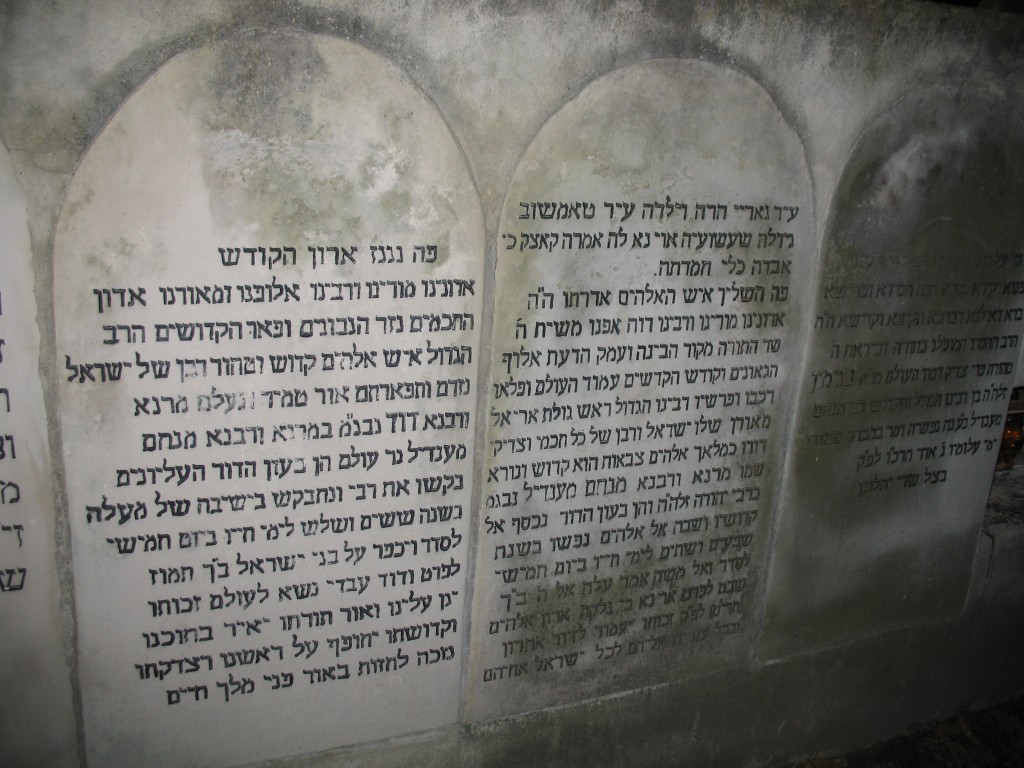 In 3413/348 B.C.E., the joyous dedication of the second Beis Hamikdash was celebrated after four years of work.

Harav Binyamin Morgenstern, born in 5600/1840, was the son of the Kotzker Rebbe and his father’s zivug sheini, the daughter of Harav Moshe Chalfan of Warsaw. (Harav Chalfan was also the father-in-law of the Chiddushei HaRim of Ger.)

Reb Binyamin, renowned for his charifus, was respected and admired by the Chassidim.

He was offered shidduchim with the daughters of leading Gedolim, but all offers were turned down by his father, the Kotzker Rebbe. However, the Rebbe willingly agreed to a shidduch with Frumtche, the daughter of Harav Avraham Mordechai Alter, zt”l, son of the Chiddushei Harim and father of the Sfas Emes.

The wedding was held on 4 Adar 5616/ 1856 in Kotzk, with the attendance of the brothers-in-law — and now mechutanim — the Chiddushei Harim and the Kotzker Rebbe. Although it was extremely cold and the snow was deep, many Kotzker Chassidim attended the wedding; all wished to take part in the simchah of the Rebbe: the wedding of his son.

On 22 Shevat 5619/1859, the Kotkzer Rebbe was niftar. While some of the Chassidim chose his son Harav Dovid as the new Rebbe, many flocked to the Chiddushei Harim, then in Warsaw, appointing him Rebbe. Among those who journeyed to the Chiddushei Harim were Reb Binyamin and his brother Rav Moshe Yerucham, and the sons-in-law of the Kotzker Rebbe, the Avnei Nezer and Harav Zev Rapaport, Rav of Kotzk.

On the second day of Sukkos 5626/1865, the Chiddushei Harim said: “Initially I thought that I would bring the hearts of Am Yisrael close to our Father in Heaven and then the Geulah will arrive, but now I see that this is to be left for someone else. There will stand up an avreich free of aveirah, who will only be able to tolerate those who are yir’ei chet, and through him the Geulah will come. Maybe I will be zocheh that this will be from my descendants.” Sitting next to the Chiddushei Harim were his grandsons the Sfas Emes and Reb Binyamin. The Chiddushei Harim turned to Reb Binyamin and told him, “I didn’t mean you, but another avreich.”

Later that winter, when Reb Binyamin returned to his home in Kotzk, he took ill. The doctors could not cure him; his condition deteriorated until he was niftar on Motzoei Shabbos Parashas Terumah, 3 Adar 5626/1866. He was 30 years old.

Reb Binyamin was buried in the ohel in Kotzk, with his father; later, his brothers and brothers-in-law were also buried there.

In 1909, the National Association for the Advancement of Colored People was founded.