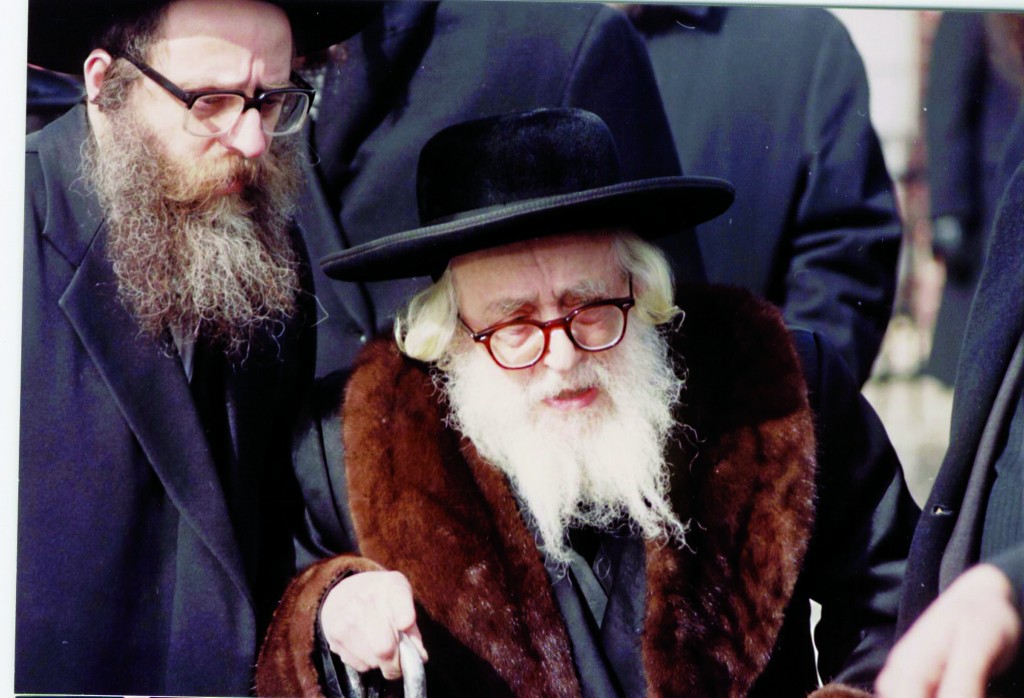 In 5376/1616, the execution of Vincent Fettmilch, a Jew-hater who headed the baker’s guild in Frankfurt, Germany, took place; the Jews of Frankfurt celebrated a Purim in commemoration of that event.

During that era, Frankfurt was a glorious kehillah numbering over 3,000 Jews. The evil Vincent Fettmilch battled the Yidden and tried to pass legislation that would expel them. After an unsuccessful attempt, he incited a mob that attacked the community mercilessly, which forced many residents to flee. When the emperor heard of this, he summoned Fettmilch to trial and he was sentenced to death.

In his youth, he studied in the city of Kashau, in the Hungarian-Slovakian border region, where he became an ardent talmid of Harav Shaul Brach, zt”l, Av Beis Din of Krali and Kashau.

When he was a young man, he began serving as Rav of Kashau.

In approximately 5690/1930, Rav Refael was present when the Satmar Rebbe, zt”l, met with his rebbi, Rav Brach. The Satmar Rebbe turned to Rav Brach and asked, “To whom are we leaving the next generation?” Rav Brach answered, “To Refael Blum,” and pointed to his beloved student.

After miraculously surviving the horrors of the Holocaust, Rav Refael established a yeshivah in the city of Kashau, where he taught Torah and mussar following the path set by the Chasam Sofer and his students.

A short while later Rav Refael moved to Williamsburg, Brooklyn, where many survivors flocked to him, seeing in him a successor to the prewar Gedolim.

Rav Refael always quoted the famous adage of the Chasam Sofer: “Chadash assur min haTorah — new, modern ways of doing things are forbidden by the Torah.” He was very particular not to deviate from traditional minhagim.

Rav Blum was renowned as a tremendous masmid, often learning for 18 hours straight. He was known for his deep chiddushim on Shas as well as his proficiency in halachah, which earned him the respect and admiration of many Gedolei Yisrael.

The sefarim that Rav Refael authored included Tal Shamayim and Birkas Shamayim on Shas, and his halachic teshuvos were widely accepted in the Torah world. He would also edit and review sefarim of the Rishonim to make them easier for people to learn and comprehend.

Aside from being a posek halachah, Rav Refael was one of the foremost speakers on behalf of American Jewry, and devoted himself to the pure chinuch of Jewish children. During his last year, he weakened considerably.

In 1504, Christopher Columbus, stranded in Jamaica during his fourth voyage to the West, used a correctly predicted lunar eclipse to frighten hostile natives into providing food for his crew.

In 1796, President George Washington proclaimed Jay’s Treaty, which settled some outstanding differences with Britain, in effect.

In 1904, President Theodore Roosevelt appointed a seven-member commission to facilitate completion of the Panama Canal.

In 1984, Canadian Prime Minister Pierre Elliott Trudeau announced he was stepping down after more than 15 combined years in power.