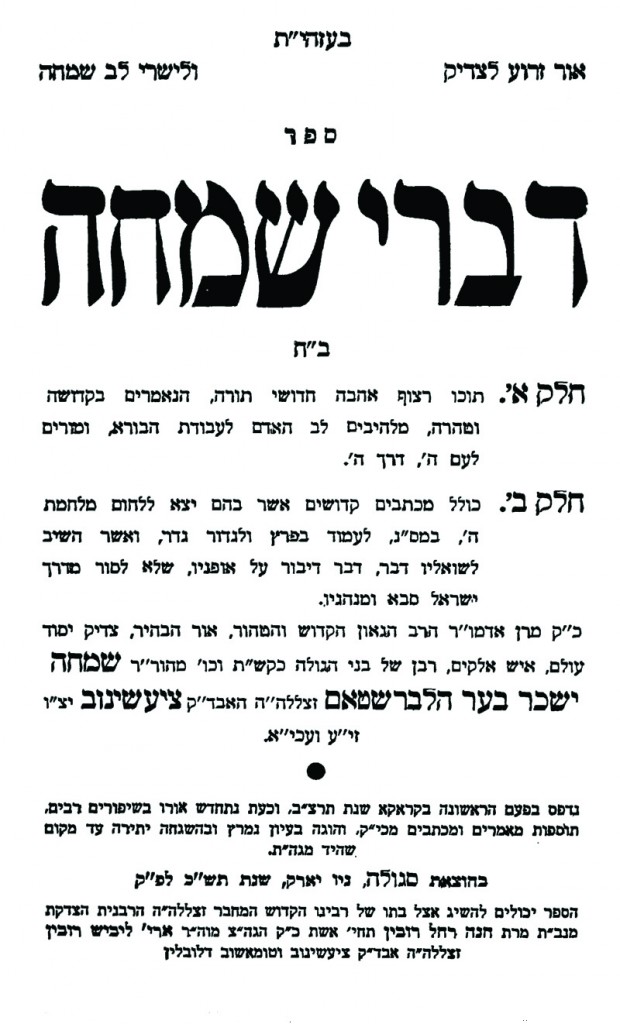 In 5243/1482, the first volume of the Talmud Bavli, Maseches Brachos, was printed in Soncino, Italy.

In 5450/1689, the Jewish community of Ancona, Italy, miraculously escaped unharmed from an earthquake. They declared a fast day in commemoration and the following day, 21 Teves, was celebrated as a Purim.

Harav Simchah Yissachar Ber Halberstam was the son of Harav Yechezkel Shraga of Shinive. He was born in 5629/1869 in Stropkov. He was cherished by his father, who said of him: “He is my chiyus.”

Once his mother took the child to his grandfather, the Divrei Chaim of Sanz, who promised her that her son would enlighten the world. Reb Simchah Yissachar Ber would later say that he was pleased that he knew his grandfather, since while the Gemara (Bava Metzia 85a) says that a talmid chacham whose son and grandson are talmidei chachamim is guaranteed that the Torah will never forsake his descendants, this only applies if the first three generations actually see one other.

Reb Simchah Yissachar Ber was known as a Gadol baTorah and a kana’i. He fought against the Zionist movement.

The divrei Torah and letters of Reb Simchah Yissachar Ber were collected as Divrei Simchah.

In 1913, the U.S. Parcel Post system went into operation.

In 1959, Fidel Castro and his revolutionaries overthrew Cuban leader Fulgencio Batista, who fled to the Dominican Republic.

In 1994, the North American Free Trade Agreement went into effect.