Storming the Walls Of Technopoly 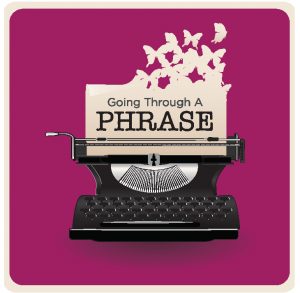 The president issued a barrage of tweets attacking the technopolies. Meanwhile, Congress, fearing violence from a growing populist movement, called for the National Guard to defend high-tech companies under siege. An editorial in the Washington Post called for a bill to make computer-smashing a capital offense.

OK, I made that all up. It’s fake news. But I had you going there, didn’t I? You know why? Because it’s too true to be good.

Ned Lud, where are you now that we really need you?

Oxford English Dictionary (OED) defined Luddite as “A member of an organized band of English mechanics and their friends, who (1811–16) set themselves to destroy manufacturing machinery in the midlands and north of England.” The first historical citation for the word was in the 1811 Annual Registry: “The rioters assumed the name of Luddites and acted under the authority of an imaginary Captain Ludd.”

The etymology of Luddite is the stuff of legend. OED cited Pellew’s Life of Lord Sidmouth (1847): “Ned Lud was a person of weak intellect who lived in a Leicestershire village about 1779, and who in a fit of insane rage rushed into a ‘stockinger’s’ house, and destroyed two frames so completely that the saying ‘Lud must have been here’ came to be used throughout the hosiery districts when a stocking-frame had undergone extraordinary damage. The story lacks confirmation. It appears that in 1811–13 the nickname ‘Captain Ludd’ or ‘King Lud’ was commonly given to the ringleaders of the Luddites.”

The new Neds, aka neo-Luddites, are anything but persons of weak intellect and their rage is quite sane, thank you.

Neil Postman wrote that the “much maligned Luddite movement” has come to refer to “an almost childish and certainly naïve opposition to technology. But the historical Luddites were neither childish nor naïve. They were people trying desperately to preserve whatever rights, privileges, laws, and customs had given them justice in the older world-view.”

In “Informing Ourselves to Death,” a speech to the German Informatics Society sponsored by IBM, Postman said, “The tie between information and action has been severed. Information is now a commodity that can be bought and sold, or used as a form of entertainment. … We are glutted with information, drowning in information, have no control over it, don’t know what to do with it.”

Part of the problem is that we’ve become tech-dependent and schizoid about technology. Can’t live with it; can’t live without it.

It’s an old story. In 1845, Henry David Thoreau moved to a forest cabin on Walden Pond. “I went to the woods because I wished to live deliberately.” But two years, two months, and two days later, even Thoreau felt a need to return to civilization and its discontents.

I’d call myself a non-orthodox neo-luddite. I spend most of my day in front of a computer screen. But I tenaciously (some say stubbornly) stick to Windows 7. And I just replaced my old flip phone … with a new flip phone. I like smart people and dumb phones.

In Ben Zimmer’s Wall Street Journal language column, he reported, “After a year when the big tech companies were rocked by scandals over data privacy concerns, reports of election manipulation and censorship practices … ‘techlash’ … was named digital word of the year by the American Dialect Society.”

My opening fake news story was merely a dramatization of a too-real phenomenon. Zimmer cited a 2013 article in The Economist predicting what the author called “the coming tech-lash,” a “peasants’ revolution” against the “geek oligarchs,” who for all their charming (to some) geekiness, are behaving much like the rapacious robber barons of old. And now they’re making inroads into Washington and outer space.

The technocrats have created their own technocracy bubble. Not the burst bubble of the ’90s dot-com bust; rather they live in their own bubble — a world of their own creation.

Like the pigs in Animal Farm who morphed into replicas of their human former masters, “The creatures outside looked from pig to man, and from man to pig, and from pig to man again; but already it was impossible to say which was which.”

Zimmer explained the “-lash” suffix: “Lash … has meant ‘a sudden or violent blow’ since the 14th century, especially the strike of a whip.” He also quoted a 1964 “Peanuts” cartoon about a political poll of “the backlash vote, the frontlash vote, the whiplash vote, the eyelash vote and the tongue lash vote.”

Now I’m waiting for techgate. That crime gets 20 lashes.