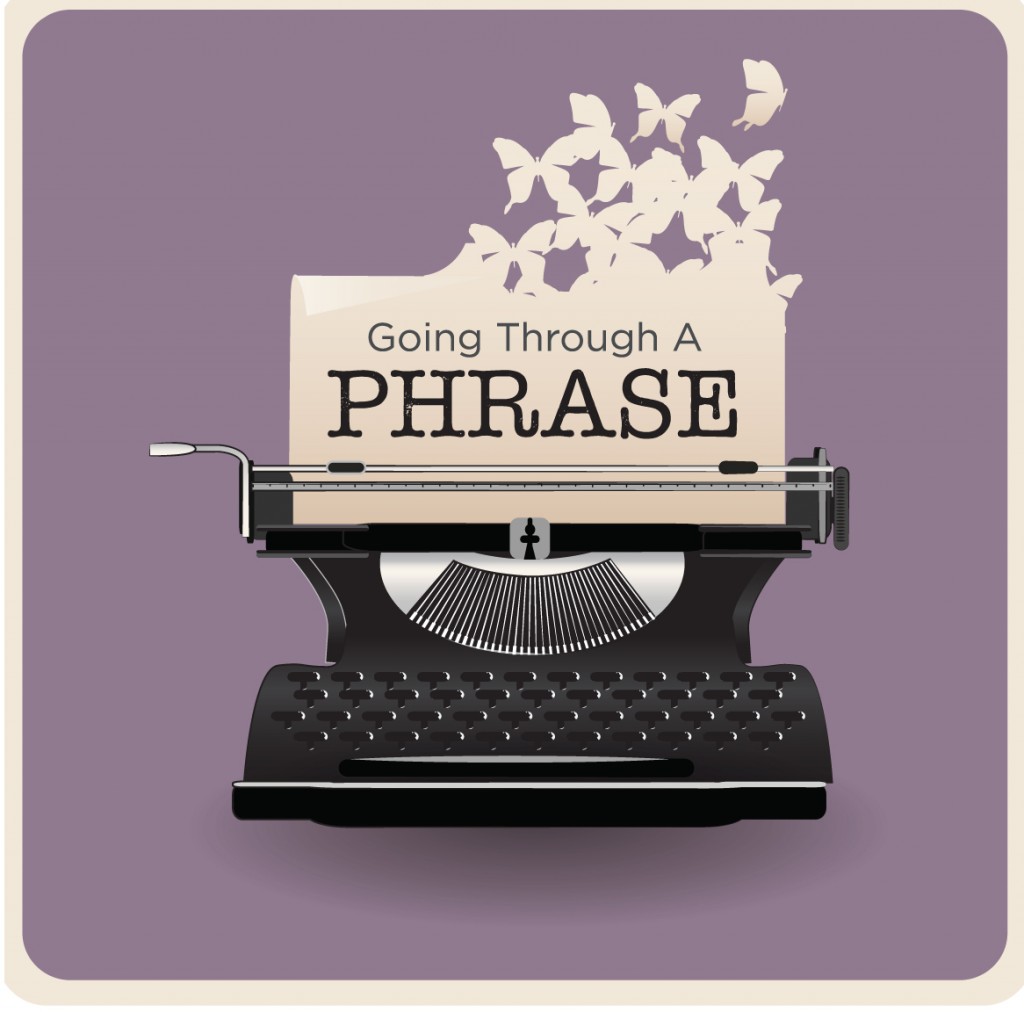 I don’t think of myself as a stuffed-shirt. Except in the literal sense. But Mary Norris, copyeditor at the New Yorker, made me feel self-conscious.

In Between You and Me, Norris wrote, “The term ‘Oxford comma’ refers to the Oxford University Press, whose house style is to use the serial comma. … To call it the Oxford comma gives it a bit of class, a little snob appeal. Chances are that if you use the Oxford comma you brush the crumbs off your shirtfront before going out.”

Well, I do brush the crumbs off my shirtfront. Especially before Pesach! That’s when I also do the chametz hop before leaving the kitchen.

I actually prefer the Oxford comma — the last comma in a series, before “and.” But working for a newspaper, I usually stick to AP Style:

“Use commas to separate elements in a series, but do not put a comma before the conjunction in a simple series: The flag is red, white and blue. …” (I grew up a trolley ride from Ebbets Field. I know there’s no such thing as a simple series. But I digress.)

Even AP admits that life isn’t always so simple: “Use a comma also before the concluding conjunction in a complex series of phrases: The main points to consider are whether the athletes are skillful enough to compete, whether they have the stamina to endure the training, and whether they have the proper mental attitude.”

Bryan Garner, lexicographer and Texas law man (two words, because he’s a legal expert, not a sheriff) wrote, “Whether to include the serial comma has sparked many arguments. But it’s easily answered in favor of inclusion because omitting the final comma may cause ambiguities, whereas including it never will. … Although newspaper journalists typically omit the serial comma as a ‘space-saving’ device, virtually all writing authorities outside that field recommend keeping it” (Garner’s Modern American Usage).

Journalists and “writing authorities” aren’t always on the same page. I’ve gotten caught in the crossfire of that turf war. Once I got an email from a colleague who was horrified by my seemingly slipshod use of dashes.

I do use a lot of dashes. Sometimes a comma isn’t enough to give a pause that refreshes. And, when editing, I can be obsessive about replacing misplaced en dashes (so named because they are the width of a capital N) and (horrors!) hyphens, with long, or em dashes (the width of a capital M).

But it wasn’t my being so dashing that dismayed my colleague. It was the spaces I put before and after the dashes. I was typographically incorrect. Which, in certain circles, is worse than being politically incorrect.

I defended myself, explaining that we follow AP Style:

“Put a space on both sides of a dash in all uses except the start of a paragraph and sports agate summaries.” (An agate is the tiny — about 1/14 inch — type used for statistical data on sports and stock pages. I don’t read either of them.)

Still, making decisions for the paper is above my pay scale. I am a faithful scout who digs up information. So I looked it up and presented the case to the decision makers. To alleviate my colleague’s pain, I quoted the following from Garner:

“A long dash, or em dash, is used: in pairs, to mark off information or ideas that are not essential to an understanding of the rest of the sentence” or “to show other kinds of break in a sentence where a comma, semicolon, or colon would be traditionally used.” Then he added, “Note that there is no space added on either side of a long dash.”

To be honest, Garner added, “Dashes are especially common in informal writing, such as personal e-mails or blogs, but it’s best to use them sparingly when you are writing formally.” But I’m not so formal. Hey, I even spell email without the hyphen.

I choose my battles. I gave up changing “over” to “more than” ever since AP overruled the rules. To say nothing of the late, lamented Oxford comma, which AP eliminated and buried in a serial box. Maybe if I waited long enough, AP might change the rules again. But I needed an immediate decision.

So, I asked, “What shall it be? Where do we stand? AP or not AP? That is the question.”

My colleague’s hopes were dashed. AP ruled. And the dashes remain spaced out.

Mary Norris inherited a “comma shaker” from her predecessor at the New Yorker. It looks like a salt shaker from an old Brownsville knish cart, with hand-drawn commas. It is a symbol of over-salting with commas.

I take a pragmatic view. To me, punctuation marks are like street signs. If you’re not going anywhere, you don’t need them.