Columns Language On My Way, I Metaphor
Language 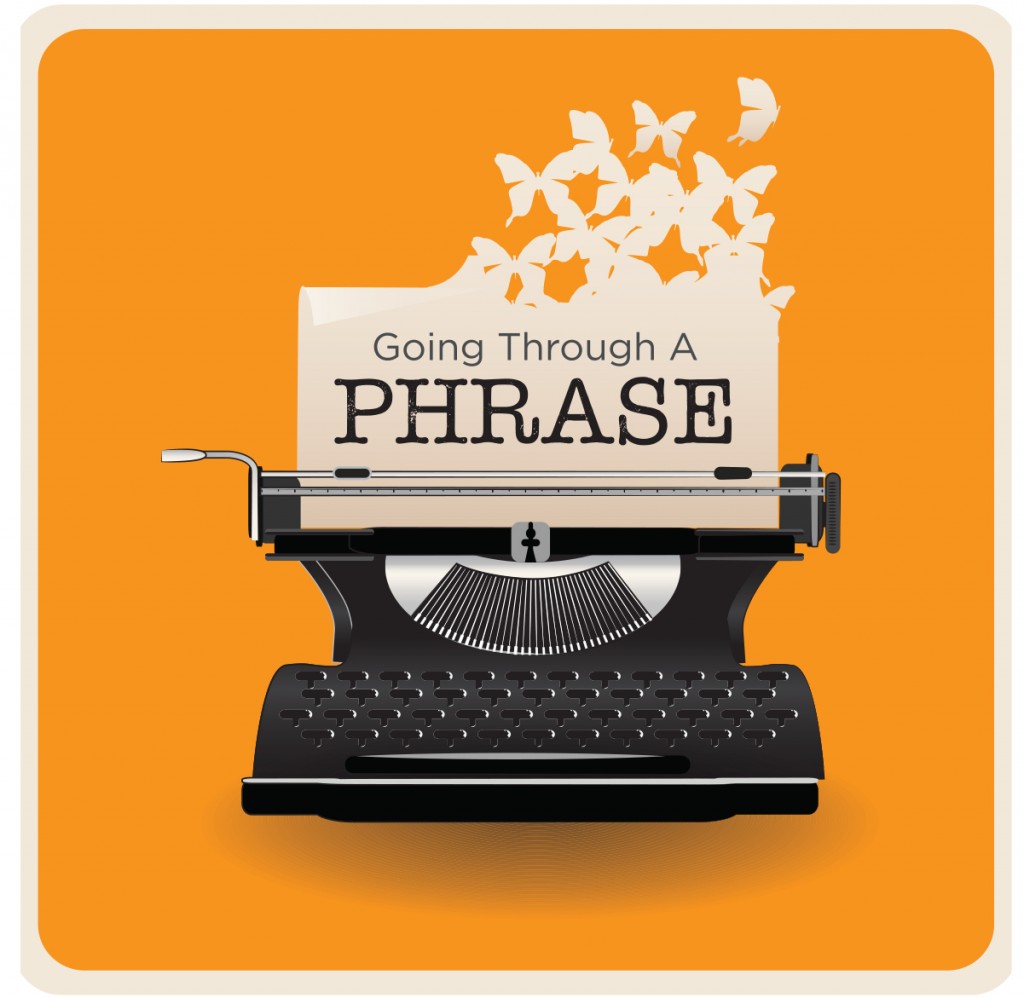 I wanted to call this column “I Never Metaphor I Didn’t Like.” But Dr. Mardy Grothe beat me to the punch.

Besides, most people wouldn’t remember the quote the expression plays off: “I never met a man I didn’t like.” Will Rogers said that in the ‘30s. I don’t know who he met. But a lot of men are a closer fit to a quote mistakenly attributed to Mark Twain (Oxford Dictionary of Humorous Quotations): “I refused to attend his funeral, but I wrote a very nice letter explaining that I approved of it.”

Twain is a refuge for lost caustic quotes looking for a home. But QuoteInvestigator.com traced this one to former U.S. Attorney General Ebenezer R. Hoar.

But, as I was saying before I so rudely interrupted myself, I spared you trying to figure out the title. You’ll have enough to deal with soon (sinister music rises in the background).

The Oxford English Dictionary defines metaphor as, “A figure of speech in which a name or descriptive word or phrase is transferred to an object or action different from, but analogous to, that to which it is literally applicable.”

That’s a mouthful. It sounds translated from German. Here’s a less convoluted definition, from the Oxford Advanced Learner’s Dictionary: “A word or phrase used to describe somebody/something else, in a way that is different from its normal use, in order to show that the two things have the same qualities and to make the description more powerful. …”

In his book on metaphors, Dr. Mardy Grothe wrote, “The word metaphor made its first appearance in English in 1533. It derives from two Greek roots: meta, meaning ‘over, beyond’ and pheiren, meaning ‘to carry, transfer.’ The root sense of the word is to carry a word over and beyond its original meaning by applying it to something else. … And that is exactly what Shakespeare does in his famous passage from ‘As You Like It’: ‘All the world’s a stage.’”

I doubt that you were confused by my phrase in the first paragraph — “beat me to the punch.” It means he got there before me. Why “punch”? Because it’s a boxing metaphor. But you don’t need to engage in verbal firsticuffs to understand it.

A metaphor makes its comparison without the words “like” or “as.” The added modifier would turn it into a simile, which is similar to ­similar. (Still with me?)

Here’s a familiar simile — the Mishnah in Avos (5:20): “Yehudah ben Teima used to say: Be bold as a leopard, light as an eagle, fleet as a deer and mighty as a lion to do the will of your Father in Heaven.”

Even William Safire got tangled in the snarl of metaphor and ­simile. One of Safire’s “Gotcha! Gang,” aka, “shock troops of the Nitpicker’s League,” nailed him after he referred to an immunized IRS employee who testified to the authorities. Safire said the “employee was ‘singing like a birdie’ and added parenthetically, ‘(hardly an original metaphor).’”

The sharp-eyed nitpicker corrected him: “Singing like a birdie” is a simile, not a metaphor.

Safire contritely conceded, saying that both make comparisons but “simile is specific, as in the Shakespeare sonnet … ‘How like a winter,’ while metaphor is poetic, as in U.S. Grant’s ‘I am a verb.’”

Safire didn’t discuss the irony of President Grant sounding more poetic than Shakespeare, but we’ll grant him that.

Then Safire himself waxed poetic, adding, “Grant could have said, ‘I am a man of action, like a verb,’ which would have been a simile; instead, he let the reader take the metaphoric leap. A metaphor is like a fragrance that calls up a beautiful memory (which is a simile), while a simile lets a metaphor be its umbrella. (So I strain for effect. A grammarian’s reach must exceed his grasp, or what’s a metaphor?)”

That last zinger was a Safiresque hat tip to 19th-century poet Robert Browning, who wrote, “Ah, but a man’s reach should exceed his grasp, Or what’s a heaven for?”

But there’s a worse crime than confusing metaphors and similes. If, trying to sound poetic, a writer or speaker loses track of images, the result can be a mixed metaphor. Garner’s Dictionary of Legal Usage lists some, including this gem from “a speech by Boyle Roche in the Irish Parliament … about 1790: ‘Mr. Speaker, I smell a rat. I see him floating in the air. But mark me, sir, I will nip him in the bud.’”

Of course, some people can get away with anything. When Shakespeare had Hamlet say, “Or to take arms against a sea of troubles,” nobody complained, “Hey, Mr. Shakespeare, you got it mixed up. You can’t fight the sea with a sword. Get thee to an editor!”

Then again, Hamlet was one ­really stressed-out guy. You almost expect his train of thought to get lost at sea.