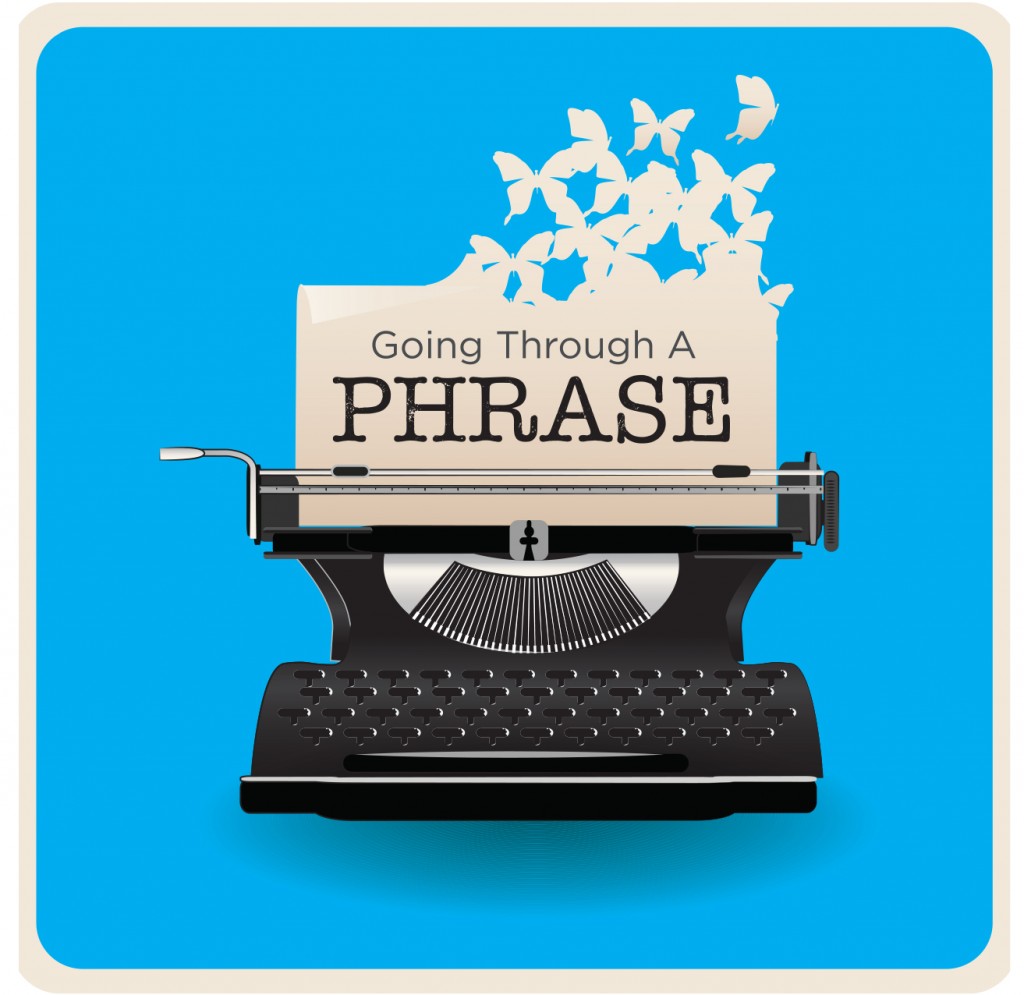 Not disoriented (or disoccidented) yet? Stay with me. The verse is yet to come.

The main characters hung out in a saloon called Buffalo Rome. One of them owned a Western gear store called Hormone Derange.

Much as I enjoy the wordplay, I’m sorry to say that cow was rustled. The brand belongs to Howard Chace, a professor at Miami University, who translated the old folk song “Home on the Range” into a language he created called “Anguish Languish.”

To cut to the Chace, the chorus line of his anguished version begins:

Sound familiar? Is the original on the tip of your tongue? Before you bite your tongue, or your mind issues a recall, let me translate:

“Home, home on the range,

Where the deer and the antelope play.”

Seldom is heard such courage in words. But the professor didn’t stop there. He created a body of litter assure. (This is contagious.) His most famous creation was a story called “Ladle Rat Rotten Hut.” It starts like this:

If you can’t wolf all of that down in one gulp, I’ll spoon-feed it:

“Once upon a time, there was a little girl who lived with her mother in a little cottage, on the edge of a large, dark forest. This little girl often wore a pretty little red cloak with a little red hood, and for this reason people called her Little Red Riding Hood.”

The title of this column comes from the climax of the story:

(Skip the next paragraph if you’re still figuring it out.)

Then, concluding a grim version of the story, he ends with a traditional lesson:

“Moral: Under no circumstances should little girls stop to talk to strangers.”

If it all still looks strange to you, try reading it out loud. Then you’ll find it understandable.

But why? Why is it understandable? What makes it more than a bunch of gibberish?

Professor Chace was interviewed by Stewart Brand in a 1980 Whole Earth Catalog, 40 years after Chace sent the ladle gull out into the florist.

“I taught French, and I used the story in my class to show the importance of intonation in learning a foreign language. You see, if you take these English words and put them in columns like a spelling book and just read them, they have no meaning. However, if you read them with the proper intonation, the meaning appears for certain people. For other people the meaning never does appear.”

Somehow, the ladle gull made it out of the florist and into print. Merriam’s Word Study magazine published the story. A radio celebrity broadcast it, and Chace got five thousand requests for copies. That led to a book deal with Prentice Hall in 1955.

Still, I have a problem with the good professor’s analysis.

Let me explain. But first I have to tell you a story from Leo Rosten’s Joys of Yiddish: A playwright made it big and bought himself a yacht. Then he bought a cap embroidered with the title “Captain.” When his mother came to visit him, she looked at his cap and said, “By you you’re a captain, and by me you’re a captain; but tell me, Sammy, by a captain are you a captain?”

By my family, maybe, I’m a linguist. But by a linguist I’m not a linguist. A professor I’m also not. But — help me out here — what does Chace’s story have to do with intonation?

Isn’t intonation how we “sing” our sentences? Tone of voice? On Language Log, Ben Zimmer (a linguist’s linguist), defined double-talk as “mimicking the sounds (but not the sense) of foreign languages.” There’s intonation, but no sense.

Correct me. But could the professor be so far off base about his own creation?

I can picture an interview in the 1800s, in the Transylvania Daily Ghoul:

“So, Doctor Frankenstein, how do you explain this creation of yours? How did you bring a dead body to life?”

“Well, you know, everybody has to make a living.”