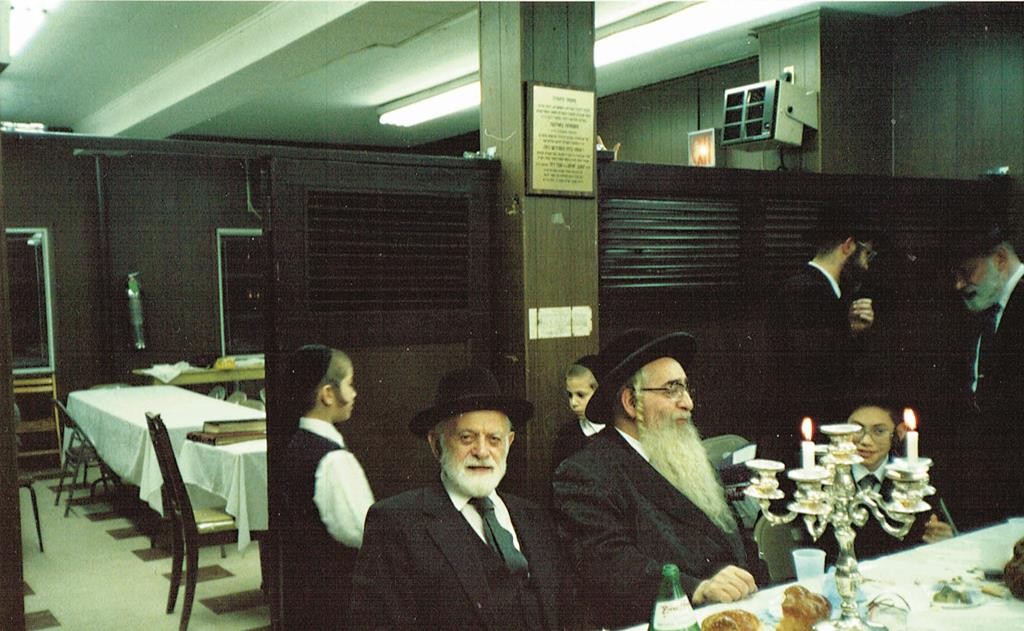 One day my mother noticed three people walking back and forth in front of our house. She went out to inquire as to what they were doing. To this they responded that their father had been a shochet and now their parents had both died and they were yesomim. Times were bad and Hitler, ym”s, was raising his ugly head. They had a brother who they assumed would take them in but he did not have room for them. They had come to Nove Zamky in the hope of finding a place to stay. My mother, of course, took them into our house where they remained for quite a long time. I must say that it was no easy task.

Did you know what was happening in other parts of Europe at this time?

There were some people in the town who were privy to this information but they did not disclose it to the public. They themselves didn’t believe that this type of behavior could be true.

The Bobover Rebbe ran away from the ghetto in Bochnia. On his way to his grandfather, Reb Shulem Leizer, he stopped in the town of Grossverdein. He knew what was happening. On Shabbos he got up to speak and he told the people who were gathered in the shul all that had transpired back in Poland. The Rebbe begged those present to run away. The Rosh Hakahal of Grossverdein accused him of inflammatory speech and reported him to the police. He informed the police that a Rabbi from Poland was telling the people lies! The people living in Grossverdein just couldn’t get themselves to believe that this type of behavior was happening.

The most incomprehensible example is the fact that Czechoslovakia is right next to Poland. The Polish people were already suffering terribly in 1939. By the time the war came to us, it was 1944. Wouldn’t one have imagined that people in Czechoslovakia would have known what was going on? In addition, there were many Polish people who came to hide in Czechoslovakia and Hungary, but we thought they had gone mad, something was wrong with them. The stories they related didn’t sound realistic; no one believed them.

Even once people were deported and the concentration camps were being filled up, the Germans managed to keep their actions hidden. Even within the walls of the barracks we had no idea what was going on in the next concentration camp or in the women’s camps.

When did you begin feeling the pressures of the war?

In the early years of the war my father was taken to munkatabor — forced labor, housed in a casonya — military base. He worked as a soldier without weapons. Their primary job was to help the Hungarian military dig ditches and other odd jobs.