Do You Make These Mistakes in English? 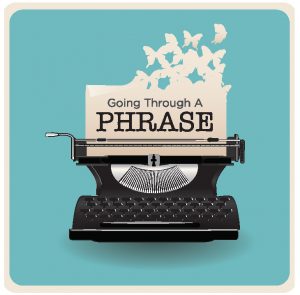 Vocabulary.com defines the related word hype as “extravagant claims about a person or product.” But the jury is still out on its origin. “Experts speculate that the word hype may be a back formation of hyperbole, or it may come from hyper — old-fashioned slang for a person who swindled someone.”

When I recently compared my past work as a mail order copywriter to snake-oil peddling, I wasn’t lying. I was merely using hype for effect. As Seth Godin wrote in All Marketers Are Liars, “Marketers aren’t really liars. I was lying when I named this book. … They are just storytellers.”

So let me tell you a story.

John Wanamaker, pioneer of the department store, complained: “Half of the money I spend on advertising is wasted. The trouble is, I don’t know which half!” He was talking about general image advertising. To borrow an analogy from Trout and Ries’ Marketing Warfare, image advertising is like “saturation bombing.” You make a strong impression. But you’re never sure of the results.

The problem with advertising is what I call Schiller’s Marketing Reality Check:

Nobody cares about what you have to sell.

Unless you’re solving their problems — or lucky enough to ride the wave of a fad — your product is irrelevant. People only care about what you can do for them: What you can do to improve their lives; save them time and money; make them healthier, wealthier and, yes, wiser. Good copywriting links their problems to your solutions.

The copy chief at the mail order company I worked for was a protégé of the trailblazer of mail order advertising: Maxwell Sackheim.

In 1918, Sackheim wrote one of the greatest ads of all time — for the Sherwin Cody School of English. The headline asked:

“Do You Make These Mistakes in English?”

How good was the ad? Well, nobody — including Sackheim himself — was able to write one that brought in more orders. So they kept running the same ad … for 42 years. The only thing that changed was the color of Sherwin Cody’s beard.

(Digression: Advertisers often change an ad that’s still working. But if it ain’t broke, don’t fix it. By the way, Phrase Finder reports that “if it ain’t broke” was already a popular Southern expression before Bert Lance, former President Carter’s budget director, made it famous.)

What made the Cody ad so effective? Instead of focusing on the school, it spoke directly to the needs of the prospect.

Edwin Battistella, professor of linguistics at Southern Oregon University, wrote a study of the Sherwin Cody School. The title is Do You Make These Mistakes in English? You just can’t beat that headline.

(Hat tip to Battistella, whose bio page at the university shows that he understands the real purpose of education: “The most important thing I teach is for students to enjoy learning.”)

In a chapter about the ad, Battistella wrote that it “reﬂected Cody’s views on salesmanship as well, which were outlined in his 1915 How to Deal With Human Nature in Business. … ‘The first step in creating desire is to put yourself in the other man’s shoes. Look at life from his point of view. Begin by saying you not I.’”

Sackheim linked poor English to social and economic anxiety. He “used the patent medicine formula of identifying a malady and offering a cure. The malady … was bad English, and the cure was Cody’s” course.

Another Sackheim protégé, Victor Schwab, explained that the headline challenged, grabbed and held the prospect. The key element was the word “these”: “This word is the ‘hook’ that almost forces you into the copy. ‘What are these particular mistakes? Do I make them?’”

Sackheim used to call copywriting “practicing psychiatry without a license.” But is it lying?

With delightful candor, Sackheim admitted that the Cody ad “was written to sell the writer himself. Having had no formal education, I was concerned about the mistakes in English I might have been making in my own writing. I was, therefore, a good prospect — and I wrote what I thought would sell me. … Strangely enough, the original copy contained several errors in English. Mr. Cody corrected most of them.”

Why was the ad so successful?

“Perhaps because no one (no-one? nobody?) is sure he doesn’t make some mistakes in English. Between you and I, I ain’t sure but what I can’t hardly help making some myself.”

I resemble that remark.