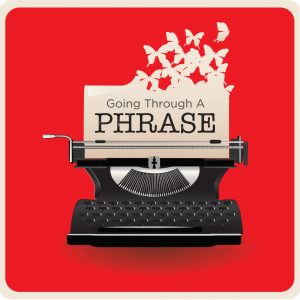 “Ketchup is a vegetable.”

Contrary to popular belief, President Ronald Reagan never said that. It was an anonymous USDA bureaucrat with a misguided budget-cutting plan. But that’s not what I came to talk about.

Before I tell you what ketchup actually is, let me fill you in on the news from Israel — about a war that didn’t make it to the front pages.

Worried about competition from the Heinz jolly red giant, Osem went to court. As Hamodia reported in January 2015, “Osem charged that [Heinz] was cheating, putting only 21% tomato into its ketchup, not 61% as claimed.” Osem based its allegation on “an analysis by a leading European laboratory.”

Israel’s Health Ministry ruled that Heinz’s bottled tomato condiment does not contain enough “tomato solids” to be labeled as ketchup in Israel. So all Hebrew labels on the Heinz bottles had to be changed from “ketchup” to “mitbal agvaniyot (tomato dip).” Osem further demanded that the bottles that were mislabeled “ketchup” be pulled off the shelves.

But on August 17, in what Globes called a likely “temporary victory,” the dippy decision was reversed. In a battle of terminology more than taste, Heinz fought fire with fire, or perhaps smoke with mirrors.

Rather than get dragged into a “yes-it-is; no-it’s-not” food fight, Heinz made an end run around Osem and got the rules changed. Now an amendment to the law by Finance Minister Moshe Kahlon and Health Minister Yaakov Litzman has redefined the Israeli ketchup standard. The justification for the change? To increase competition and encourage imports.

But there’s still one thing we don’t know:

What exactly is ketchup?

And what is it that makes it a favorite of young and old? (As my son-in-law Etan says about my grandson Moshe Pinchas, “He puts ketchup on his ketchup.”)

Get ready for a few surprises. First, the great American condiment isn’t American. It came from China … 500 years ago. Dan Jurafsky, author of The Language of Food: A Linguist Reads the Menu, wrote that ketchup comes from a Chinese fermented fish sauce “called something like ‘ke-tchup,’ ‘ge-tchup,’ or ‘kue-chiap,’ depending on the dialect.”

Not only that, but (drumroll, please), the original recipe for ketchup contained no tomatoes. You read that right. That’s no as in zero.

Jurafsky wrote, “Where modern ketchup is a very thick sweet and sour chutney of tomatoes, ketchup from about 1750–1850 mainly meant a thin dark sauce made of fermented walnuts or sometimes fermented mushrooms.”

What is the secret of the taste? Author Malcolm Gladwell wrote, “The taste of Heinz’s ketchup began at the tip of the tongue, where our receptors for sweet and salty first appear, moved along the sides, where sour notes seem the strongest, then hit the back of the tongue, for umami [savory or meaty] and bitter, in one long crescendo. How many things in the supermarket run the sensory spectrum like this?”

But now I’ll tell you the real secret to the success of Heinz — something that the experts overlooked:

The problem is that, instead of asking their research or marketing departments, Osem should have asked their Rabbis.

Today, from coast to coast, you can find something kosher to eat. But in 1924, when the Orthodox Union launched an agency to supervise food products, “kosher” was relegated to pockets of small Orthodox Jewish communities.

Then, in 1927, the H.J. Heinz Company became the first national brand with products certified kosher by the Orthodox Union. And it was the first company to carry the OU on many of its labels. (The Heinz art department even helped design the Ⓤ symbol.)

Heinz was kosher when kosher wasn’t cool. They even ran expensive ads every year to warn Jewish customers that the many (but not all) Heinz products that are kosher are not kosher for Pesach.

When Moshe battled Og, king of Bashan, G-d told Moshe, “Do not fear him, for I have given him into your hand …” ­(Bamidbar 21:34). Why would Moshe be afraid of Og? Rashi explains that Moshe was afraid because Og had the Heavenly Merit of having done a good deed (even though he did it for the wrong reason).

Osem made one huge mistake in their battle with Heinz:

You don’t mess with Merit.