How Do You Do? 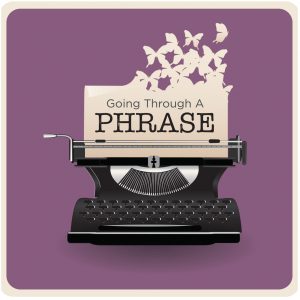 A reader in the old country — Gitti Kornfeld, in Yerushalayim — had some guests for Shabbos. She began the meal with some fanfare for a special new recipe and brought out the fish.

(Digression: You no doubt noticed I avoided saying “appetizer” or “entrée.” The Oxford English Dictionary defines entrée: “A ‘made dish’, served between the fish and the joint.”

This “joint” has nothing to do with arthritis. It’s British for roast. According to Oxford Dictionaries — based on New Oxford American Dictionary — “entrée” is “chiefly North American: The main course of a meal.” But in British joints, they define it, “A dish served between the first and main courses at a formal dinner.”

I still hear people call the appetizer the entrée. Maybe because it’s French for entrance. I could have said forshpayz. But to Chassidim, fish is the main event.)

To Mrs. Kornfeld’s surprise, her guests said “they don’t ‘do’ fish.” Then they went on to mention some other foods they also didn’t “do.”

“I used to eat fish; not do it,” Mrs. Kornfeld commented, adding, “Nowadays one asks, ‘What are you doing for supper?’ which I’ve learned means ‘What am I serving?’ not ‘Where am I going?’”

How did “do” get to do the things it’s doing? “I don’t do …” seems to imply more than just non-participation. It seems, as some New Yorkers would put it, to “have a lot of attitude.” It sounds like a short way of saying “that’s not something I would stoop to being involved with.”

In an interview with The New York Times, Lawrence Summers, chief economic adviser to the White House, was asked about his view on Treasury Secretary Timothy F. Geithner’s bank bailout plan, Summers replied, “I just don’t do ticktock.”

Ben Zimmer, language columnist of The Wall St. Journal, cited the journalese meaning of “ticktock” in an American Dialect Society forum. He quoted Wordspy: “A news story that recounts events in chronological order.” But, in this case, Zimmer said, it seems that Summer was saying that he doesn’t divulge “behind-the-scenes tales.”

In a column called “I Don’t Do Do,” William Safire took apart Summer’s usage. After wistfully recalling the days of wind-up clocks that went tick-tock, he focused on Summer’s use of the verb “do.”

Safire recalled a CNN interview with George W. Bush — a man not given to subtlety or shades of meaning. When the reporter pushed for “the nuance of [his] answer,” Bush replied, “In Texas, we don’t do nuance.”

The Oxford English Dictionary, in its senses of the word “do,” lists as number 18 what it calls a colloquial usage:

“With an adjective used as noun (with the): to behave in the way indicated by the adjective. Now archaic and rare … but subsequently usually with thing understood. … to do the agreeable, to do the civil, to do the grand, to do the polite, etc.”

In a related sense (28e), OED cites current usage: “With adjective as notional object: to (be able to) exhibit the behaviour described. Freq. in negative constructions.”

Not to be done in or undone by trendy word-dos, Safire went out after the vogue use of “do”:

“It struck me that this latest fad use of do was rooted in the stern warning of the prospective maid (later domestic servant, later domestic worker, now cleaning lady): ‘I don’t do windows.’”

This has nothing to do with computer geeks who prefer Apple Macs or Linux over Microsoft Windows. It goes back to before double-hinged windows in homes made it unnecessary to stand on a ladder or scaffold to clean the outside window glass.

Safire ran his hunch by Ben Zimmer (who would later replace him as The Times language columnist). Zimmer agreed. “I think your hunch is correct about the provenance of the ‘I don’t do X’ phrasal template.”

(Digression. If I’m ever going to be taken seriously in the language game, I’m going to have to learn to talk like that. In Brooklyn, we don’t do phrasal templates.)

But I interrupted Zimmer:

“There must have been a major influence from the stereotypical maid’s stipulation, ‘I don’t do windows,’ which attained catchphrase status by the mid-1970s. …”

Safire countered, “But does the ready acceptance of this ‘phrasal template’ mean we are living in syntax, undermining the rules of order and word relationships in sentence structure on which we base our grammar?”

Zimmer theorized that Summer’s usage “do ticktock” gave it a new syntactical meaning.

Safire replied, “I do usage, I do etymology, I do synonymy, I do nuance, I do metaphor, I do slang, I do a little light grammar, but I don’t do syntax.”

My brother Rabbi Nota Schiller, Rosh Yeshivah of Ohr Somayach, Yerushalayim, posited a conceptual approach: In an egalitarian society, doing is disconnected from achievement. Instead of needing to create a poem or painting as a mark of achievement, people do sushi.

But “do” has already made it all the way to the Supreme Court. Legal expert John Browning once offered to email some articles to the late Justice Antonin Scalia.

Scalia replied, “John, I don’t do the internet.”