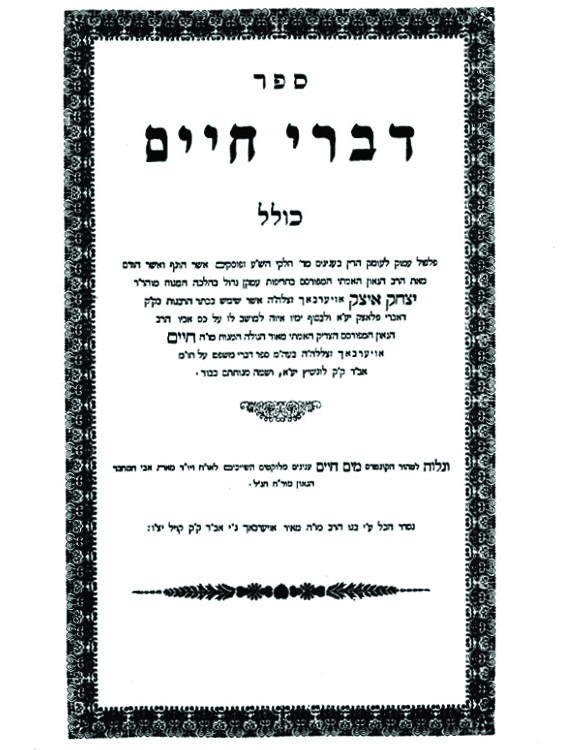 In 2488/1273 B.C.E., [as recorded in Yalkut Shimoni] Moshe Rabbeinu completed Mishneh Torah and was told by Hashem that his petirah was near.

Harav Yitzchak Auerbach was the son of Harav Chaim, Rav of Luntchitz and mechaber of Divrei Mishpat on Orach Chaim and Mayim Chaim on Yoreh Deah.

His brother, Rav Menachem, was Rav in Ostrovtza.

The family descended from the famed Rav Shlomo Zalman Auerbach.

Reb Yitzchak was a gaon with an exceptionally sharp mind; he was called Reb Yitzchak Charif.

His first rabbinic post was in Dobri. Later he served as Rav in Plotzk. Following the petirah of his father, he succeeded him as Rav in Luntchitz.

Reb Yitzchak was the author of Divrei Chaim, chiddushim on all four sections of the Shulchan Aruch.

His son was the Gadol Hador Harav Meir Auerbach, Rav in Kalisch and later in Yerushalayim, author of Imrei Binah.

In 1802, President Thomas Jefferson signed a measure authorizing the establishment of the U.S. Military Academy at West Point, New York.

In 1935, Adolf Hitler decided to break the military terms set by the Treaty of Versailles by ordering the rearming of Germany.