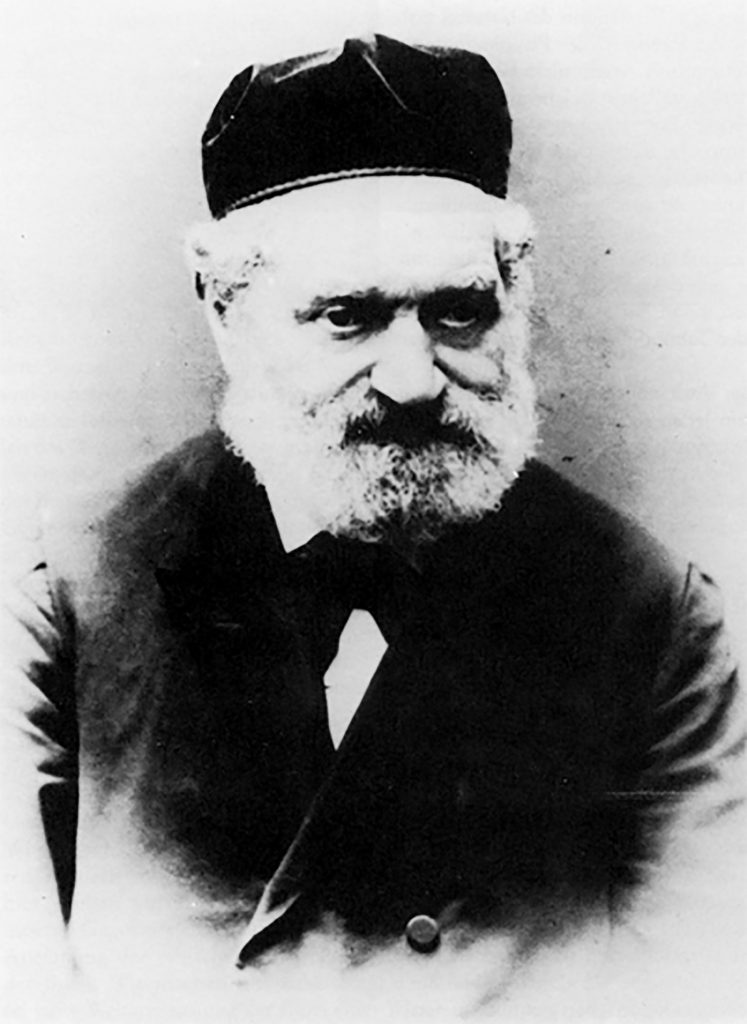 In 5643/1883, there were anti-Jewish riots in Budapest following the acquittal of Jews on ritual-murder charges.

Harav Azriel Hildesheimer was born in 5580/1820 in Halberstadt. His father was Rav Yehudah, a native of Hildesheim, a small town near Hanover.

He learned in the local yeshivah in Halberstadt and, from age 17 on, in the yeshivah of Harav Yaakov Ettlinger, the Aruch Laner, in Altona. Rav Azriel was reckoned among the closest talmidim of the Aruch Laner.

In 5611/1851 he became Rav of Eisenstadt, Hungary (now Austria), the principal city of the sheva kehillos. Subsequently, a community of about 200 Orthodox families in Berlin, dissatisfied with the local Rabbi, chose Rav Hildesheimer to be their Rav. He moved to Berlin in 5629/1869.

He soon established a religious school and a yeshivah, which 30 former talmidim of his at once entered. Rav Hildesheimer thus became the real intellectual founder and leader of the community Adas Yisrael.

In 5621/1861, Rav Hildesheimer received an offer from the Ksav Sofer to come to Pressburg and serve as Rav alongside him, but he turned down this offer.

Rav Hildesheimer was known for his hasmadah and ameilus in Torah. His custom was to enter the dining room only after the first course was served; this way he would gain an extra few minutes to learn.

Rav Hildesheimer exerted enormous energy into the fight against the “reformists.”

Financially independent, Rav Hildesheimer never accepted a salary. He was frequently engaged in philanthropic activities connected with his own community, and no labor was too great for him, no journey too long in the service of the poor and needy in Germany, Austria, Russia and even in Abyssinia and Persia. He took a special interest in the welfare of the Jews of Palestine; in 5620/1860, when the gentile missionary society of Palestine provided 70 free dwellings for homeless Jews, Rav Hildesheimer himself financed the building of houses in Yerushalayim for the free use of Jewish pilgrims and for the poor.

Of his writings, She’eilos U’teshuvos Rav Azriel and Chiddushei Rav Azriel on Shas have been published.

In 1831, the first steam locomotive began its first trip between Schenectady and Albany, N.Y.

In 1842, the United States and Canada resolved a border dispute by signing the Webster-Ashburton Treaty.

In 1859, the escalator was patented by Nathan Ames.

In 1892, Thomas Edison received a patent for a two-way telegraph.