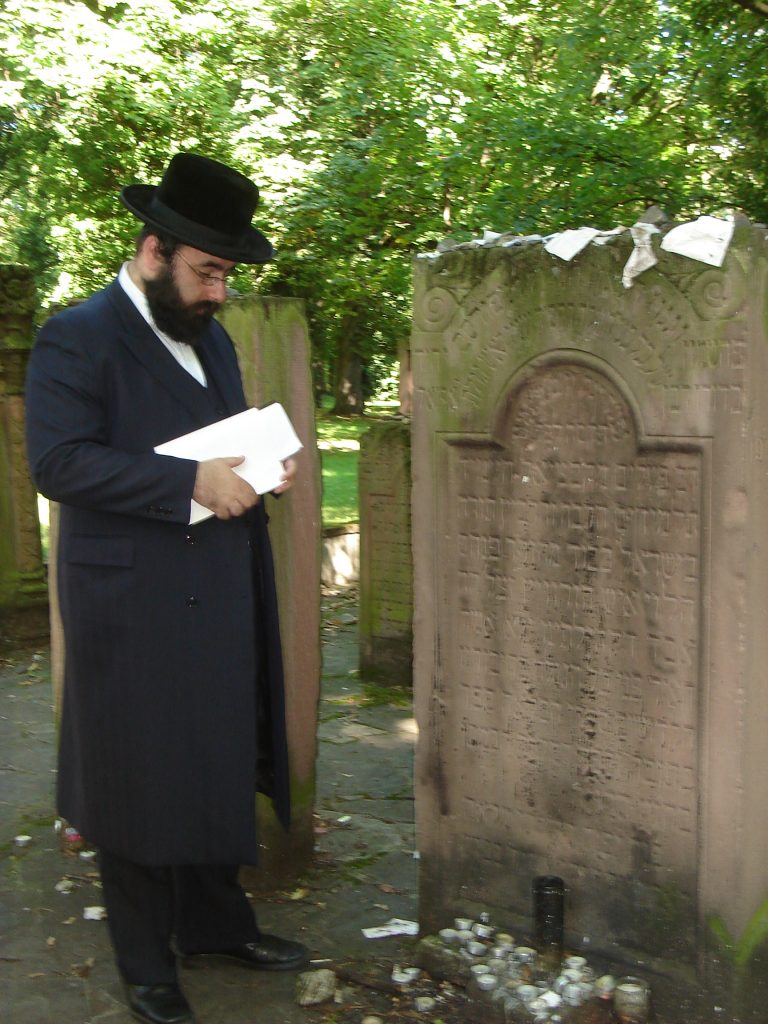 In 5701/1941, only a few days after Romania was annexed by Nazi Germany, the Nazis initiated a massive pogrom in the city of Yassi (Jassy) in which up to 24,000 Jews were killed al kiddush Hashem, Hy”d. The Skverer Rebbe, Harav Yaakov Yosef, zy”a, was miraculously saved, and afterward fasted annually on this date.

Harav Pinchas, the Baal HaHaflaah, was the son of Harav Tzvi Hersh, Rav of Chortkov. Harav Tzvi Hersh was a kadosh and tzaddik; he fasted from Shabbos to Shabbos, until he merited having two children who illuminated world Jewry: the Rebbe Reb Shmelke of Nikolsburg, and the Haflaah. In his youth, the Haflaah’s primary Rebbe was his father.

Rav Pinchas married the daughter of Harav Yoel Heilprin, who supported him generously, enabling him to devote himself entirely to study. After his chasunah he learned with his older brother Harav Nachum for about a year; as he wrote, “He accustomed me to learn in great depth, and influenced me with his vast chochmah.”

After about a year, when Rav Nachum was accepted as a Rav in a different location, he began learning with his other brother, the Rebbe Reb Shmelke.

As a young man he was accepted as Rav in the town of Vitkov; subsequently he became Rav in Lechovitch, Lithuania.

In 5532/1772 he was called upon to serve as Rav in the renowned city of Frankfurt-am-Main, Germany, where luminaries such as the Shelah and the Pnei Yehoshua had preceded him.

The Haflaah expressed his satisfaction with the Jews in the city, calling it “a city full of chachamim and sofrim.”

He would deliver shiurim where he would display his vast erudition and genius. His influence in Frankfurt was evident; even non-Jews revered the Rabbi of Frankfurt, and knew that he was a holy man.

During his last years, he suffered from poor eyesight and eventually went blind. The kehillah members brought the finest physicians to treat their Rav, but the Rebbe declined treatment on both eyes, claiming that for avodas Hashem one needs only one eye!

After serving the kehillah of Frankfurt for over 30 years, the Haflaah was niftar on 4 Tammuz 5565/1805 and was buried in Frankfurt. His sefarim are: Panim Yafos on Torah, Haflaah on Kesubos; and Hamakneh on Kiddushin.

In 1778, the Revolutionary War Battle of Monmouth took place in New Jersey; from this battle arose the legend of “Molly Pitcher,” a woman who was said to have carried water to colonial soldiers, then taken over firing her husband’s cannon after he became disabled.

In 1894, the U.S. Congress made Labor Day a national holiday.