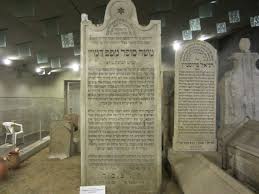 15 Sivan
Today is a Yom Tov as cited in Megillas Taanis, because on this date the residents of Beis She’an and Bikasa, who aided the enemies of Klal Yisrael, the Yevanim, were exiled from their homes by the Chashmona’im.
4859/1099, the Crusaders laid siege to Yerushalayim. As they conquered the city, the Crusaders massacred almost the entire population of Yerushalayim, including its Jews. The reign of the Christians lasted until 4947/1187. When it ended, it prompted additional Crusades.
5424/1664, the King of Poland denied the Jews of Vilna the right to deal in non-Jewish books.
5687/1927, the sixth Lubavitcher Rebbe, Harav Yosef Yitzchak Schneerson, zy”a, was arrested by agents of the Soviet secret police for disseminating Jewish learning and observance throughout the Soviet Empire. The Rebbe was held and tortured in prison and then sent to Kastroma, a prison camp, until his release on 12 Tammuz, which was achieved by the intense hishtadlus of Chassidim. Two years later, the Rebbe fled Russia and traveled to America. When WWII broke out he was in Warsaw. He was saved and returned to America, where he rebuilt Lubavitcher Chassidus.

5539/1779
Harav Shmuel Sofer of Frankfurt, zt”l, father of the Chasam Sofer
Harav Shmuel Sofer was the son of Harav Moshe, who was a descendant of Harav Shimon of Frankfurt, mechaber of Yalkut Shimoni. The mother of Reb Shmuel was the daughter of Harav Shmuel Shattin, the Maharsheshach. Rav Shmuel was named after this grandfather.
Reb Shmuel, an outstanding talmid chacham and lamdan, was also renowned for his tzidkus.
He married the daughter of Harav Elchanan of Frankfurt, who wrote a commentary on the siddur based on Kabbalah. The Rebbetzin was known as Reizel Tzaddekes. They were zocheh to a son whose Torah would enlighten the entire world: Harav Moshe, the Chasam Sofer.
Harav Shmuel was niftar on 15 Sivan 5539/1779.
Zecher tzaddik livrachah.

June 21
In 1788, the United States Constitution went into effect as New Hampshire became the ninth state to ratify it.
In 1834, Cyrus Hall McCormick received a patent for his reaping machine.
In 1942, German forces led by Generaloberst (Colonel General) Erwin Rommel captured the Libyan city of Tobruk during World War II. Following his victory, Rommel was promoted to Field Marshal; Tobruk was retaken by the Allies in November 1942.
In 1989, a sharply divided Supreme Court ruled that burning the American flag as a form of political protest was protected by the First Amendment.