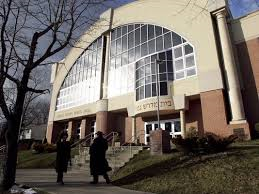 In 5416/1656, Harav Menashe ben Yisrael petitioned the Crown for permission for English Jews to practice Judaism, which was granted by the Council of State.

In 5611/1851, a fire consumed much of the town of Lubavitch, including the Tzemach Tzedek’s home and many valuable manuscripts.

In 5631/1871, Emperor Alexander II of Russia permitted the printing of Jewish books.

In 5687/1927, Harav Yosef Yitzchak, the Rayatz of Lubavitch, was released from prison, after being charged by the communists with disseminating Yiddishkeit. He was given a few hours to go home and prepare to embark on his three-year exile in Siberia, his punishment instead of a death sentence. After a few days he was freed.

In 5701/1941, 11,000 Jews in Kishinev were killed al kiddush Hashem. Minsk, the capital of Belarus, as well as the Baltic States, were captured by the Nazis.

Harav Yosef Chaim Shneur Kotler (known as Harav Shneur Kotler) was born in 5678/1918 in Slutsk, in the Belarus area of Russia. His father was Harav Aharon Kotler, zt”l, and his mother was Chana Perel Meltzer, a”h, daughter of Harav Isser Zalman Meltzer, zt”l.

In 1940/5700, while still a bachur, Rav Schneur received a visa from his grandfather Rav Isser Zalman Meltzer, who had emigrated to Eretz Yisrael, and went to join him. This saved his life.

After World War II he married Rischel, the daughter of Rav Malkiel Friedman of Kovno.

He joined his father, Harav Aharon Kotler, who had settled in Lakewood in 1947/5707 after his sojourn in Shanghai. Rav Shneur assumed leadership of Beis Medrash Govoha after his father was niftar in 1962/5723. Rav Shneur was known for his compassion and understanding for his talmidim.

At that time Lakewood was just a small community, but Rav Shneur expanded his father’s vision of building a true Torah community. It is largely to Rav Shneur’s credit that there are kollelim and yeshivos all over the world today, not only to learn Torah but to spread it far and wide.

Rav Shneur served on the Moetzes Gedolei HaTorah of Agudath Israel of America and the Rabbinical boards of the Torah Umesorah National Society for Hebrew Day Schools and Chinuch Atzmai. He was also active in the effort to help Jewish refugees from Russia and Iran.

Rav Shneur was niftar in 1982/5742 and was buried in Eretz Yisrael on Har Hamenuchos near his zeide, Harav Isser Zalman Meltzer, and his father, Harav Aharon Kotler.

In 1977, the U.S. Supreme Court struck down state laws and bar association rules that prohibited lawyers from advertising their fees for routine services.

In 1986, the International Court of Justice at The Hague ruled the United States had broken international law and violated the sovereignty of Nicaragua by aiding the Contras. The U.S. had already said it would not consider itself bound by the World Court decision.

In 1990, NASA announced that a flaw in the orbiting Hubble Space Telescope was preventing the instrument from achieving optimum focus. The problem was traced to a mirror that had not been ground to exact specifications; corrective optics were later installed to fix the problem.