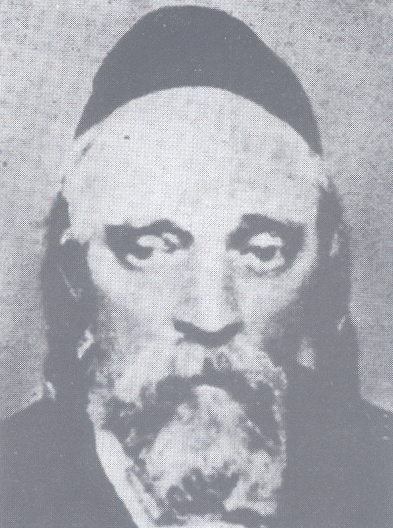 In 2489, the walls of the fortified city of Yericho fell and the Jews conquered it.

For seven days, Bnei Yisrael had marched around the city walls, preceded by Kohanim carrying the Aron and sounding the shofar. On the 7th day, which fell on Shabbos, the walls crumbled and the city was conquered (Yehoshua 6). Yehoshua then composed the tefillah of Aleinu Leshabei’ach.

Harav Shem Klingberg was born in 5632/1872 in Skolya. His father was Harav Avraham Mordechai, zy”a, a scion of Ziditchov and Komarna. His unusual name was given to him by his maternal great-grandfather, Harav Yitzchak Isaac Safrin, zy”a, the Heichal Habrachah of Komarna.

Rav Yitzchak Isaac was niftar on 10 Iyar 5634/1874, when Rav Shem was a young boy. His son Harav Eliezer Tzvi, zy”a, was named Rebbe in Komarna, while Rav Avraham Mordechai, the father of Rav Shem, settled in Zaloshitz, Poland, then under Russian rule.

The Chassidim in Zaloshitz appointed Rav Avraham Mordechai their Rebbe. But the Russian government decreed that those with Austrian citizenship be expelled and he was forced to leave. He settled in Cracow around 5650/1890, leading his Chassidim from there.

Rav Shem became the son-in-law of Harav Yisrael Horowitz of Wislitz, a scion of the Ropshitz dynasty.

After WW I, when Galicia became part of Poland, many Polish Chassidim flocked to his court in Cracow.

When the Germans captured Cracow in World War II, Rav Shem escaped and hid for two years in a nearby town, learning, teaching and encouraging those around him.

When the Cracow ghetto was established in March 1941, Rav Shem was smuggled into the ghetto. From there, he managed to write to his son about the murder of his Rebbetzin and daughters, Hy”d.

Rav Shem was taken out together with other Rabbanim on 28 Nisan 5703/1943 to the Plaszow Camp on the outskirts of Cracow. It has been reported that Rav Shem displayed no fear; he asked for a pair of tzitzis, with which he would recite Vidui. The Nazi officer refused but the Kapo asked the officer to fulfill the request, and tzitzis were brought to Rav Shem. He recited Vidui, and cried out, “May it be Your will that my death atone for all of Klal Yisrael!”

As he recited Shema Yisrael, bullets were fired, and Rav Shem perished.

Most of his writings were lost during the Holocaust. The little that survived appear in Oholei Shem.

In 1743, the third president of the United States, Thomas Jefferson, was born.

In 1870, the Metropolitan Museum of Art was founded in New York.

In 1970, Apollo 13, four-fifths of the way to the moon, was crippled when a tank containing liquid oxygen burst. The astronauts managed to return safely.