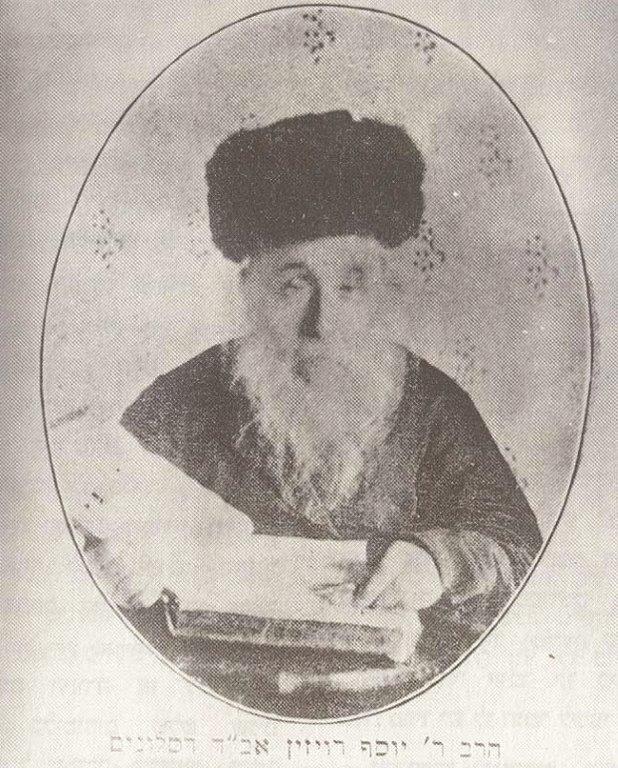 In 5478/1717, Frankfurt’s Jewish streets and shuls were burnt down and many Jewish valuables were destroyed or confiscated. This date was declared a public fast day in Frankfurt.

Harav Yosef Rosen was the son of Harav Yitzchak. He was one of the leading Torah authorities and poskim in Lithuania in his time.

Rav Yosef was appointed Rav in Telshe, and later Rav of Slonim.

He wrote the sefer Edus BiYehosef, a compilation of his responsa on Yoreh De’ah, while Rav in Telshe. Later, during his tenure as Rav in Slonim, he wrote another sefer, Poras Yosef, his responsa on Choshen Mishpat.

Rav Yosef chose Harav Yitzchak Yaakov Reines of Lidah, author of Edus L’Yaakov, as his son-in-law. It is related in the sefer Hizaharu Bichvod Chavreichem that once Rav Yosef visited Ponevezh together with Rav Yitzchak Yaakov. They were honored visitors of Harav Moshe Yitzchak Segal, the Mara D’Asra, who greeted them together with the tovei ha’ir and the leading talmidei chachamim of the city. They began with a Torah discussion. Rav Yosef raised a difficult question. Rav Moshe Yitzchak answered, opening an entire debate over the question, but the question remained unanswered in the end.

As they were leaving to the home of their host, Rav Yitzchak Yaakov turned to his father-in-law and asked him, “What has the Rav done?”

Rav Yosef asked him, “Regarding what?” To this, Rav Yitzchak Yaakov replied, “The Rav asked a question of the local Rav, in the presence of the talmidei chachamim of the city, and the result was that the Rav couldn’t answer it…”

“Oy,” exclaimed Rav Yosef in fright, “with that I have embarrassed him publicly…” As he was speaking, he fell in a faint.

In 1547, Ivan IV of Russia (popularly known as “Ivan the Terrible”) was crowned Czar.

In 1920, Prohibition began in the United States as the 18th Amendment to the U.S. Constitution took effect, one year to the day after its ratification. It was later repealed by the 21st Amendment.

In 2003, the space shuttle Columbia blasted off for what turned out to be its last flight. On board was Israel’s first astronaut, Ilan Ramon. The mission ended in tragedy on Feb. 1, when the shuttle broke up during its return descent, killing all seven crew members.