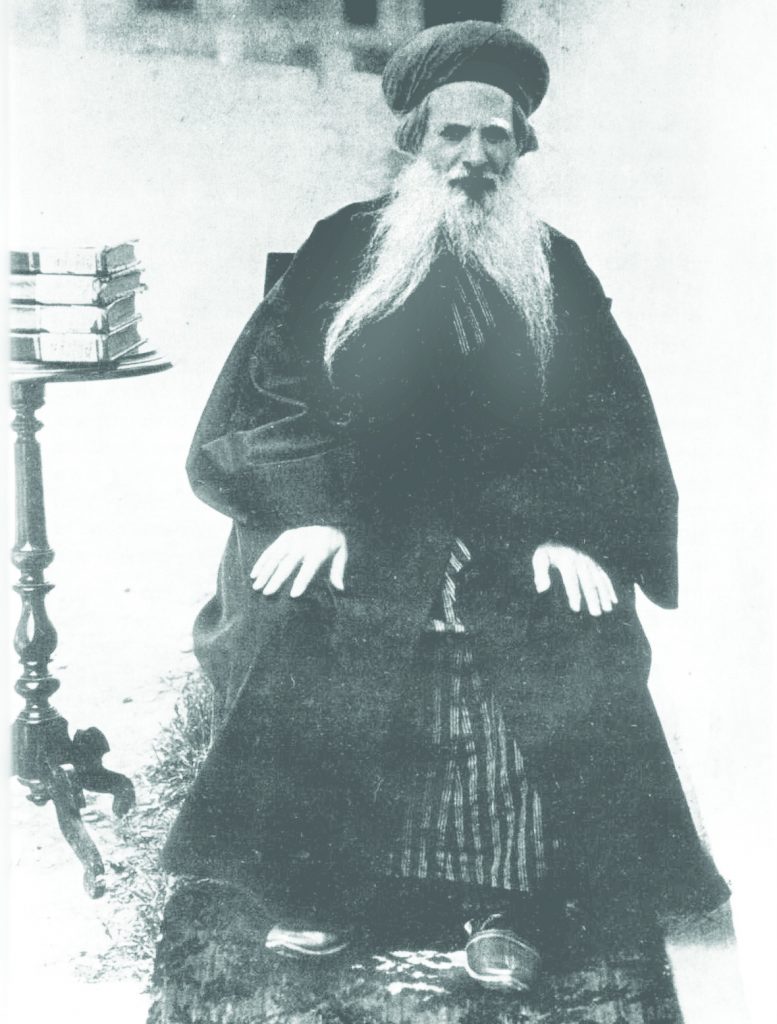 In 5678/1917, British forces captured Yerushalayim from the Turks.

Harav Chaim Chizkiyahu was born in 5595/1835 in Yerushalayim to Harav Rafael Aliyahu Medini, zt”l. As a boy, he earned a reputation as a talmid chacham. His main Rebbe was his father, but he learned from the many great chachmei Yerushalayim as well.

When he was only 18 his father passed away, leaving him with no means of support. Upon the advice of his Rebbes he emigrated to Kushta in Turkey, where his relatives supported him graciously. After about 14 years he acceded to the pleas of the people of Krasov-B’zar in Crimea, a Russian province, and became their Rav. Even though he received only a meager stipend, he declined offers of more prestigious positions; he saw it as his mission to help this small community grow in ruchniyus.

Harav Chaim Chizkiya is the mechaber of the multi-volume Sdei Chemed, from which we can get a glimpse of his wide-ranging bekius in Torah.

He was extremely humble. It is told that he walked into shul at times when people were standing anyway, at Baruch She’amar or Vayevarech Dovid, so people would not have to get up especially for him.

In his later years, in 5659/1899, he returned to Eretz Yisrael to be able to finish his chibbur. Initially he rejected all offers to serve as a Rav, but when the Rav of Chevron was niftar he accepted the position. There he spent the last few years of his life, initiating tzedakah projects and inyanei chessed. Before his petirah he asked that whoever knew of any sin he did should notify him before he ascended to the Olam Ha’emes, because he had to repent for each and every “sin.” He was niftar at a ripe old age on 24 Kislev 5665/1904.

Besides Sdei Chemed, Reb Chaim Chizkiyahu was mechaber a number of other sefarim, among them Or Li, Pekuos Hasadeh, and Michtav L’Chizkiyahu.

It was told that about a year after his petirah, vandals tried to open his kever and remove his body. They were so shocked to find his holy body as fresh as on the day he was buried that they fled.

In 1787, Pennsylvania became the second state to ratify the U.S. Constitution.

In 1946, a United Nations committee voted to accept a six-block tract of Manhattan real estate offered as a gift by John D. Rockefeller, Jr. to be the site of the U.N.’s headquarters.

In 1947, the United Mine Workers union disaffiliated from the American Federation of Labor