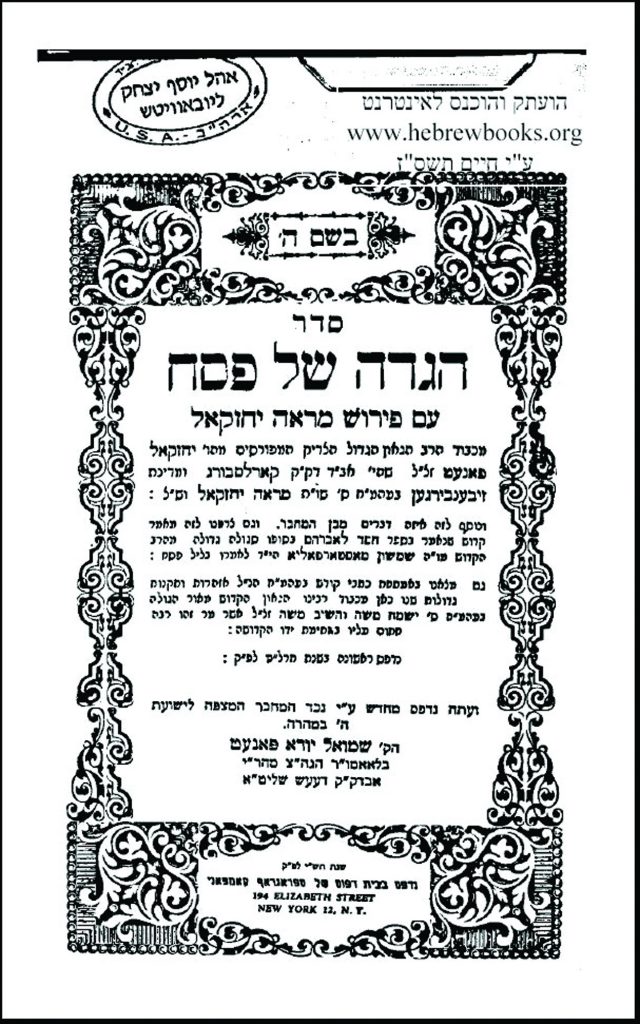 In 5118/1357, Charles IV issued letters of protection for the Jews of Strasbourg. Two years later, mobs burned 1,000 Jews, Hy”d, and forced many others to convert, R”l.

In 5383/1622, the King of Denmark invited Jews of Amsterdam to settle in the Danish territory of Norway and enjoy religious freedom.

Harav Yechezkel Panet was born on the last day of Chanukah 5630/1870. His father was Harav Moshe of Dezh, zy”a.

At the age of just seven years, Yechezkel was already formulating chiddushei Torah; his grandfather, Harav Menachem Mendel of Dezh, zy”a, allowed him to begin wearing tefillin at this age.

He went on to the yeshivah in Munkacs, where he learned with Harav Chaim Elazar Shapira, zy”a, later the Minchas Elazar of Munkacs. He was fluent in Toras hanistar in addition to Shas and Poskim.

He married the daughter of Harav Shmuel Yehudah Pollack from Oiber-Vishiva.

Rav Yechezkel was active and influential in klal issues. He took part in an asifah of Rabbanim in Budapest in 5646/1886, when he was just 16 years old.

Following the petirah of his father in Kislev 5663/1902, Rav Yechezkel was appointed Rav and Rebbe in Dezh, becoming the third generation of his family to serve as Rav there. During his tenure as Rav, the local yeshivah grew.

He was also Chief Rabbi of Transylvania as well as the Rosh Kollel of Zibinbergen, which he helped found.

His sons were Harav Yaakov Elimelech of Dezh, Harav Yosef of Dezh and Harav Moshe of Dezh-Shatz.

After his petirah, manuscripts he wrote covering many Torah topics, including Chassidus, Gemara and halachah, were discovered; they were later published as Knesses Yechezkel.

In 1939, the Winter War began as Soviet troops invaded Finland. (The conflict ended the following March with a Soviet victory.)

In 1960, the last DeSoto was built by Chrysler, which had decided to retire the brand after 32 years.

In 1966, the former British colony of Barbados became independent.

In 1981, the United States and the Soviet Union opened negotiations in Geneva aimed at reducing nuclear weapons in Europe.

In 1993, President Bill Clinton signed the Brady Bill, which required a five-day waiting period for handgun purchases and background checks of prospective buyers.