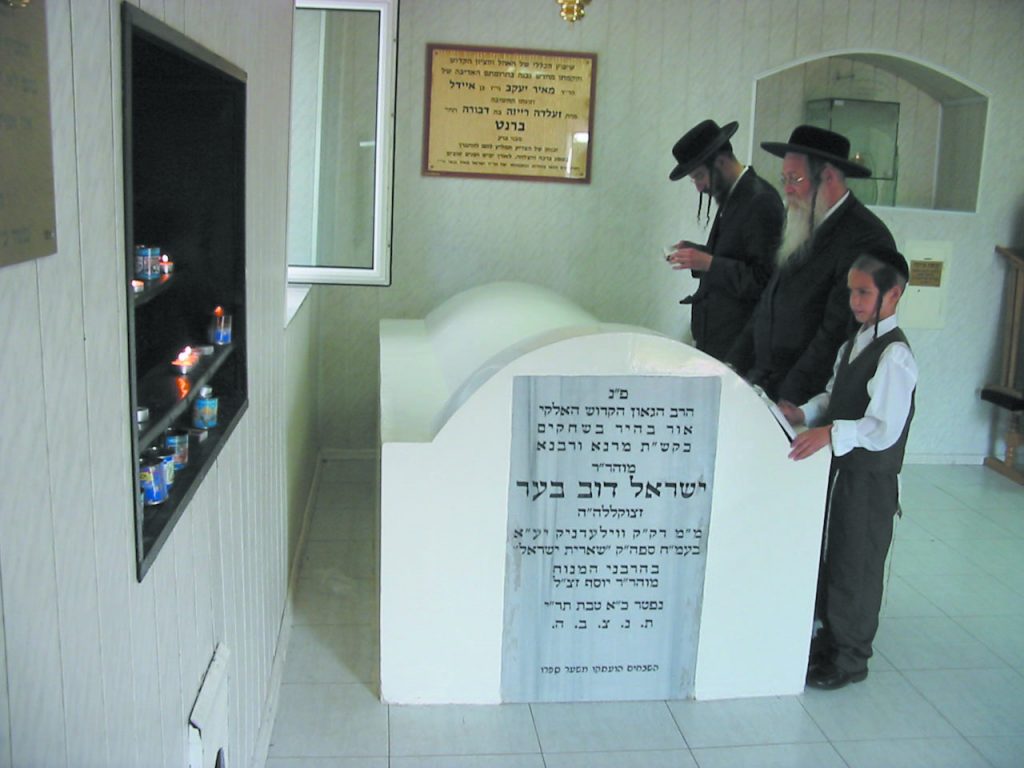 In 5727/1967, the Bahalul-Minkovsky Commission of Inquiry was given its mandate by the Israeli government to investigate the disappearance of at least 1,700 Yemenite children brought to Israel between 1948 and 1954.

Harav Yisrael Dov Ber of Vilednik was born in Katelna, near Berditchev, Ukraine. His father, Reb Yosef, was a melamed.

Yisrael Dov was orphaned of his father at a very young age (4 or 5), and it was largely the inspiration and enthusiasm of his mother that catapulted him onto the path of greatness.

When Yisrael Dov was about 10 years old, his mother became critically ill and realized that her days were numbered. She asked her son to bring her a sefer.

Since his mother couldn’t read Lashon Hakodesh, Yisrael Dov was surprised by the request. He asked which sefer she wanted, to which she replied that it made no difference. He brought her a large volume of Rif, and she grasped it in her two hands and cried out, “Holy letters! Please beseech Hashem that my son Yisrael should grow up to be an ehrliche Yid!”

“This was the most she could do to help me before she passed away,” wrote Reb Yisrael Dov.

After his mother’s passing, Yisrael Dov remained in his home town, where the local Jews cared for him. Because of this, he was able to devote himself to learning Torah day and night, and even before his bar mitzvah he became known as the “iluy of Katelna.”

Reb Yisrael Dov traveled to many of the Rebbes of his generation. As a young bachur, he still was able to go to Harav Levi Yitzchak of Berditchev, zy”a. His primary Rebbe was Harav Mordechai of Chernobyl, zy”a, to whom he often traveled even after he had established his own court.

The ultimate goal of Reb Yisrael Dov was to inspire people to do teshuvah.

Reb Yisrael Dov helped many childless couples in need. However, he was not zocheh to have children of his own.

He left behind the sefer She’eiris Yisrael, which is his work of Torah and Chassidus. The sefer is divided into three parts: Shaar Hiskashrus (about connecting to tzaddikim), Shaar Hazmanim, and Shaar Hashovavim, all of which contain both short and long articles and drashos.

His sefarim were published after his petirah in 5625/1865 in Lvov. The publisher writes in his introduction that he published it upon the advice of Harav Aharon of Chernobyl, who said it was eminently worthy of appearing in print. He also received the brachah of Harav Dovid of Tolna, zy”a.

In 1915, Germany carried out its first air raid on Britain during World War I as a pair of Zeppelins dropped bombs onto Great Yarmouth and King’s Lynn in England.

In 1960, the Treaty of Mutual Cooperation and Security between Japan and the United States of America was signed by both countries in Washington, D.C.

In 1966, Indira Gandhi was chosen to be prime minister of India by the National Congress party.

In 1977, on his last full day in office, President Gerald R. Ford pardoned Iva Toguri D’Aquino, an American convicted of treason for making English-language radio broadcasts from Japan aimed at demoralizing Allied troops in the Pacific Theater during World War II. (Although she was popularly referred to as “Tokyo Rose,” D’Aquino never used that name, and was believed to be one of a group of female broadcasters.)