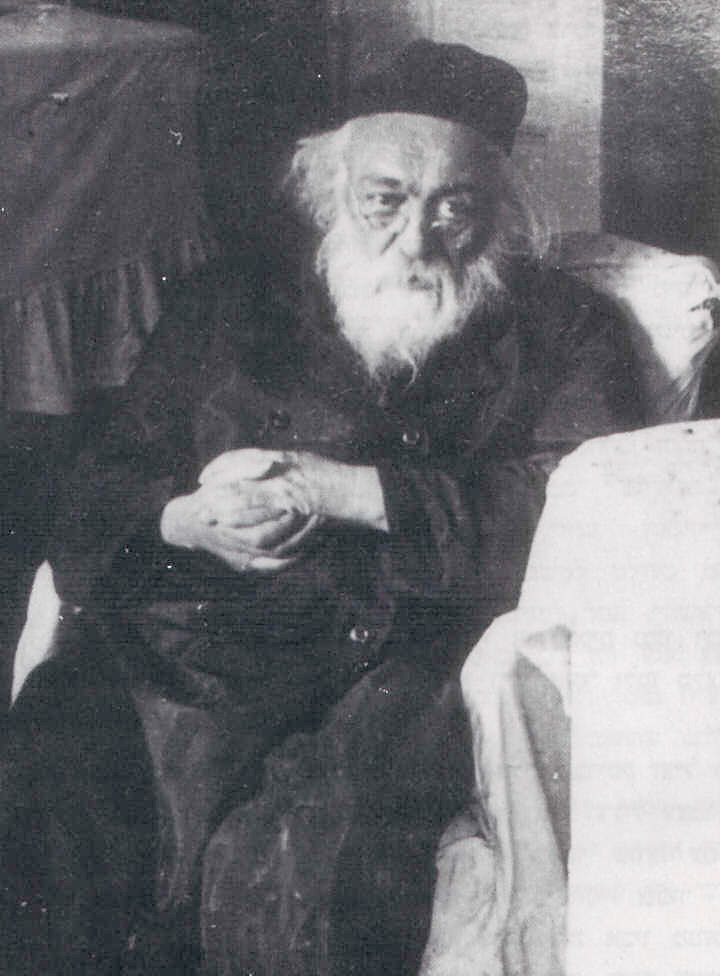 In 5694/1934, the Reichstag entrenched the power of Hitler when it appointed him head of state and commander in chief of the German armed forces.

Harav Chaim of Brisk was born in 5613/1853 in the city of Volozhin. His father was the Gaon Harav Yosef Dov, zt”l, who was then serving as a Rosh Yeshivah in Volozhin. A few years later, Harav Yosef Dov was appointed Rav in Slutzk, and it was there that Rav Chaim received his earliest chinuch.

As a young boy, he was recognized for his extraordinary talents. His quick, clear grasp, his sharp wit and his ability to penetrate to the heart of the matter were evident both in Torah and in worldly matters.

When he was about 20 years old, he married the daughter of the Gaon Harav Rafael Shapira, zt”l, son of Harav Leibele Shapira of Kovno, zt”l, and son-in-law of the Netziv of Volozhin, zt”l.

Rav Chaim settled in Volozhin, and his unique method of learning had an immediate impact on the yeshivah. In 5640/1880 he was appointed Rosh Yeshivah and began to deliver the remarkable Gemara shiurim that made him renowned in the Torah world. For 12 years he gave shiurim and guided thousands of students, many of whom later became famous Torah leaders.

During the last years of the yeshivah’s existence, when the queries, complaints and edicts of the Russian government increased, nothing was decided without Rav Chaim.

In 5652/1892 the Russian government closed the yeshivah of Volozhin and Rav Chaim moved to Brisk, where his father was serving as Rav. That year, his father passed away and Rav Chaim was appointed to fill his place.

The Brisker Rav vehemently opposed the evolving Zionist movement, as well as other popular new factions that did not totally adhere to the dictates of Torah and yiras Shamayim.

His influence on Torah learning increased in Brisk. Torah leaders recognized him as the Gaon of the generation, and yeshivah students all over saw him as their teacher.

The Brisker Rav’s derech halimud was an eternal, if revolutionary, breakthrough in the yeshivah world. In Brisk one breaks down the many components of a sugya and discerns their minute differences in order to resolve seeming contradictions.

Rav Chaim headed the rabbinate in Brisk for over 20 years. When World War I broke out and the residents of Brisk were forced to leave the city, Rav Chaim traveled to Minsk.

In 5678/1918 he was permitted by the authorities to travel to Warsaw and from there, with his health declining, he headed for Otvotzk, a suburb of Warsaw that also served as a health resort. That same year he was niftar on Tuesday, 21 Av, and was buried in Warsaw, adjacent to his grandfather, the Netziv.

In 2003, Alabama’s chief justice, Roy Moore, was suspended for his refusal to obey a federal court order to remove his Ten Commandments monument from the rotunda of his courthouse.