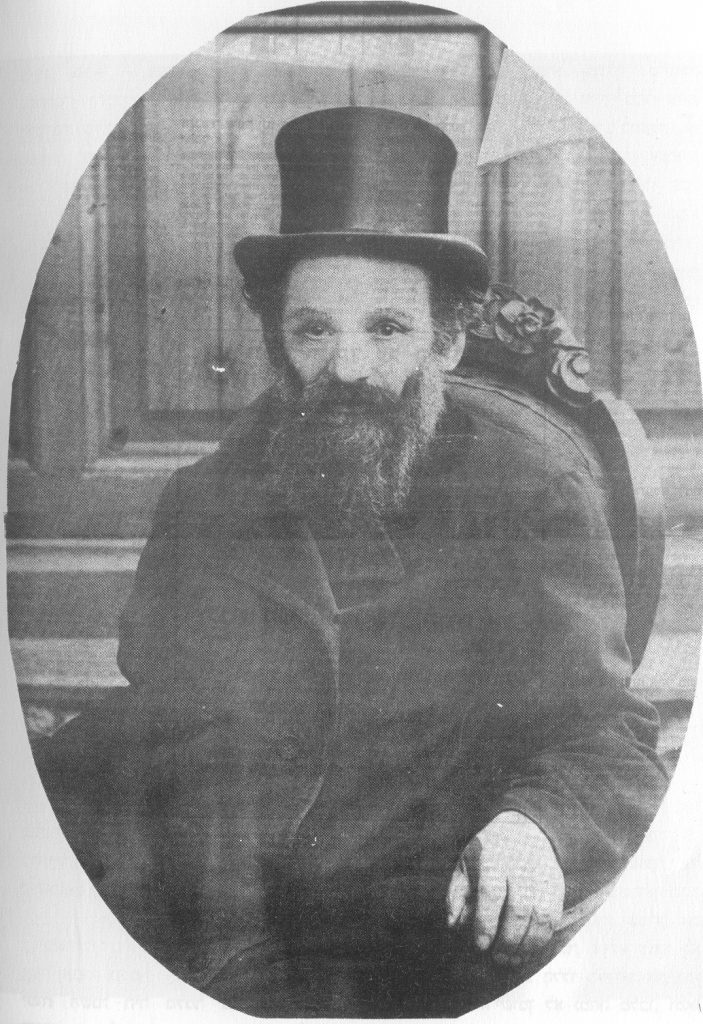 In 4996/1236, the Jews of Narbonne, France, were saved from a mob. After a Jew and a wealthy gentile fish merchant quarreled, the fish merchant suddenly died. Angry mobs attacked the Jewish community and confiscated the sefarim of the Rav, Harav Meir ben Harav Yitzchok, claiming that he was at fault in the merchant’s death. The Jews were saved when the ruler, Don Emmerich, intervened and restored order. This is the oldest known community Purim.

Harav Yitzchak Yaakov Rabinowitz was born in 5614/1854 in Sharshab, near Grodna. His father was Harav Shmuel Leib.

At seven years of age young Itzeleh, as he was fondly known, learned under a melamed who lived in Bialystok, returning home for Yom Tov. At that time, the Rav of Bialystok was Harav Meir Simchah Hakohen, zt”l, later famous as the Rav of Dvinsk

When this melamed returned home for Yom Tov, he would present to Rav Meir Simchah the questions that his young protegé had asked him. These questions surprised Rav Meir Simchah with their depth. Later, when he met Rav Itzeleh, he would remind him that he knew him from his days as a child, through the melamed.

At the age of 14 Rav Itzeleh was chosen by a rich man, who sought a talmid chacham, to be the chassan of his daughter.

Three years later, at 17, Rav Itzeleh married and, as was customary, lived with his father-in-law, who took care of all his needs. His father-in-law gave him some property with which to support himself, but Rav Itzeleh could not tend to it properly; he was solely dedicated to learning.

Rav Itzeleh would go to Brisk, not far from his father-in-law’s estates, where he forged a close connection with the Brisker Rav. He learned with the Rav’s son, Rav Chaim, zt”l, before Rav Chaim was appointed Rosh Yeshivah in Volozhin.

In 5648/1888 Harav Nosson Tzvi Finkel, zt”l, founder of the Slabodka yeshivah, decided to appoint a permanent Rosh Yeshivah there. He chose Rav Itzeleh, whom the bachurim respected.

A few years later Rav Itzeleh moved to Ponevez, where he served as Rav. He had dreamed of being a Rosh Yeshivah, teaching bachurim the correct way to learn, and in 5671/1911 he reached this goal.

Most of Rav Itzeleh’s halachic responsa were lost. Those that were published are called Zecher Yitzchak, “a memory of Yitzchak,” for this is all that remained of the teshuvos.

In 1849, the Austrian Reichstag was dissolved.

In 1854, U.S. Commodore Matthew C. Perry made his second landing in Japan. Within a month, he concluded a treaty with the Japanese.

In 1948, the Supreme Court, in McCollum v. Board of Education, struck down voluntary religious education classes in Champaign, Illinois, public schools, saying the program violated separation of church and state.