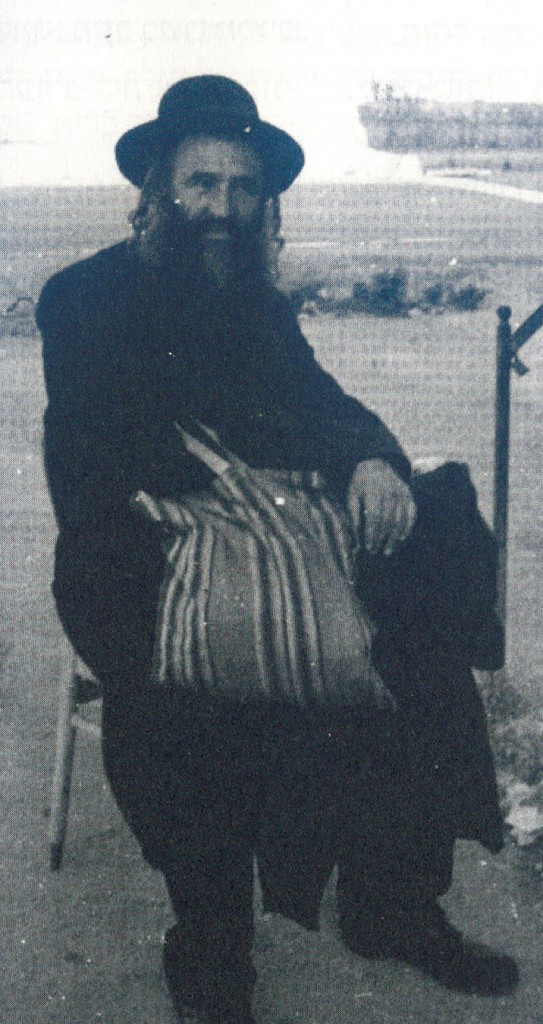 Harav Yosef Waltuch, zt”l, famed mekubal and a grandson of the Maggid of Zlotchov

Harav Yosef Waltuch was born in Poland on 30 Tishrei 5682/1921. When he was eight years old his father, Harav Simchah Bunim, a descendant of the Zlotchover Maggid, moved the family to Eretz Yisrael.

At a very young age he lost his mother, but Reb Yosef found comfort in learning Torah. A masmid, he was rarely seen without a sefer in his hand.

In Yerushalayim Reb Yosef merited a close connection with Harav Shlomo of Zhvil, also a descendant of the Zlotchov dynasty. He was also Reb Yosef’s shadchan. All Reb Yosef’s ways were based upon Reb Shlomke’s directives.

Reb Yosef lived in the Old City of Yerushalayim, and learned Kabbalah on a daily basis in the nearby Yeshivat Beit El.

Besides his connection with the Zhviller Rebbe, Reb Yosef was also close with Harav Mordechai Sharabi, Harav Moshe Mordechai of Lelov, and Harav Meir Abuchatzeira of Ashdod.

Reb Yosef’s wife was ill all her life, spending much of her time in the hospital, but he never complained, accepting this as a Heavenly decree.

Reb Yosef was outstanding in all facets of the Torah.

Like many other tzaddikim nistarim, Reb Yosef chose belittling work; he was a street sweeper in Tel Aviv. He was known as the “holy street sweeper.”

Although he lived in Tel Aviv, Reb Yosef davened at the Kosel at least once a week.

During his visits to Yerushalayim Reb Yosef met with many of the city’s famed mekubalim.

Fluent in many of the Arizal’s works, Reb Yosef delivered shiurim across Eretz Yisrael.

He was buried on Har Hazeisim in Yerushalayim.

In 1862, President Abraham Lincoln signed the Homestead Act, which was intended to encourage settlements west of the Mississippi River by making federal land available for farming.

In 1902, the United States ended a three-year military presence in Cuba as the Republic of Cuba was established under its first elected president, Tomas Estrada Palma.

In 1927, Charles Lindbergh took off from Roosevelt Field in Long Island, New York, aboard the Spirit of St. Louis on his historic solo flight to France.

In 1932, Amelia Earhart took off from Newfoundland to become the first woman to fly solo across the Atlantic. (Because of weather and equipment problems, Earhart set down in Northern Ireland instead of her intended destination, France.)

In 1959, nearly 5,000 Japanese-Americans had their U.S. citizenship restored after renouncing it during World War II.

In 1970, some 100,000 people demonstrated in New York’s Wall Street district in support of U.S. policy in Vietnam and Cambodia.