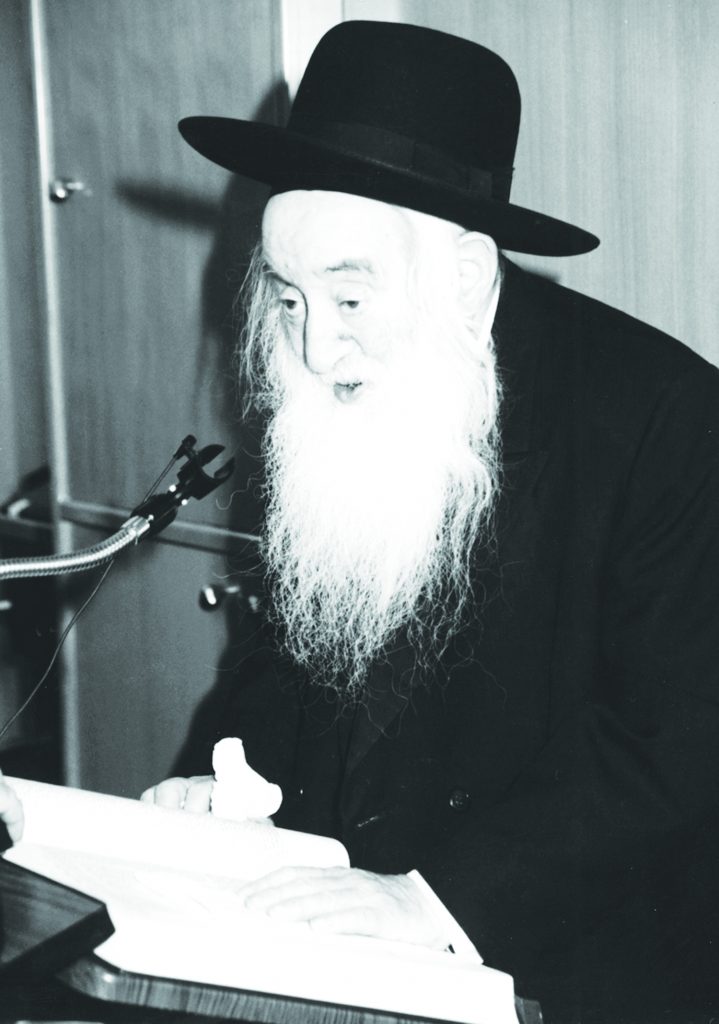 Harav Nosson Meir Wachtfogel was born on 9 Adar 5670/1910 in Kuhl, Lithuania. His father, Harav Moshe Yom Tov, was a talmid of the Slabodka Yeshivah and one of the 14 original talmidim of the yeshivah in Slutsk. (Another of those students was Harav Aharon Kotler, zt”l, later Rosh Yeshivah of Beth Medrash Govoha.)

Rav Nosson learned first in Kelm. When his father accepted a rabbinic post in Montreal, Rav Nosson, 15 years old, came to the United States and enrolled in Yeshivas Rabbeinu Yitzchak Elchanan. After two years there, however, he returned to Lithuania to learn at Yeshivas Mir. He also learned in Grodno under Harav Shimon Shkop, zt”l, who gave him semichah, and in Kamenitz under Harav Baruch Ber Leibowitz, zt”l. It is said that before Rav Nosson left Kamenitz, Rav Baruch Ber asked to see the semichah from Harav Shimon Shkop. Reviewing it, Reb Baruch Ber decided that it was not effusive enough in its praise of Rav Nosson, and he replaced it with a new semichah.

As a Canadian citizen, Rav Nosson was able to flee Europe when World War II broke out. Now married, after a circuitous journey he reached America once more and settled in New York.

Beginning in 5701/1941, Rav Nosson joined with Harav Aharon Kotler to develop the Yeshivah of Lakewood, which grew into one of the largest and most influential yeshivos in the world. Taking the position of Mashgiach, Rav Nosson’s role was to supervise the ruach of the yeshivah, including delivering mussar shmuessen. Rav Nosson was also the force behind the establishment of community kollelim around the world, where young married men learn and make themselves available to teach the local baalei batim.

Rav Nosson was known for his yearning for Moshiach. Like the Chofetz Chaim, zt”l, Rav Nosson kept a suit ready to put on when greeting Moshiach.

In his last years, Rav Nosson brought Harav Mattisyahu Salomon, shlita, from Gateshead, England, to be his successor.

In 1804, Napoleon crowned himself Emperor of the French.

In 1816, the first savings bank in the United States, the Philadelphia Savings Fund Society, opened for business.

In 1939, New York Municipal Airport-LaGuardia Field (later LaGuardia Airport) went into operation as an airliner from Chicago landed at one minute past midnight.