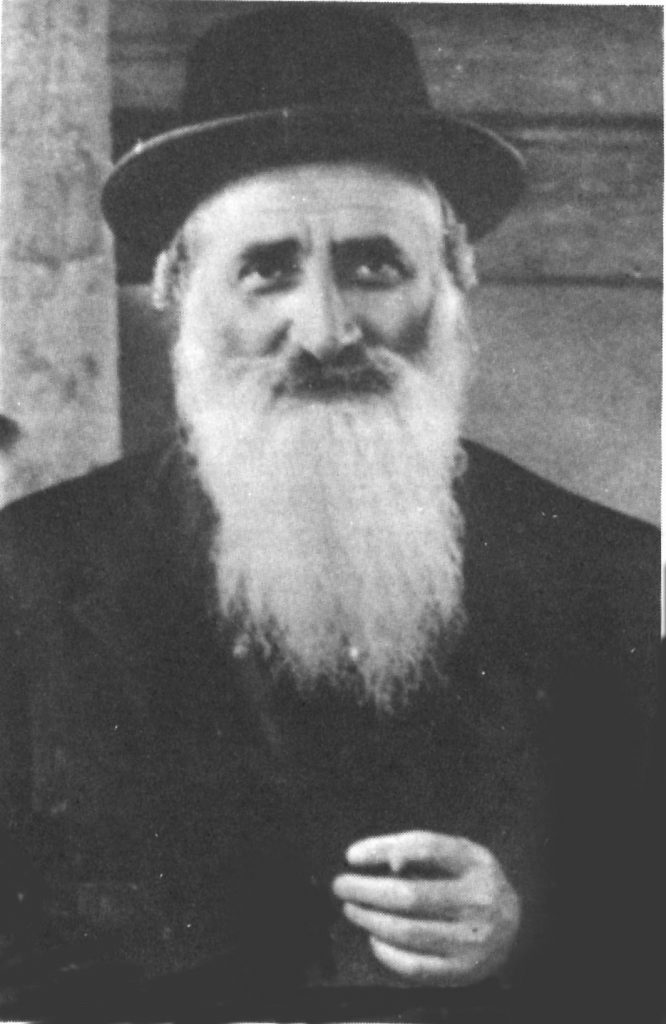 5313/1553, the Pope ordered the confiscation and burning of all copies of the Talmud.

Harav Eliezer Hager was born on 22 Shevat 5652/1892. His father was Harav Yisrael, the Ahavas Yisrael of Vizhnitz, zt”l. Even as a child he displayed a sharp mind, an excellent memory and great depth in learning. He later received semichah from the Maharsham of Brezan.

In 5667/1907 he married Chava a”h, daughter of Harav Yitzchak Meir Heschel, the Kopyczynitzer Rebbe, zy”a. His Rebbetzin passed away in Adar 5724/1964 without having borne him any children.

Prior to World War I, Vizhnitz, a small town in Bukovina, was a stronghold of Torah and Chassidus. Its population was mostly Jewish. Its mayor was Jewish and most of its stores and businesses were closed on Shabbos.

During the war, the Russians captured Bukovina and wanted to imprison the Ahavas Yisrael, but he miraculously escaped and moved to Grossvardein, Transylvania. Meanwhile, his son, Harav Eliezer, went to Vienna to stay with his father-in-law.

When the Russians retreated, the heads of the community asked the Ahavas Yisrael to return to his hometown. He declined, and instead sent his son, Rav Eliezer.

Thus, in 5682/1922, Rav Eliezer Hager was cast into the role of spiritual leader of the city of Vizhnitz.

He established a yeshivah, Beis Yisrael V’Damesek Eliezer, and later expanded the yeshivah by adding a modern dormitory and kitchen facilities. He also reorganized the Talmud Torah, and concerned himself with the teachers’ salaries. He personally tested the talmidim, and set up a fund to provide them with clothing. He went on to establish a network of girls’ schools in Vizhnitz and in the surrounding neighborhoods, bringing in Bais Yaakov graduates from Germany to be the teachers.

In 5696/1936, after his father’s petirah, Rav Eliezer established his own Chassidic court, as did his brothers, the Mekor Baruch and the Imrei Chaim.

Miraculously, he escaped World War II when he traveled to Klausenburg to attend the wedding of one of his talmidim. He moved to Arad in Hungary and then to Temeshvar, where he lived for three years.

The Damesek Eliezer, as he was called by then, immigrated to Eretz Yisrael and reestablished his yeshivah in Tel Aviv. (It had moved to Grossvardein with the onset of World War II.) A few months after he arrived in Eretz Yisrael, he fell ill with a grave stomach ailment to which he finally succumbed on his father’s birthday, 2 Elul 5606/1946.

He was buried on Har Hazeisim.

In 1967, a group of demonstrators led by Abbie Hoffman caused a disruption at the New York Stock Exchange by tossing dollar bills onto the trading floor.